The 2019 AICP Next Awards Announced in New York 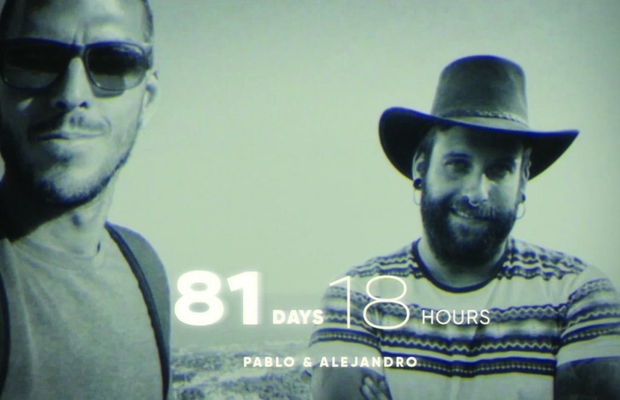 The 2019 AICP Next Awards debuted at The Tishman Auditorium in New York on June 4th. The AICP Next Awards is one of the tent pole events of AICP Week – which also includes the premiere of the AICP Show: The Art & Technique of the American Commercial and the AICP Week Base Camp, which features educational seminars and panels.

The Most Next honour – which is selected from all the winners in the Next categories - went to Pernod Ricard’s 'The Time We Have Left', from Leo Burnett Madrid. The winning entry (which was also honoured in the Next Social category) was a holiday-themed ad for the Spanish liqueur Ruavieja (a Pernod Ricard brand). The piece focuses on a tool that allows people to calculate how long they have left to spend time with their loved ones. As part of the project, they united close friends and family members and filmed their reactions when they got to see just how brief this amount of time was, resulting in tears shed and realisations that life is fleeting, especially when compared to the amount of time spent online or gazing at digital devices. The spot, directed by Felix Fernandez de Castro of Tesauro, was a sensation in Spain, generating millions of views and opening a dialogue about the value of relationships and the need for people to stay connected in real life.

The winner of the Most Next honour directs a $5,000 grant from the AICP Foundation to an educational institution of their choosing. Leo Burnett Madrid has directed the grant to Reboot & Recover, a Florida-based non-profit with a mission to help people reduce their screen time by providing solutions for balanced living in a technology-driven world. The organisation launched an initiative on Instagram called #ScreenTimeChallenge to raise money and awareness, and get people to reduce their screen time; research shows that spending three or more hours a day on a screen is linked to depression and unhappiness. To participate, users share a screenshot of their Screen Time from their device on Instagram, add a poster found on the organisation's site, and tag three friends and challenge them to join the #ScreenTimeChallenge, and donate 10 times our screen time over three hours to Reboot & Recover. Mark Tutssel, executive chairman of Leo Burnett, who accepted the grant on behalf of Leo Burnett Madrid, invited the audience at the Next Awards to take the challenge.

Jaime Robinson, co-founder and chief creative officer at JOAN Creative, served as this year’s AICP Next Awards Judging Chair, as well as the master of ceremonies at the Next Awards. Like the AICP Show, The AICP Next Awards are preserved in The Museum of Modern Art’s Department of Film’s state of the art archives for future generations to study, and are available for use or exhibition by the museum’s curators. All individual works and each year’s shows in their entirety can be viewed exclusively on the AICP Awards Archive website.

The AICP Next Awards recognises work in 12 categories: Augmented Reality, Branded Content, Digital Experiences, Experiential, Influencer, Innovation, Integrated Campaign, Pre-Roll, Purpose Driven Advertising, Social, Virtual Reality/360 Video, and Viral/Web Film. The Next Awards Judging Chair and the Jury Presidents from each category, along with select Curators At Large, choose The Most Next Award (Best in Show) from among the category winners.

Robinson served as master of ceremonies at the Next Awards debut. In addition to unveiling the honorees, the winning Integrated Campaigns – Burger King’s “The Whopper Detour,” via FCB New York and Samsung Global’s “Samsung x Fortnite: The Galaxy Skin,” via R/GA – presented live case studies.

A full roster of AICP Next Awards winners includes:

Netflix 'Talk to the Reasons - 13 Reasons Why'

Agency: We Are Unlimited

Agency: We Are Unlimited

March For Our Lives 'Price On Our Lives'

Pernod Ricard 'The Time We Have Left'

Squarespace 'Make It with Idris Elba'

Sibling Rivalry created the staging, opening sequence and graphic navigation for the AICP Next Awards premiere, and Yessian provided the music. A series of films featuring the Jury Presidents and Curators offering insights into the winning work and the industry at large were shown during the presentation of the Next Awards. They were directed by Harrison Boyce of Sibling Rivalry.