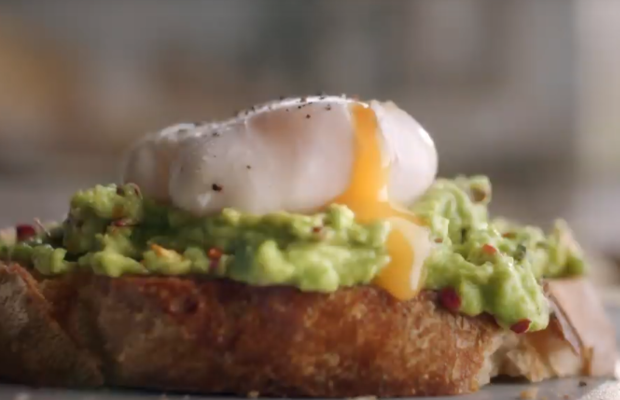 Waitrose & Partners is offering customers a behind the scenes glimpse of real farms and producers in a new ‘slow-TV’ style advertising campaign focused on the importance of taste.

Launching from 5th February 2020, the multi channel campaign ‘You can taste when it’s Waitrose & Partners’ will highlight the stories that sit behind Waitrose products, highlighting how the retailer’s commitment to sourcing the best quality ingredients is reflected in superior taste.

Following the ‘slow-TV’ advertising trend, the new campaign will initially kick-off with four adverts which allow customers a quiet moment to appreciate the care and craftsmanship that goes into Waitrose food.

Produced without music and voiceover, the ads only use the natural background sound at each location. With very few cuts, the footage lets the quality of the food speak for itself through the use of authentic settings, the welfare of animals and the way the food is harvested and prepared.

The campaign demonstrates the lengths Waitrose goes to for providing the best quality food, sourced in the most responsible way.  From upholding animal welfare, to working closely with farmers to ensure food is produced to award-winning standards, the campaign reinforces Waitrose’s commitment to being the leading quality food retailer in the supermarket sector.

The campaign will initially feature four 30 second films showcasing; hand-rolled white sourdough bread made in London; mango from Waitrose Foundation farms in Ghana; 100% Italian olive oil produced in Umbria; and free-range eggs from Marlborough, Wiltshire. In each film, the advert starts at source where the food is grown or produced and moves to a delicious dish of the product being plated up.

Martin George, director of marketing, John Lewis Partnership, says: "Giving customers the best tasting food is at the heart of everything we do - from working closely with our suppliers who grow and produce food only available at Waitrose, to our expert Partners who are passionate about every step of its journey, from field to fork. We're committed to offering products that are unrivalled on quality and taste."

The ads will air on TV plus video on demand and in cinema along with ads in national press, supplements and magazines as well as in prominent outdoor sites. The campaign will be supported with recipes on waitrose website and Waitrose Cookery Schools will also offer courses featuring products from the campaign in all five schools this winter.

The advertising has been created by adam&eveDDB with media planning by Manning Gottlieb OMD. The campaign follows the retailer’s successful campaign in 2016 where TV adverts were filmed with Waitrose farmers and suppliers and aired on the same day.