The film was shot in Munich, Germany, with the actor Edward Molony and an automated dinosaur body suit from China 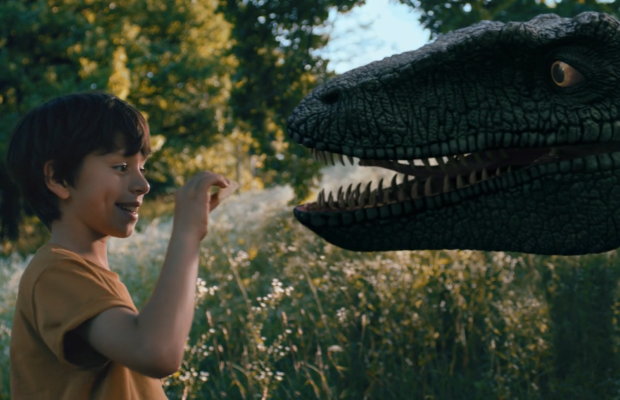 Director Sune Sorensen has created a TVC that depicts a sweet "day-in-the-life-of" story about an unlikely friendship between a boy and his Dinosaur. The boy, Noah, plays, jokes and even gets irritated with his velociraptor friend, RALPHIE - like you would any big - slightly clumsy - but easy going friend.

Sorensen said, "there's a great exercise in this type of film. Speaking to an adult and children’s audience at the same time - the "Disney way", you might say. So it was great fun developing ideas that would speak to both audiences, which explains why you'll find several movie references and a subtle ironic distance in there".

You can check out the heartwarming spot below:

The film was shot in Munich, Germany with the London based actor, Edward Molony, and a Chinese automated dinosaur body suit - a specialist dinosaur actor was brought in for the suit. Some of the dinosaur scenes were done in full CGI, but many only had minor post production fixes.

Sorensen continued, ”I strongly believed in the idea of shooting as much in camera as we could. I started researching dinosaurs, revisiting a lot of movies, and I quickly realised that many dinosaurs actually look like they are smiling or having fun. Especially the velociraptor. If you turn off the sound, some of the scariest scenes in Jurassic Park almost appear funny. That was an eye opener for me. So I decided to look into all the angles that would work for us and, of course, I really liked the idea of having a "real" character that Edward could work with - which was a great decision, because he genuinely loved Ralphie".

The production house, Oki Film, managed to research, find, and import a dinosaur body suit in China within a very limited time frame. "The agency and Oki took a huge gamble with me on this and I only have praise for them. Not only did we have to risk bringing in a body suit, which we had very limited ways of a testing beforehand, but we also had an extremely ambitious shooting plan with the suit, so nothing could go wrong. In the end, it panned out and everyone was very happy about the results".

In the initial research phase, Sorensen even included his own children in the process, which helped develop some scene ideas such as the "riding it like a horsy" or "playing hide and seek". It's this mix of juvenile lightheartedness and carefully considered ironic references that amalgamated into something special.

Sorensen describes the process as seriously funny, or rather: “We took the fun very seriously, so-to-speak. Like the choice to make the eyes larger. I wanted Ralphie to appear friendly and after some tweaking, I realised the eyes were the key - another “Disneyfication” if you will. Like everything else on this project, we were just very determined to make this fun and exciting - even when it got trickier or we started inventing difficult shots, like when Edward rode Ralphie towards hundreds of scared geese. We had one chance and everyone huddled together to make it happen. And we got it".

The film was released for TV, cinema and online.