straight 8 Shootout at Cannes 2019 Is Open for Entries 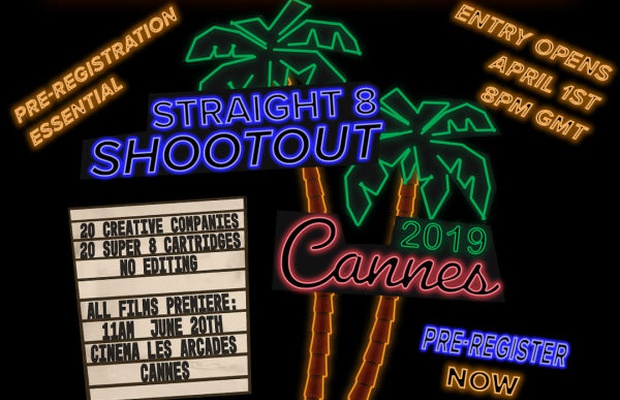 Companies are invited to rise to the straight 8 shootout challenge: make a 2.5 minute short film created entirely in-camera on just one cartridge of super 8mm film. Every shot is taken in story order, with no opportunity for re-takes or editing. Any visual effects, colouring and titling must be done the old-fashioned way: as part of the shoot, with the camera. Super 8 doesn’t record sound, so soundtracks are made ‘blind’ and must be original. Entrants send their exposed but un-developed film cartridges to straight 8 partners Cinelab London who process and scan the films. straight 8 then lines up each soundtrack with the first frame of each film. It’s that ‘simple’. And the most thrilling part is that the first time anyone sees even their own work – no matter how or if it came out – is at the premiere in a huge cinema in Cannes in June, packed with an audience of their peers and competitors. A live vote at the cinema immediately follows the screening and winning companies donate prize money to the charities of their choice, as well as taking home a recycled camera trophy made by shootout sponsors, Machine Shop. Because every film is shown at the premiere, 20 is the maximum number of companies that may enter. To have a chance to enter, interested companies must register on the straight 8 site ASAP.
This year a special 21st entry is being donated by straight 8 to British Arrows Doorways which finds and engages with young people from all backgrounds and connects them with the advertising industry, so be careful who you’re up against.
The creative brief? Simply: what you want to do with 2.5 minutes of the silver screen at a beautiful cinema full of colleagues, competitors and friends?
straight 8 is celebrating its 20th birthday this year. Since launching shootout in 2016 with APA London, its success has been proven at Cannes, Ciclope and Adfest and most recently the first straight 8 shootout online with a live online premiere broadcast where entering companies in USA, Canada, Argentina, London, Cape Town, Johannesburg and Tokyo saw their work at 2pm GMT, which was 6am PST and 11pm in Tokyo. Many top companies from around the world have now risen to straight 8’s shootout challenge. 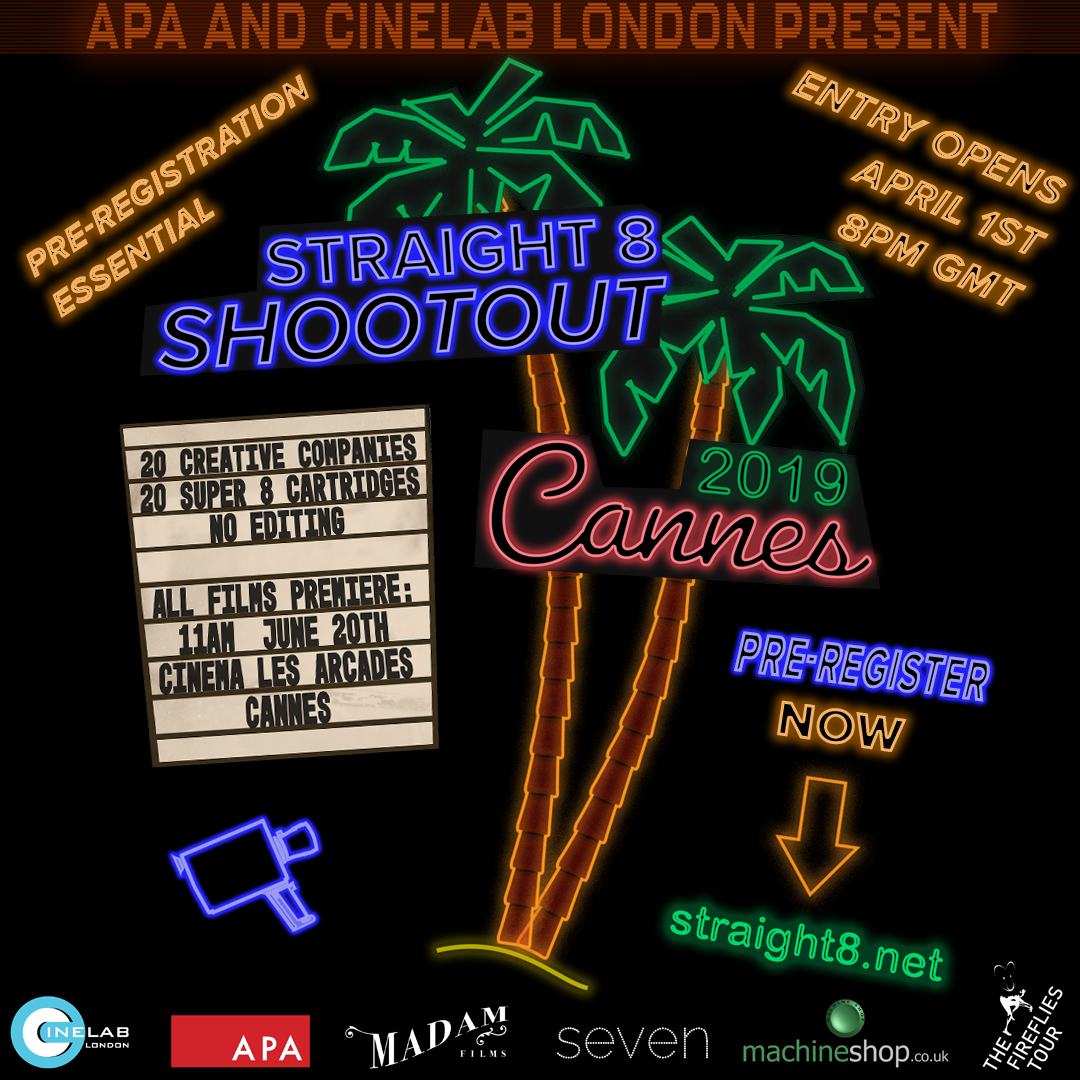 The 2019 competition will premiere at 11am on June 20th at the Arcades Cinema, Cannes. Tickets are already available on straight 8's site. A welcome breakfast for entering teams and ticket-holders will be held from 10am at the cinema - hosted by Madam Films, a long time supporter and first time sponsor of straight 8 shootout. And in partnership with charity cycle ride The FireFlies Tour, £5 from every ticket sold for the premiere will go towards their fundraising for Bloodwise.
Ed Sayers, straight 8 founder, comments: “We’re so excited to be launching shootout this year after a year of new events in new parts of the world. Last year’s shootout at Cannes sold out all 20 places in 24 hours. Everyone who came to the Cannes screening remarked on the jump in quality of work. We’re expecting to see more demand when we open up the 20 spots to the registered companies – AND more insane creative effort than ever by the successful entrants! We’re actively looking not just at the ad industry but to any company that calls itself creative - so if that’s yours, how about it?”
Asif Kapadia, Academy, BAFTA & Grammy Award winning writer-director (Amy, Senna, The Warrior), and jury member for straight 8’s annual open competition since 2016: "I started shooting on Super 8 and 16mm. Film is precious. With no video assist you trust your instincts. This is what I love about straight 8, the magic of cinema in its purest form."
Adrian Bull, managing director, Cinelab London, comments: “We process hundreds of films each year, from 70mm down to super 8, with recent films including Mission Impossible and Wonder Woman 1984, and yet still one of the most exciting projects we are involved with is straight 8. The sheer creativity that entrants manage to pack into each reel of super 8 film is amazing, and that’s why we support it.”
Jimmy Lam, president, Adfest: “It’s a fucking stupid way to make a film, but I love it.”
Confirmed partners at launch:
APA - The Advertising Producers Association was formed by and represents the interests of production companies, post production, music, sound design, VFX and editing companies making commercials in the UK.
Cinelab London - Offers a full range of laboratory services from colour and B&W 65mm, 35mm, 16mm and 8mm neg processing to 35mm feature film distribution printing. They support film, commercial and television clients, as well as content owners who wish to preserve and restore their film and media archives.
Machine Shop - Machine Shop Special Effects provides a range of live atmospheric and pyrotechnic floor-effects with their reliable and experienced team of technicians. They also offer superior modelmaking and animatronics services from their team of in-house specialists.
MADAM Films - MADAM offers a personal, tailored & hands-on approach to UK production service built on a foundation of unparalleled production industry experience. All their projects are passionately & attentively looked after from brief to delivery, meaning that client service & production expertise are at the top of their agenda from start to finish.
The FireFlies Tour - Every year in June, The FireFlies cycle over the Alps to the Cannes Lions International Advertising Festival. The challenge is to ride more than 1,000 kms over 20+ mountains in 8 days. The FireFlies are committed to raising money for Bloodwise, a leading charity which funds research into the treatment of leukaemia and cancers of the blood.

Thank U, Next Comedy Evening Announced for End Youth Homelessness