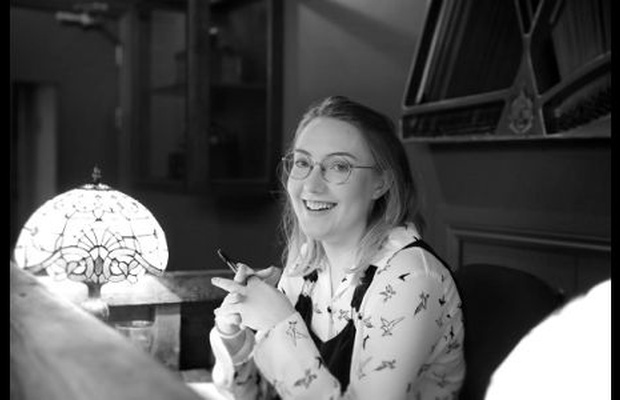 In my experience, women in sound-engineering are a rarity. At college, my music technology classes were fairly evenly split; yet far more of the men pursued careers in sound engineering, whilst the women tended to favour performance opportunities instead. Of course these choices were down to personal preference, yet I saw the wider trend perpetuated once I entered the engineering industry; a deafening lack of women.

In our five year operation, String and Tins have employed a number of sound engineers, yet over 90% of the applications we receive are from men. To look at the most recent Oscars, an occasion rich with celebration and splendour, female producer nominees were few and far between. For the ‘Best Sound Mixing’ category, only two women were nominated, competing against 15 men; whilst the smaller pool for ‘Best Sound Editing’, had just three women slated against seven men. Baffling statistics considering that this was a good year for gender balance in sound production!

The problem is pressing and the examples are numerous but the real question is why? Why is there a gender imbalance in sound engineering and more broadly across the board too? To try to explain the scarcity of women in male-dominated industries would be a mammoth undertaking, but I believe there are two reasons women may not pursue the same opportunities as their male counterparts.

Firstly, self-recognition plays a large part. Deborah Frances White - host of The Guilty Feminist podcast - explains simply why men are more likely to demand inclusion: recognition. Because they recognise versions of themselves in existing spaces, they feel more comfortable demanding inclusion. I believe that if these spaces were filled with a fairer gender representation, that the people entering would feel equally as able to assert themselves, rather than fighting to have their voices heard.

Secondly, due to the lack of representation, ambitious professional women can often be tied to traits they neither exhibit nor possess. Ergo women are less likely to demand inclusion due to the danger of being labelled ‘bossy’ or ‘domineering’, when asserting themselves in male-heavy spaces. The widely applied tropes of senior women as nags, bad-tempered or bitchy were not jokes created in a vacuum; they were borne of a social prevalence to respect men and denigrate or question women. A diverse cross-section of junior and senior roles allows for a more deeply shared experience and could lead to more creativity - a no-brainer, surely!

There’s a problem, that much is clear. So what can we do to fix it? Admittedly, there’s no single answer but there are ways we can all work towards tipping the balance; regardless of the size of the company you work in.

This week, I and my colleagues at String and Tins have taken a small step to providing an open forum and place of learning for women interested in sound design, music and its production. It’s called ‘No Fixed Mix’. Having thought carefully about how we can make an impact, we have focused on encouraging more women to enter the world of audio engineering. The idea is that there will be three workshops across three months, through which we hope to provide that space for future female sound designers to learn in a supported environment. They’ll receive a snapshot of the post-production industry and a piece of work to add to their reel in the process.

It may seem like a drop in the ocean, but there’s no harm in trying to spread a little more good in the world. I believe one of the first steps we can take in this mammoth process is to open our ears and listen to the women we may have been missing. From there we can make sure they have a space to feel comfortable speaking and really being heard.

By doing what we can to address the gender imbalance we can help to pave the way for some of the amazing female sound engineers of the future! Hopefully one day, a good year for gender balance in sound production will be just that; a balance.