Seymour the Ostrich Rejects Flying for the Ease of Eurostar 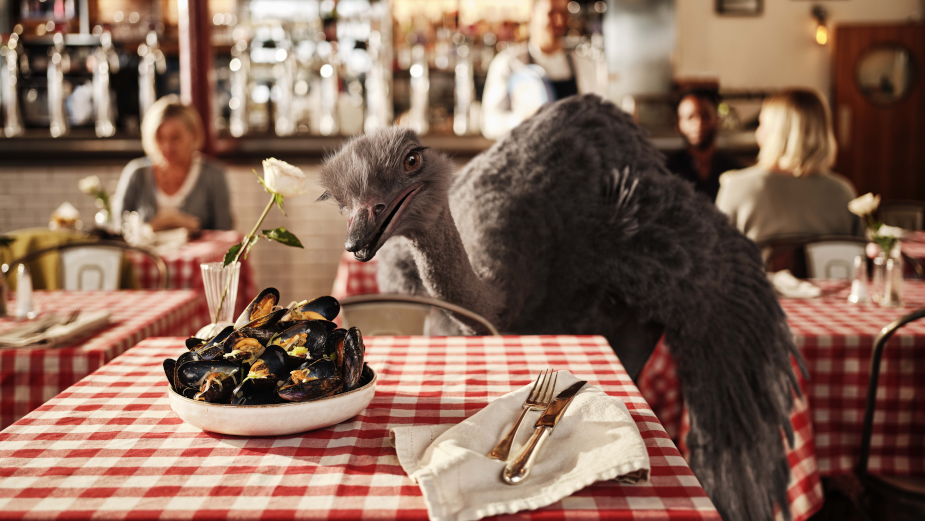 Eurostar the high-speed rail service linking the UK with mainland Europe, has today released its brand-new OOH, digital and cinema advertising – the first since the pandemic. The ‘You see more when you don’t fly’ campaign first aired in 2019 and is now back with a fresh take for audiences in the UK, France and Belgium from 5th September 2022.

With over 20 trains running daily from London St Pancras to exciting destinations including Paris, Brussels, Lille, Rotterdam and Amsterdam, Eurostar is the greener way to go to explore some of Europe’s most iconic cities. The latest instalment of the campaign sees the return of Seymour the Ostrich, a character which rejects flying in favour of a better way to travel.

To best represent the cities that Eurostar serves, House 337, the advertising agency behind the new campaign, conducted both qualitative and quantitative data research from over 2,000 respondents on what makes each city iconic. This insight helped identify key reasons people travel to each city.

While in the UK, the Ostrich is depicted visiting the Crown Jewels. While on the Continent, Seymour visits a restaurant in Belgium for moules, a chic Parisian boutique store selling gorgeous looking berets and Amsterdam’s famous flowers and bikes.

The campaign will launch with TV, Cinema and OOH, as well as digital first media formats. In addition to being amplified through Eurostar’s own advertising platforms, social media channels, customer emails and onboard customer magazine, Metropolitan, allowing users to find out more about travelling to their favourite cities via Eurostar.

The ad campaign aims to support the overall marketing approach to get consumers excited about city travel once again.

Dorothee Mariotte, head of marketing for Eurostar says, “With our latest marketing campaign, Eurostar is celebrating the return of the beloved Ostrich. The campaign, which is our first since 2019, highlights the benefits of travelling at high-speed directly to the heart of some of the best cities in Europe.

With a unique twist on our core destinations, the campaign invites audiences to discover or rediscover the joy of travelling city to city - all in the most sustainable way.”

Nick Pawlak, client managing director at House 337 says, “We’re delighted that Seymour is back to show the magic of travelling direct from the centre of one iconic city to another. This is such an important time for travel and the campaign is a fantastic reminder of the joys of getting away and exploring a city without the faff.”

The campaign will launch in the UK and Belgium on the 5th September and 7th September in France.