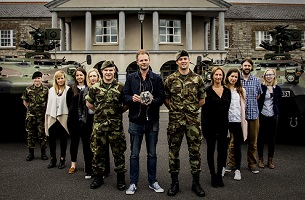 Following a bronze Lion win for ‘A Shred of Decency’ in2015, Dublin-based agency Rothco picked up their second consecutive award in2016, a silver Creative Data Lion for Defence Forces Ireland ‘Join Our Team’.

Rothco launched the winning campaign in April 2016 inresponse to a White Paper on Defence published by the Irish Government lastyear, with a directive to double the percentage of serving female members to12%.

Through research, Rothco discovered that the Defence Forceswas not, contrary to what was initially thought, an unviable option for themajority of Irish women. They weren’t ruling it out (owing to societalperceptions of women in the Military) – it simply wasn’t on their radar tobegin with.

The small minority - who were aware of the Defence Forces asa career path - ruled themselves out because they didn’t think they’d be theright fit – not physically, mentally, or emotionally tough enough.

Through an efficient, sniper-style strategy of targetingqualified leads, Rothco set out to find those most likely to fit and succeedfrom the pool of 1.8 million of Irish women. These were candidates who matchedthe characteristics that the Defence Forces look for in recruits: physical andmoral courage, integrity, selflessness, respect, and loyalty.

“We narrowed down on our target on Facebook – our keychannel. This was bolstered by GAA clubs sharing on their social pages, withcinema advertising for general awareness and homepage takeovers on key sitesfor our target such as Her.ie.” Comments Chief Strategy Officer, Emer Howard, “Injust three weeks annual applications by young females increased by 65%.”

Hyper-targeting the sportswomen through Facebook, Rothco’sbespoke, data-inspired content highlighted to them that they can get paid forwhat they’re good at – that there’s a job they’ve been training for all theirlives… they just didn’t know it.

Managing Director at Rothco, Richard Carrcomments: “We’re so delighted for Defence Forces Ireland to have exceeded theamount of qualified female applicants needed, as a result of this campaign.It’s been fantastic to have had such a positive effect on Irish recruitment andhave our work recognised for a second consecutive year at a global festival asprestigious as Cannes.” 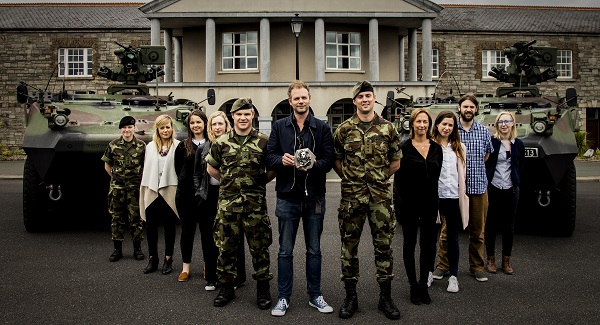 From A Period 2
View all Work