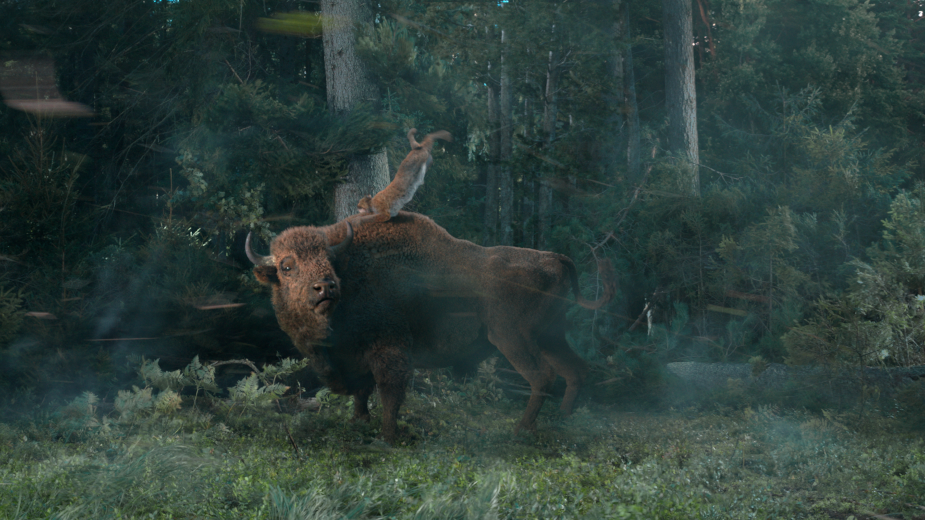 The talented team from Platige Image and the creative agency PZL worked on the most recent spot for a leader in the Polish brewing market Kompania Piwowarska. The group describes everything that went on behind the scenes of the project. The various contributors to the project explain the success behind the company's sizeable loyal fan base. As well as providing all the little details they had to focus on to create their newest very successful advertisement.

Primarily, it is essential to highlight how Żubr applies a comedic aspect to its commercials, using fun catchphrases. They are characterised by peculiar humor based on a word-play, using their double meanings. An important point is how the brand spreads positivity and national consciousness amongst its (mainly) Polish consumers. Nevertheless, it is important to acknowledge the brand's symbol, the Polish bison (żubr), the king of the wild forest. A character that has remained unchanged since the brand's very beginnings. "It is a format that has become very ingrained in Polish culture and has built a huge affinity for the brand, but also for the animal itself," says Tycjan Lewandowski, brand director at Tyskie & Żubr.

With their newest project, the goal of the commercial was to raise awareness about the ongoing climate crisis our world is going through. The commercial entailed a tornado going through a forest, disturbing the lives of its animal inhabitants. The slogan was "Whoever doesn't stick to Żubr, is a noob" [originally: Kto nie trzyma się Żubra, ten trąba also means whirlwind.] Platige Image's VFX supervisor Piotr Ołtarzewski, says "Not only was the forest an animation challenge for us; the behaviour of animals struggling against the whirlwind was enormously challenging as well, since there is no reference of how an animal should act when it is being sucked into the whirlwind." An important aspect to acknowledge is the fact that animal behaviour is developed from scratch. Hence, the whole project highly relied on the commitment of all its contributors

video
Whoever doesn’t stick to Żubr, is a noob