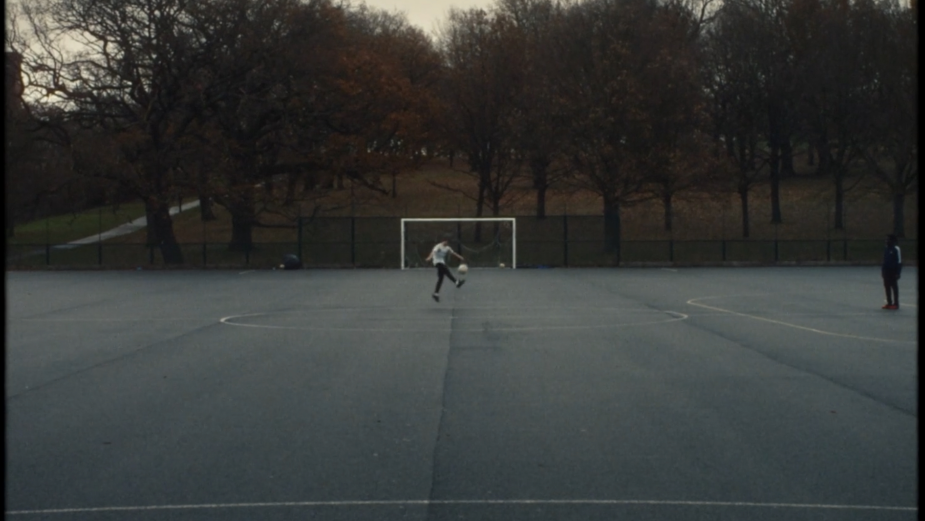 A hard-hitting, heart breaking new film is being released to highlight the devastating impact top-flight football academies have on young men when they drop those who don’t make it and give them no mental health support to deal with what is often a life-changing and traumatic decision.

The beautifully shot but harrowing four-minute film, ‘Dropped’, exposes the harsh reality of the mental health issues currently running rampant in youth football, where children are brutally rejected at what is often the most vulnerable time of their young lives. The film tackles the impact of being deemed not good enough and highlights how the young hopefuls can be left feeling so heartbroken by rejection that some want to end their lives.

The eye-opening film is the brainchild of former Fulham FC academy player Max Noble, who was dropped at a young age after needing double knee surgery. It was made for the non-profit sports activism organisation he founded, Certified Sports. Which is demanding that aftercare be made a legal duty for all professional football academies and was produced pro bono by House 337’s Rob Sanderson who was recently shortlisted by British Young Arrows as best director for the film. .

“Being dropped at such a vulnerable point in my life left me suffering from severe depression and anxiety,” said Max Noble, “but my story is far from unique. Many young people are suddenly released from their contracts having built their entire lives and identities around football, sacrificing schooling, friends and family for the chance to ‘make it’.

“This brutal rejection of young people has to stop right now and clubs need to address the mental health issues that are running unchecked in youth football,” he said.

The film bleakly outlines the catastrophic effect on some of the 99% of academy players released from their contracts - with many feeling so devastated by their crushed dreams and lack of aftercare that they feel they have nothing left to live for. With no help to seek alternative careers and non-existent mental health support, the film shows how abandoned and lost these vulnerable young people are when released from their contracts.

In the film we hear their voices detail the deep depressions they fell into because of the lack of aftercare support, and how some contemplated taking their own lives - interspersed with newspaper cuttings of fellow former academy footballers who tragically succeeded.

Jeremy Wisten, who was 18 when he took his own life after being dropped by Manchester City’s academy, and Josh Lyons, a former Tottenham Hotspur academy player who killed himself aged 18 after being let go, are among those to have suffered in recent years.

‘Dropped’ finishes with a call to action from Certified Sports demanding that aftercare for former players is made a legal duty for ALL professional football academies.

Kids can be officially signed by Premier League and Championship sides aged just nine – but some clubs have pre-academy development schemes for children as young as five. The contracts commit the kids to the academy four times a week, and many have been with a club for more than a decade when they are suddenly cut loose, often having sacrificed schooling for the chance to make it, focusing on football rather than academic qualifications.

Rob Sanderson, director at House 337, said, "The voices in the film are from the rare few who have found someone they can open up to. Shame, guilt and embarrassment normally keep these stories in the dark, but these testimonies are the norm, not the exception. Young people are led to sacrifice their education and futures by adults that are fully aware of the potential damage they are inflicting on them. Campaigns like Max’s, and the rise in awareness in mental health within football, will hopefully force these academies to finally take responsibility.”

Melody Sylvester, head of film at House 337, said, “Sport is often seen as a vehicle for enabling the natural talent of young people and a place for them to shine. We so often hear about success stories in football and how being discovered to play for your county or your country can change your life. But what about all of those with potential who do not get to realise their dreams? This campaign from Max Noble, beautifully shot by Rob Sanderson explores the devastating impact being dropped can have on young lives.”