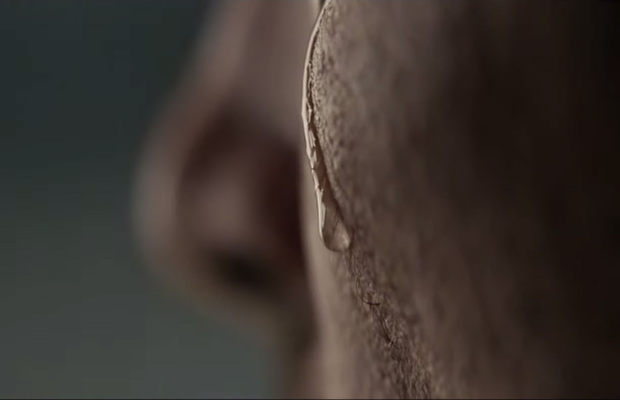 Sony Interactive Entertainment is pleased to debut its latest spot for PlayStation4 Pro, ‘Feel the Power of Pro.’
The breath-taking detail enabled by PS4 Pro inspires a deeper connection to some of the most beloved stories and the epic world of games. The ‘Feel the Power of Pro’ film brings to life the overwhelming emotions you can experience when you play.
In a world submerged in water, we see a book gently float through an empty metro carriage, a fish swimming outside it’s tank, a car elegantly floating off a highway. As a clock ticks backwards, we realise that the water is slowly receding. Following the journey of the water in reverse, we see the levels descend further and further. Eventually the water flows backwards along a street, arriving at the entrance to an apartment building, before slowly ascending a staircase, diminishing, and disappearing underneath a front door. We follow the stream as it reaches the foot of a man, a single droplet rises up and slowly travels across his cheek, revealing the source of the water – a tear from our player, overwhelmed by a powerful moment in Death Stranding on PS4 Pro.
“Playing great games has the ability to immerse you in powerful stories that move you in unexpected ways,” says Mary Yee, VP of marketing. “When players dive into a game on PS4 Pro, they are met with breathtakingly detailed experiences, eliciting a deep connection with the characters and story. ‘Feel the Power of Pro’ campaign is a devoted love letter to those revered moments from some of our most cherished games.”
This global PS4 campaign, the latest with our creative agency, adam&eveDDB, is now live.

Soundtrack name and composer: On The Nature of Daylight - Max Richter