Pirate Ship Won’t Save You from Quicksand or UFOs, but It Will Save You Money on Shipping 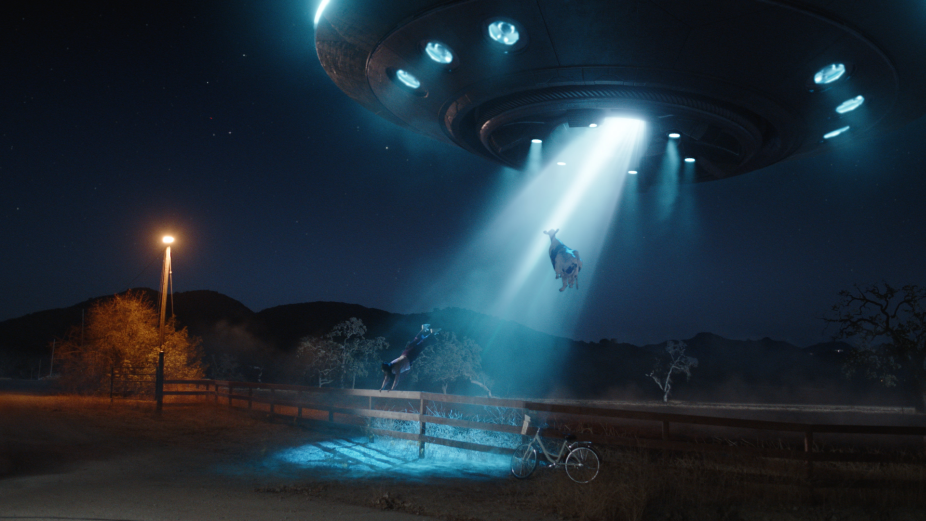 Today, PirateShip.com launches its first brand campaign through Mother and media by Mother, alongside its new brand, designed by Oktopods. This new chapter for the company is introduced by a formidable new character, the Captain, who towers at a height of 6’2” across all communications touchpoints, reigning down upon seven seas of silliness with his obliviously helpful nature.

Pirate Ship was launched in 2014 to give everyone access to the cheapest shipping rates, and over the lifetime of the business has saved its customers over $700 million compared to standard shipping rates. That’s a lot of booty, and the company wanted its advertising to highlight how great those savings are.

“We can unfortunately not help people much apart from saving money on their shipping costs, but we do that with full heart and full service in a max way,” explains Niklas Frings-Rupp, creative director at Pirate Ship.

Using a distinctive sense of humour, the ads play on the unrelenting desire of the Captain to helpfully save everyone money on their shipping, no matter their circumstances. But money is all that Pirate Ship really can save you, so don’t expect much else.

Directed by Harold Einstein, there are three hero films in the campaign — Quicksand, UFO and Trunk — in which different people in dire need of salvation are indeed saved by the delightfully out-of-place Captain… saved up to 89% on their shipping, that is.

The ads offer an ironic reprieve from the kind of advertising that pretends a single product can solve everything in your life. Pirate Ship recognizes it isn’t in a strong position to help with anything except saving money on shipping. But with savings of up to 89%, you’ll appreciate the simplicity of that good deal.

Richard Tahmasebi, creative director at Mother London added: “Pirate Ship is a company that really values having fun, and they challenged us to go to controversial places in search of it. All we really wanted to do was make some commercials that’ll make you laugh, while underlining how much you can save on your shipping.”

This campaign will initially launch via social media and online advertising, with broadcast media coming on stream early in the New Year, media planning and buying through Media by Mother.