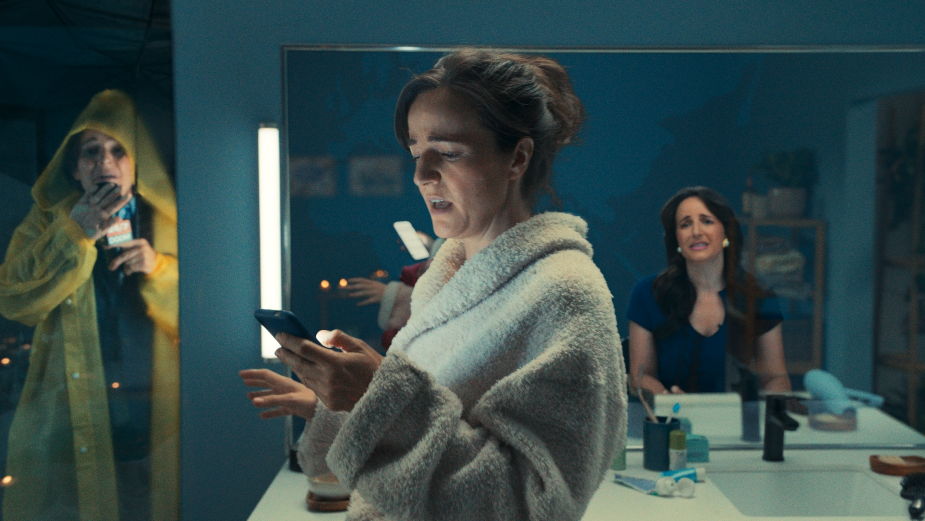 Fear of failure. Judgment. Doomscrolling. Procrastination. Inner critic. Too much of the world distracts us, makes us doubt ourselves and makes us think we’ll be laughed at if we try. But nothing silences a saboteur like the simple act of doing.

Pinterest’s latest brand campaign exposes the inner saboteurs that hold us back and highlights how Pinterest is the antidote to doubt. 'Don’t Don’t Yourself' is the mantra at the heart of this new campaign, emphasising the belief that the act of doing can help silence those feelings of fear and self-censorship that can sometimes hold us back. This new campaign takes on those critics, defying the 'don'ts' directly with the energy and positivity of 'do.' Pinterest knocks down barriers and encourages people to create a life they love. Launching today, this campaign will run in the US, UK and Germany across TV, Cinema, VOD, OOH, DOOH, social and media partnerships.

“We spend up to half of our waking time online, but more than ever, people say being online makes them feel disconnected from themselves and their interests,” says Andréa Mallard, Pinterest CMO. “Our latest campaign highlights how Pinterest is a different side of the Internet, where you can focus more on doing and less on viewing, where you can find what you love and forget about likes and where you can plan your life and try something new, free of judgment.” 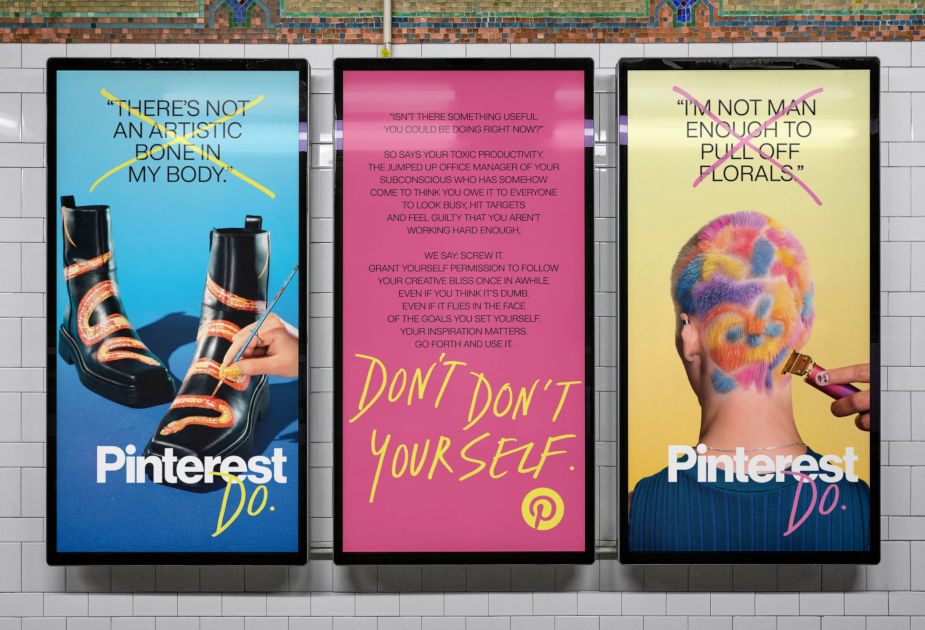 Lucy Jameson, co-founder at Uncommon added: “At Uncommon, we want brands to play their part in the biggest conversations in our society. One of those ‘big conversations’ is about the toxicity of much of the internet and what to do about it. Pinterest can help, by providing an antidote to so many of the ills of social media. It’s commonly known as the positive side of the internet. Because, instead of being all about image and comparison; it’s about ideas and creativity. It’s a community and an algorithm built around doing, not judging. Our first campaign is the opening chapter in a story which shows just how different Pinterest is from other platforms. We’re so proud to partner with them.”

In the run up to World Mental Health Day on October 10th, Pinterest is also showcasing an experiential installation in New York that takes on one of those inner saboteurs, 'Escape the Doomscroll with Pinterest.' The event takes place from Oct 7-9th.