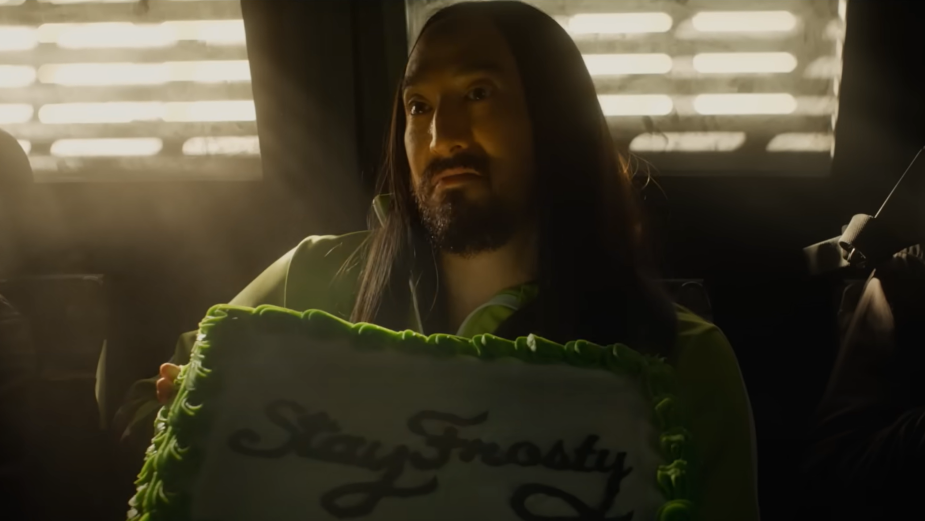 Call of Duty: Modern Warfare II, the direct sequel to Modern Warfare 2019, the best-selling game in Activision’s Call of Duty franchise, is revealed with an intense, dramatic campaign by 72andSunny. The initial spot  rallies the gaming community and lands the line, “The Ultimate Weapon is Team.”

The game’s global campaign is a tension-building, adrenaline-pumping convoy ride that leaves you holding your breath until the very last second, and the film is no different.

Staying true to the game’s narrative, the film shows the whole team preparing to go into battle and spotlights the return of the iconic Task Force 141 characters from the Modern Warfare series. Because no matter how hairy it’s about to get, Task Force 141 rides ‘til the end.

72andSunny’s ad is a crafted, one-take film that slowly reveals each team member, riding in the back of a truck on the way to a battle. The ratcheting tension and sound design help to build suspense up until the end, when we reveal a new member of Task Force 141 – Alejandro – who then gives the command, throws open the door and leads them out in the battle.

The super cinematic, crafted film is directed by Craig Gillespie, best known for films I, Tonya and Cruella, and most recently the Hulu series Pam & Tommy.

Zach Hilder, executive creative director at 72andSunny, said, “Call of Duty is as massive as any premier movie franchise out there. So it's only right we gave what is sure to be their biggest game yet, a cinema-style trailer fit for a summer blockbuster."

Tyler Bahl, vice president and head of marketing at Activision, said, “Teamwork is at the core of the Call of Duty experience, so what better way to tease the reveal of Modern Warfare II than to bring to life our ultimate team: Task Force 141. We hope all our players, new and old, will enjoy this epic and fun campaign.”

The soundtrack is Saturdays=Celebration by Big K.R.I.T and Jamie Commons.

The campaign goes live on June 2nd and will hype the worldwide gameplay reveal on June 8th. It is running all across the globe with linear broadcast buys in the US and EU, and digital paid media support everywhere else. Key media channels are broadcast, paid social and OTT.

Launching on Game 1 of the NBA Finals for maximum impact, the big gameplay reveal for Activision’s latest Call of Duty title will be followed immediately by individual social films that go live on organic celebrity social channels in concert with this film’s release, then be paced out from June 3rd through June 6th.

Each of the social films showcases a different celebrity in the back of the truck with Task Force 141, and adds a bit of levity to the campaign overall. Actor Pete Davidson, NBA player Trae Young, DJ Steve Aoki and streamer TimTheTatman all fail to take the pre-battle preparation as seriously as the Task Force.

It's All About the Sauce