Barry Moore, Head of Communications at adidas in the UK urges us to ‘Take the Stage’ 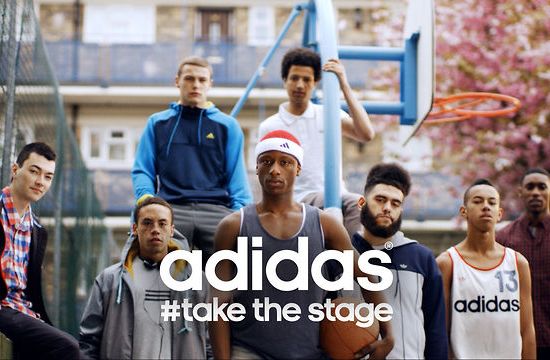 Ohmagosh, da yoof of today is just so cynical, izzit. When it came to putting together an Olympic-themed campaign, adidas and their agency, Sid Lee, had a bit of a challenge on their hands - research revealed that their key demographic was less than enthusiastic about the upcoming games. As official sponsors of both London 2012 and Team GB, they knew that they’d have to work hard to radically change attitudes towards the Olympics. Cleverly, adidas and the agency decided that ‘show’ trumps ‘tell’ and devised a campaign designed to get young people actively involved in the games. The resulting work is a multi-levelled campaign that rolled out in two distinct phases, all inviting the public to ‘Take the Stage'.  Barry Moore, Head of Communications at adidas in the UK tells us more.

LBB> What were the key challenges driving the adidas Olympics work?
BM> We asked Sid Lee to come up with a campaign that would get young people in London and across the UK excited about the games. But the problem was, we discovered that they were either disinterested or were actively against the games. Up until that point, the press coverage had been pretty negative, focussing on the cost to the tax payer, ticketing issues or countdown clocks that didn't count, so our biggest problem was tackling all of that and making the games something young people wanted to get involved in.
LBB> And what were the solutions and strategies that you arrived at?
BM> The conclusion we reached was that to get young people interested in the games, we'd have to get them involved. So we developed a 2 phase approach, firstly, we'd give young people a role and then once they were engaged, we could move on to getting them excited about Team GB and the games.
LBB> What were the key elements of the campaign?
BM> We began the ‘Take The Stage’ campaign by seeking out 32 up and coming talents from each of London's 32 boroughs (as there are 20 outer boroughs and 12 inner boroughs, they rather neatly became our 2012.) We then created documentaries around each of these teenagers as adidas helped them achieve their potential and then created borough specific outdoor ads to showcase them in their local neighbourhood.
At the same time, we created an original track with Wretch 32 that would inspire other teenagers to take the stage with adidas, which became a 60 second TV spot. Following on from this, we created 3 thirty second spots in which David Beckham, Wretch 32 and Derrick Rose, laid down the gauntlet to teenagers, challenging them to show what they're made of and earn a chance to hone their skills with them. At this point, we launched an online platform that would give teenagers a whole host of other opportunities to take the stage.
Once we'd got teenagers involved, we moved on to phase 2, which was all about building the excitement around the games. We began with a 60 second TV spot aiming to build the hype around Britain at large taking the stage and then followed it up with 4 thirties which gave athletes the opportunity to tell their side of the story.
LBB> How did you go about capturing an authentic flavour of London? Sid Lee is not a London based agency – do you think working with them helped the work gain some objectivity?
BM> London is such a multicultural city and so having the team of Sid Lee made up of Americans, Canadians, Spaniards and a few Brits, actually seemed like a pretty good fit. Also, we were quite clear that we didn't want just want to repeat Londoner's culture back to them, so we always felt confident that having a bit of distance and adding a slightly foreign flavour would add something fresh, exciting and new.
LBB> What does ‘Take  the Stage’ say about the relationship between adidas and the London 2012 Olympics?
BM> Whether you’re an amateur or a pro, ‘Take The Stage’ was about proving to people that adidas is the brand that helps you get out there and pursue your passions. As they put it, they're the "enabling" brand.
Adidas Team GB: What Will You Take London 2012 http://bit.ly/KMDZdX
Take the Stage http://bit.ly/HkoA50
David Beckham Invites You To Take Part http://bit.ly/OZvkWn
view more - Creative