No Soundtrack is Necessary to Showcase the Audi RS 4 Avant 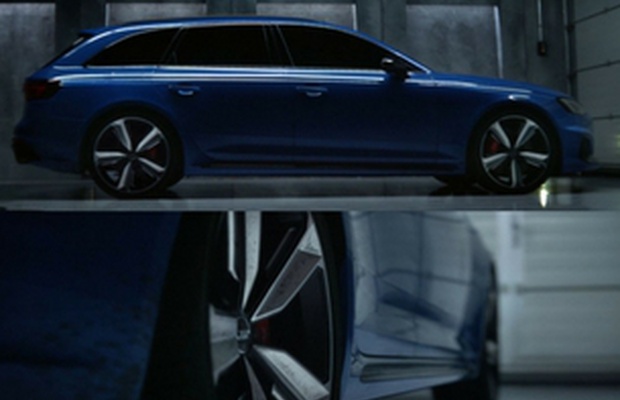 The latest groundbreaking Audi ad, produced by BBH London, captures the RS 4 Avant in its purest form.
The commercial, Cooling Down, pans around the car resting in a trackside garage after a race.
Its engine is off, yet the evocative sounds of its cooling process give a tangible sense of the car's power and grace as its brake pads sizzle, its exhaust glistens, and its engine fan hissing.
A stunning ad with no driving, no high-speed action, no music – just the car itself, stationary, cooling after racing, in all its simple beauty. Featuring just the ambient noise of the engine, Cooling Down is the first Audi ad in many years to have no soundtrack or music. Just the raw sounds of the car cooling down. The artful Audi Sport advertisement ends with the witty tagline: The unmistakable sound of the new Audi RS 4.
Benjamin Braun, Marketing Director of Audi UK, says: "The RS 4 is an Audi icon, combining the performance of a sports car with everyday usability. Its new engine allows it to sprint from 0-62mph in just 4.1 seconds and can potentially reach up to 174mph. The car also sports the newest technology with both wide screen virtual cockpit and quattro four-wheel drive with sports differential as standard. No wonder we've let the RS 4 speak for itself!" 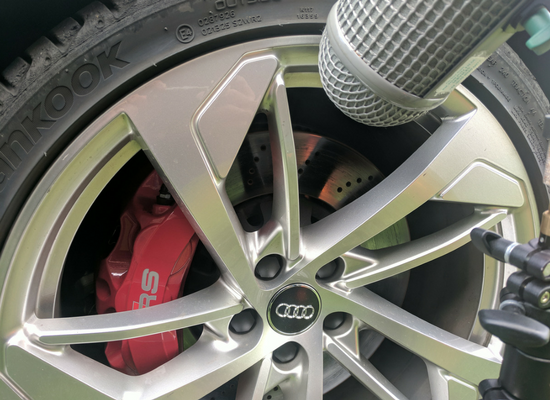 Ian Heartfield, Executive Creative Director of creative agency BBH, says: "Cooling Down is a brutally simple product demo designed to cut through the clutter of complicated comms in an ad-break. The menacing good looks of a stationary RS 4, and the sound it makes when the engine is turned off, is all we need to imply a message of awesome performance." 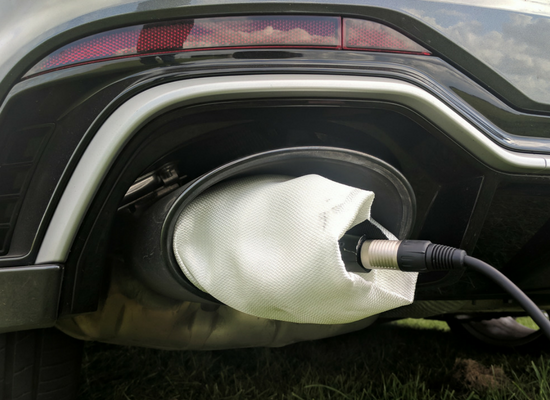 The distinct acoustics of the Audi RS 4 were captured by String and Tins. The team had to work quickly as the car cooled and use a range of innovative techniques. Will Cohen, Founder and Sound Designer of String and Tins, explains: "We placed a microphone wrapped in a fire-retardant blanket into the car’s exhaust to capture the sounds of the internal cooling of the bodywork. We then used an induction coil pickup to record the electronics of the engine block as the car shut down – this became a key part of the sound design heard over the grille at the beginning of the film.” 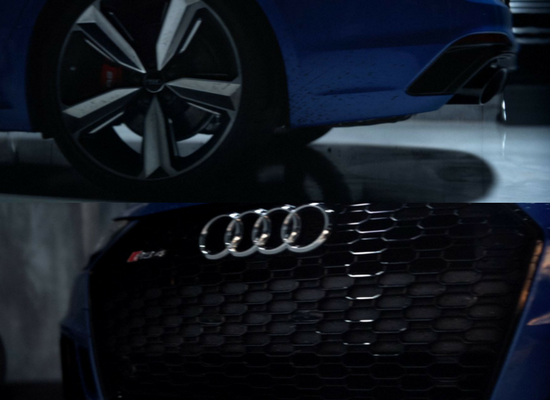 The ad will run on television with launch spots in Premier League football matches on Saturday 20 January and SAS: Who Dares Wins on the evening of Sunday 21 January.  Additionally, it will feature in cinemas utilising Dolby ATMOS 3D sound to amplify the ambient noise of the engine. The campaign will be complemented by digital and static billboards, including Waterloo Motion, as well as social and online video activity.
The campaign was planned and bought by Omnicom Media Group’s PHD.

Head of Strategy: Will Lion