Campaign from DDB Chicago sees the actor dubbing the brand as a lighter, beer-ish kind of beer 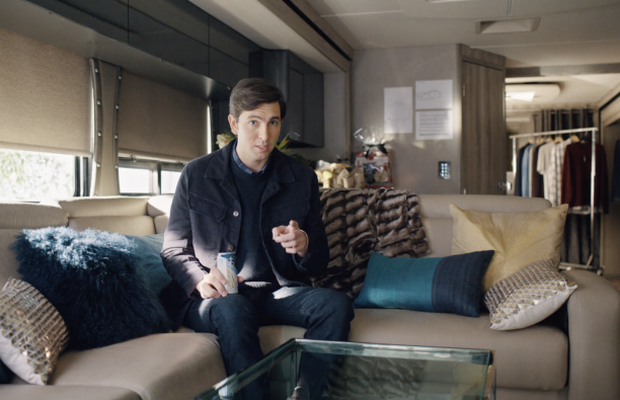 To bring the campaign to life, Miller64 partnered with actor Nicholas Braun and DDB Chicago.

“Dry-ish January is a month long phenomenon that allows you to put your own spin on the Dry January movement, but in a way that’s not as extreme,” said Anup Shah, vice president, Miller Family of Brands. “The new campaign aims to inspire consumers to enjoy life’s happy medium moments. Because why go completely dry when you could go Dry-ish?”

The popularity of going dry, or reducing alcohol intake, in January is on the rise. According to a recent survey commissioned by Miller64 and fielded by Kelton, over 20 million Millennials have set a goal to not drink alcohol during the month of January in new years’ past.

And yet, if resolutions of the past are any indication, millions of Millennials won’t be successful in carrying out going dry in January. The survey showed that nearly one-third of Millennials who resolved to not drink alcohol throughout January were not successful in accomplishing their goal. On average, it took just seven days, or one week, for them to fall back on their resolution.

In addition to new creative spots, which will run as 30 and 15-seconds starting at the end December and throughout January on social media, Miller64 is offering a rebate program to help consumers go Dry-ish. Just text MILLER64 to 73255 and you could receive cash back on your purchase of a 24-pack Miller64 to kick start your new year.

The brand will also be partnering with influencers to join the movement with a Dry-ish January starter kit, including a 31-day motivational calendar with inspirational-ish quotes like “Don’t go big. Don’t go home either.”

“Miller64 is a beer that’s been around since 2008, but with this new campaign, we’re bringing it into a relevant conversation for younger Millennial drinkers,” said Shah. “We know these drinkers are seeking lighter beverage options, but still want to enjoy beer. As an extra light beer, Miller64 lets them do just that.”