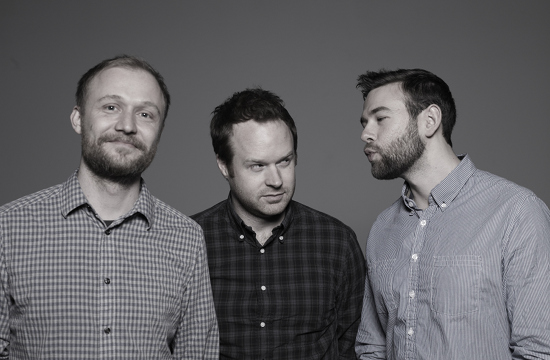 Triplets. From different families. Heck, even different countries. Ok, so they may not be biologically related but BETC Paris’ creative trio Juri Zaech, David Aronson and Samuel Moore are certainly feeling the brotherly love. Addison Capper spoke to the BETC Paris creative trio on the cogs that keep the relationship ticking.

LBB> Where did you grow up and what kind of children were you?

TT> We all grew up in different places and in different situations. Switzerland, Sweden, and the United States to be exact. This gives us a range of experiences to draw from when we are together.

LBB> How did the three of you meet?

TT> It was in Paris while doing an internship through Miami Ad School. We weren’t really sure if the team of three would work out but we’re still together! We would’ve loved a cooler name, but we were dubbed The Triplets early on and that nickname stuck with us. Eventually we just had to embrace our destiny.

We have been at BETC Paris for a little over a year and it’s a great fit. Now we can’t even imagine being twins, let alone an only child.

LBB> Why do you think you clicked so well as a group to form The Triplets?

TT> Even though we are from different backgrounds, our personalities complement each other nicely. We each have our own strengths and weaknesses, so when the three of us are together we basically form one well-balanced, functioning human being.

LBB> How do you function as a trio? Who has what roles? Or do you all tend to muck in with a bit of everything?

TT> Officially David and Juri are the art directors and Sam is the copywriter, but in practice we get involved in all parts of the process. It’s like the French say – a ‘ménage à trois’.

LBB> I really love your Dove Men+Care spot - can you tell us a bit more about the project? It's been translated into 17 different languages and aired in 37 different countries worldwide - why do you think the formula proved so popular?

TT> Obviously there are three things men love in the world: sports, cars and body wash. It was an easy sell!

But what also helped was not taking the subject too seriously. Even though we catalogue all of the reasons why it’s hard to be a man, the final message is that it is actually pretty great to be one. That message coupled with a tongue-in-cheek delivery works in any country.

The added bonus was that the spot launched during the Super Bowl. That was an incredible accomplishment for us. However, we were in France when it aired so we didn’t get to see it live.

LBB> Which pieces of work that you've been involved with recently have you particularly enjoyed and why?

TT> Our last project was a film, print, and digital campaign for the Peugeot RCZ. It was fun to work on all aspects of a project and make it work together as a full campaign.

We also did a series of films for the French Lottery where we poked fun at ‘rich people’ problems. It was an interesting project because it meant picturing yourself being rich and then imagining all the things you don’t like about being so.

LBB> Outside of work, what do you enjoy doing?

TT> As expats in France we spend a lot of time learning to love Camembert.

LBB> Who are your creative heroes?

TT> This is a tricky question. There is work we love and would have loved to make ourselves, but we are more familiar with specific campaigns than the people who came up with them.

However when an agency consistently produces great work, it is really exciting to follow them and see what will happen next.

As with any great campaign, it inspires you and pushes you to do better work. That way, when the next time comes, you can show them where the locker should be standing.

Living in the Animal Kingdom 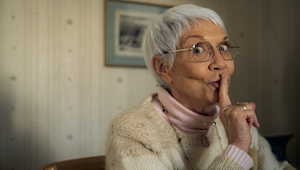 Would You Tell Your Family if You Won the Lottery?