New work highlights the passions, creativity and resourcefulness that Filipinos share on Meta’s apps every day 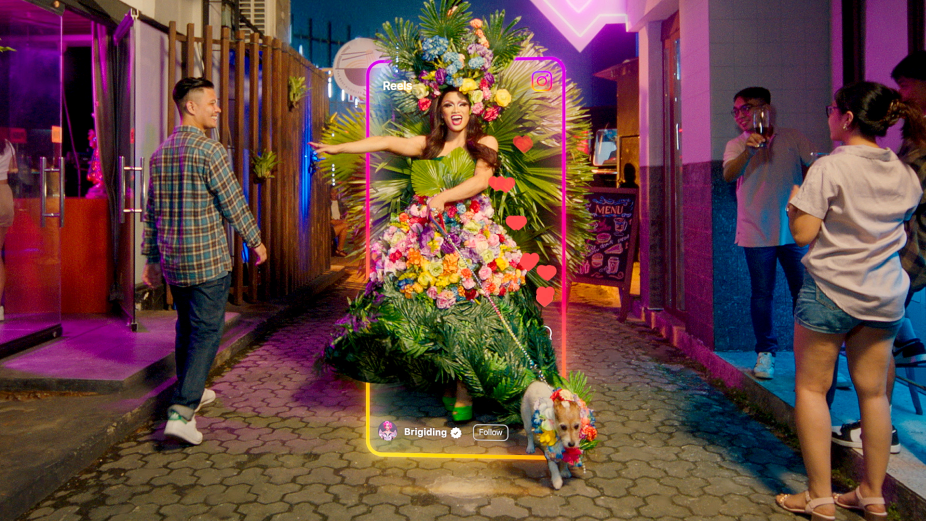 Meta has launched a new integrated campaign which announces and reinforces the brand as the parent of Facebook, Messenger, Instagram, and WhatsApp. The new work, which launches in the Philippines, was created by AMV BBDO and BBDO Guerrero and includes films and activations highlighting the passions, creativity, and resourcefulness that Filipinos share on Meta’s apps every day.

Meta and its family of apps would not be what they are without the unique magic of its users. That’s why authenticity was key in the creation of the campaign, casting real people and collaborating with local Philippine creative agencies.

Working with a Filipino director, photographer and production company, the new campaign features several Filipino social groups, including basketball players, graffiti artists and drag queens. The films tap into these vibrant and diverse communities - bringing their passions and personalities to our campaign, like they would do to Meta’s apps.

One film features a basketball player in Manila rushing to meet her teammates accidentally knocking over a graffiti artist’s paint. Their shoes get covered but this sparks an idea, and they start to make custom kicks designs that go viral on a local Facebook art group. She calls her grandma on Messenger who is also customising her own shoes.

Another film features well known Manila drag queen Brigiding, as she creates an outfit and decides to make a matching fit for her dog. She shares footage and pictures on Facebook and the styles blow up. She leaves her apartment and walks out showing dramatic looks on Instagram Reels and is then joined by friends who have also created amazing outfits for themselves and their canine companions.

The films use a UI frame, leveraged from the apps, as a visual device throughout the work. This highlights the user’s “magic”; whether that is sharing customised trainer designs on Groups, Reels of bold four-legged drag looks or even a quick video call with grandma.

The campaign also includes Creator partnerships. Filipino Creators are set to post on Facebook and Instagram about how they express their creativity, magic on Meta apps, and encourage their followers to also share their experiences. The best posts shared will be shown on billboards across Metro Manila.

“Filipinos use Meta’s family of apps in many ways - they build communities through Facebook Groups, they find new ways of connecting with customers through Messenger, and they discover creative and entertaining content through our Creators,” says Michelle Yip, APAC Consumer Marketing Director, Meta. “At Meta, we build for people first - and many of the products we’ve built have been inspired by the creative ways in which people have used our products. Through Apps from Meta, Magic from You, we spotlight the creative and inspiring ways that Filipinos have used our apps and celebrate Filipino creators who are inspiring a new movement of creative content online.”

On TV, Meta is sponsoring segments in Showtime, daytime programs in the Philippines that have an enormous local relevance. The 30, 15 and 6 second spots will run on TV, online, OOH, with influencers, on radio and digital display nationally in the Philippines.

The social campaign has been led by Propel, an agency based in the Philippines, with creative oversight from AMV BBDO. Production was led by local company Artilerie and Filipino director Paolo Abrihan brought the scenes to life.

AMV BBDO creatives Davide Mauroni and Esin Huseyin say: “Authenticity was a key element of the campaign planning and creation. It was essential that the work be created by teams in the Philippines and that actors were not cast when real basketball players, graffiti artists and, of course, Brigiding are all the real deal.

The results are really striking and work to connect with everyone creating magic on these platforms Because ultimately, the creativity and joy Meta’s users bring and share on the apps goes beyond its platforms and into the real world”. 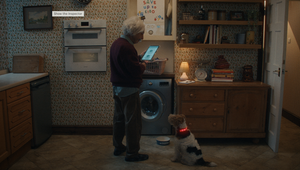 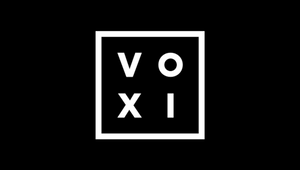 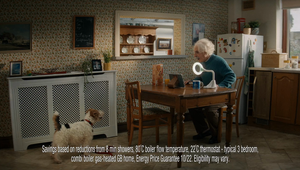 The Fireworks Within
View all Work