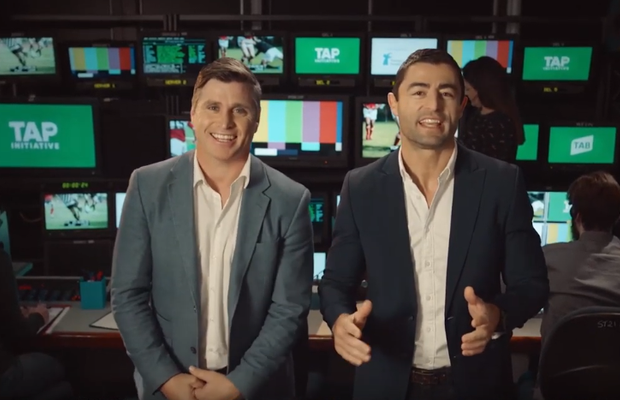 Following the launch of the all-new brand platform, Long May We Play, TAB and M&C Saatchi have released the Tap Initiative, a campaign to raise awareness, and important funds, for prostate cancer during the footy finals period.

TAB has partnered with the Prostate Cancer Foundation of Australia (PCFA) for the Tap Initiative, which encourages players to celebrate winning moments during play by tapping each other on the behind. For each tap, $100 will be donated to the PCFA with the goal of raising $100,000.

The campaign has been designed to generate earned media and since its launch has been picked up by numerous publications across print, online and broadcast radio and TV. 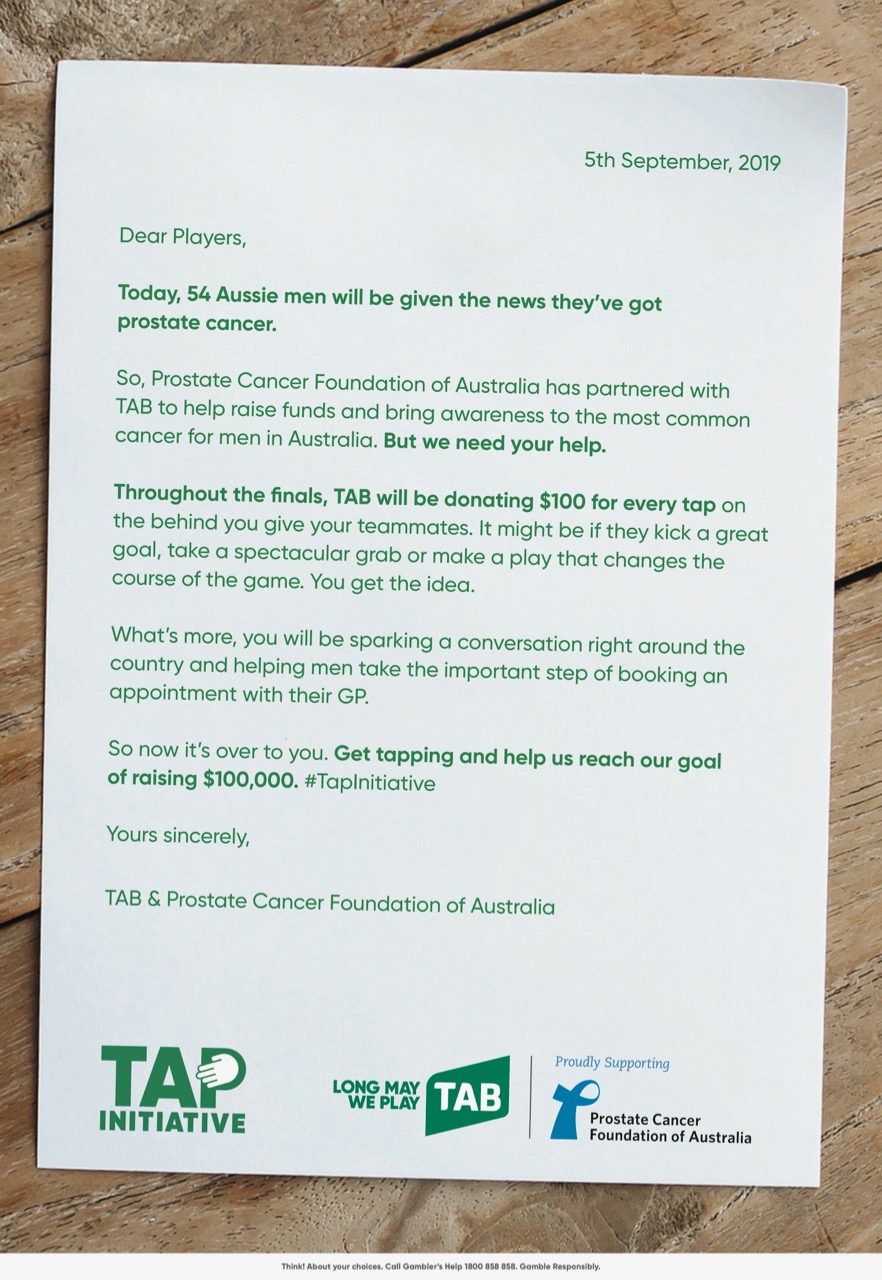 Says Luke Waldren, EGM marketing and customer, TAB: “With September being Prostate Cancer Awareness month, we’re thrilled to partner with PCFA to raise funds and bring awareness to the importance of men getting checked.

“People all around the country will be watching the footy finals and with each tap on the behind that happens on the field, a conversation can be sparked at home encouraging men over 50 to take the important step of making an appointment with their GP. To raise funds for the Foundation is a great source of pride for TAB.”

Says Cam Blackley, chief creative officer, M&C Saatchi: “Long May We Play celebrates the moments that matter to sports and racing fans and the classic ‘bum tap’ has always been an informal part of footy celebrations, by being the first to monetise it, this initiative will do the important job of drawing attention to men’s prostate health and generate much needed financial support through player engagement.”

Production Company: Another One Of Those Productions