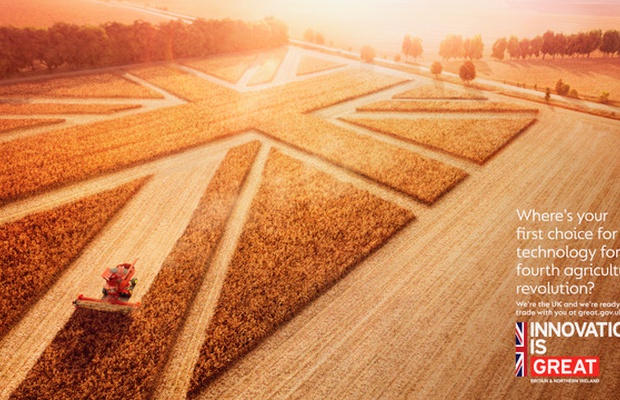 The Department for International Trade has launched its largest ever international trade and investment campaign as part of the UK Government’s continued drive for the UK to be the world’s leading business destination.

The work, created by M&C Saatchi, showcases the UK’s trade and investment opportunities to a global marketplace.

This is the latest initiative in the successful and longstanding GREAT campaign. Timed to follow the UK’s departure from the EU, the campaign encompasses eighteen cities across thirteen countries, focussing on high impact sites including Tokyo, Shanghai, Seoul, Sydney, New York, Los Angeles, Dubai, Mumbai, Sao Paulo and Mexico City.

The campaign showcases the strength of the UK as a leading investment and trade partner, in particular in the financial services, technology and the renewable energy sectors. A series of nine key visuals have been created in the first instance and will be activated in the coming two months across advertising, events and digital channels around the world, before continuing through the calendar year.

Jessica Wardle, managing partner M&C Saatchi, said: “This is a campaign of significant importance for the United Kingdom right now. We are thrilled to support the showcasing of Britain’s compelling offer to the international business community with a campaign of this scale. The creative has delivered a striking new visual language with the Union Jack proudly at its core, a symbol recognised around the world.”