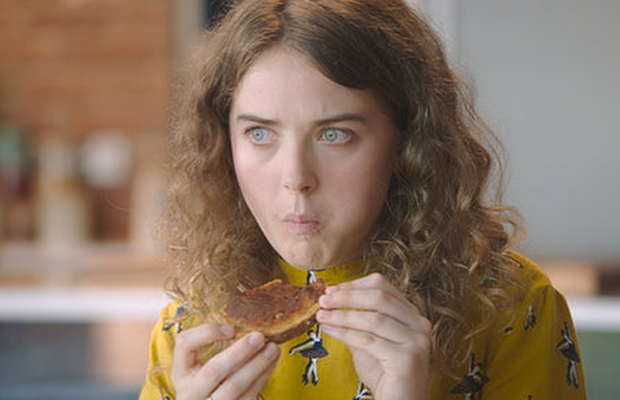 For the first time since Marmite was established in 1902, the makers of Britain’s most popular yeasty toast topper, are scouring the nation not to find the brand’s biggest fans – but to find the absolute, unequivocally greatest hater of the spread – in the hopes that they can convert them in to becoming an outright lover.

Forget love and hate, the brand believes it has found a way to convert even the biggest haters into lovers; meaning that Marmite is set to spread the love across the British Isles.

By simply visiting www.marmite.co.uk/mindcontrol, Marmite haters can apply for a unique mind control experience that could see them walk away as a fan of the savoury spread, encouraging them to ditch sugar-filled alternatives and broaden their breakfast horizons.

After answering a series of questions via the website, a panel of participants will be selected to ensure they meet eligibility requirements. Once finalised, the lucky winners will travel to London to watch a powerful hypnosis film – under strictly controlled conditions.

The announcement comes just days after the brand’s TV advert premiered, showcasing the possible reactions of Marmite Mind Control as haters watched the hypnotic video and became lovers of the yeasty spread.

Marmite predict the hypnosis film to be so powerful it cannot be distributed widely or viewed by anyone under the age of 18. Trained hypnotist, hypnotherapy trainer and best-selling author, Rory Z Fulcher, who was consulted in the development of the campaign, will oversee the experiment as the winners are taken through a series of mind control techniques designed to change their taste perceptions, converting them into Marmite lovers.

Rory Z Fulcher, Hypnotist, said: “In order to change the taste perceptions of our participants, I’ll be using hypnotherapy techniques. These are used to create positive, measurable changes in thoughts, behaviours and habits.”

“We’re calling all Marmite haters that are willing and able to take part in this fun social experiment”.

Marmite has launched the campaign as recent research revealed a whopping 89% of the nation eat the same breakfast every week, and over a third (39.7%) of the nation are concerned about the sugar content in their morning meal.

From sugary cereals to jam on toast, Marmite is encouraging the nation to stop sleepwalking into the same breakfast choices every single morning and instead, incorporate savoury breakfast options into their repertoire.

“Foods such as Marmite, which are fortified with B vitamins, are a great way to optimise micronutrient profiles. With the rise of the vegan movement it’s more important than ever that foods are fortified with vitamin B12 which, otherwise is very difficult to get from vegan dietary sources.”

Rachel Chambers, Marketing Manager at Marmite, said: “The taste of Marmite has been dividing families for over 100 years. We’re so pleased that we have finally cracked how to convert even the most vehement of haters to lovers, using the power of hypnosis.”

“The recent research cemented Marmite’s reputation as the most loved and hated product of our generation, and we can’t wait for lucky participants to be converted from haters to lovers”.