INFLUENCER: Film composer Harry Escott takes a look at the music of his field and beyond this festive season 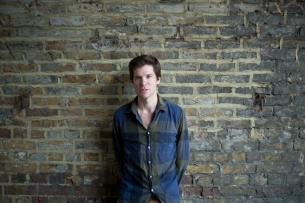 That jumper, those songs,

the food, all the sparkles,

the fairy tales, the decor,

religion and the parties

and an over-sized evergreen tree.

That advert, those carols,

more food, all the tinsel,

the make believe, the cinnamon,

emotions and the drinking

and you, dancing with an over-sized evergreen tree.

There is a permissiveness that starts to creep in at this time of year, corroding away at our better judgment. It reaches fever pitch a couple of weeks from now when even the perfectly formed cocktail sausage is deemed to be inadequate without the adornment of syrup drenched bacon.  As with the Eurovision Song Contest or any James Bond film, Christmas is a time when we collectively experience a temporary taste paralysis. We genuinely enjoy all manner of things that at any other time of the year would be instantly dismissed as excessive and tacky. Why do we allow so much at this time of year? Why?!

The cold weather? Perhaps. So many of the things we will do and experience over the next few weeks are unique to this season which probably helps us to form more lasting memories and cultural associations. Certainly people trying to sell us things work very hard to indelibly mark our memories at Christmastime.  It is a clearly defined period in our calendars that is heightened by many emotional meanings for all of us. Whether we are tiny children or that chap on the moon in this year’s offering from John Lewis, each year, Christmas is significant, and so we remember.

Rather like a snowball gathering mass as it careers down the mountain, year upon year, both collectively and individually, we gather a whole selection of mismatched baggage that is inextricably married to Christmas.

Take, for example, some of our musical seasonal associations: Slade, Mariah Carey, religious choral music, Frank Sinatra, Jingle Bells, the list goes on to form the very definition of an anti-album and yet, there it is. This unholy marriage of musical offerings has been fused together in our consciousness and there is nothing our hard earned taste can do to unlearn it.

This is, of course, all an apology for the anti-album below. It represents a small selection of my personal musically mismatched seasonal baggage. You never know, one of these delights may become 2015's addition to your growing snowball…that sounds weird. Anyhow, cast aside your impeccable taste, shake off your cynicism, sprinkle some cinnamon on your coffee, sit back and enjoy. Go on, it’s Christmas…almost.