Made in Italy: An Overview of the Italian Ad Industry Today

LBB’s Addison Capper talks to industry locals to find out the current state of Italian adland, its quirks and its nuances 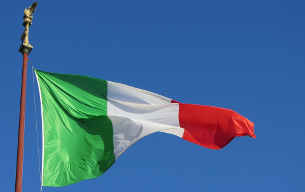 ‘Made in Italy’ is our best headline. It’s what we are famous for. Other countries expect outstanding style, design and creativity from Italy. ‘Made in Italy’ means passion, courage, madness, creativity and talent.” Fabio Teodori, Executive Creative Director, FCB Milan

Italy is a country known for its incredible art, architecture, fashion and design. Its cities boast some of the planet’s most beguiling historical structures. Its cars, made by the likes of Fiat, Alfa Romeo, Ferrari and Lamborghini are stylish, sleek, quick and beautiful. Prada, Dolce & Gabbana, Armani and Versace are fashion brands with Italian roots.

But underneath this sheen is a more volatile landscape. The Italian economy has never truly recovered from the financial crash of 2008, public debt currently sits above 130% of GDP and there are worries that a potential financial crash in Italy could have disastrous effects on the rest of the euro zone. What’s more, the task of avoiding such an occurrence was made all the more difficult in December when the then prime minister Matteo Renzi embarrassingly lost his referendum to reform Italy’s Senate by a 20-point margin. He subsequently resigned and a new government had to be put into place.

So where does the Italian advertising industry sit within that? Conversations with local creatives and executives offer up a mixed bag of emotions.

“The quality of work has improved recently, but is still quite low,” says FCB Milan ECD Fabio Teodori, while J. Walter Thompson Italy CEO and CCO Sergio Rodriguez thinks that “Italian advertising is like a rollercoaster that passes from one to 10 in the bat of an eyelid”. PicNic Partner and Account Director Riccardo Beretta believes “there isn’t such a thing as particular ‘Italian’ advertising”, with more inspiration coming from abroad, and Leo Burnett Italy ECD Alessandro Antonini says “Italian advertising is going through a phase of rapid change”.

It’s unsurprising that the political and economic situation has affected the Italian ad industry’s development and output. Michelangelo Cianciosi, ECD at Verba, which is part of the DDB Group, believes that, while the whole world is feeling the pinch of client budget restraints, the situation is worse in Italy. “As a matter of fact, it [the financial crisis] has not yet finished and we are the country with the lowest rate of growth in the whole eurozone,” he says. “We are experiencing a ‘beta’ time in the economy, which is still struggling to improve, partly because of the unspoken political situation.”

Michelangelo also notes the fact that the country’s younger generation is the group most affected by the situation – and the effects that this has not only on an economic level, but also on the way that brands and their agencies speak to that demographic. “Unemployment for people under 35 in the south of Italy is around 42%! This is obviously not only an economic problem but a social one too, and it changes the way we talk to people – i.e., there’s a big difference when you talk to a 30-year-old independent who lives in an apartment on their own and a 32-year-old who lives with their parents.”

Sergio from J. Walter Thompson echoes Michelangelo’s sentiments about the longevity of the crisis – and emphasises its effects on the role of the agency within Italy. “The Italian advertising industry is probably living its longest and deepest economic crisis ever, which has succeeded in modifying the overall perceived value of the industry’s role. More and more we find ourselves competing not against other agencies but consultant firms such as Deloitte and Arthur Andersen. The advertising man will only survive if he stops being an image consultant and remembers he is a brand consultant.”

“In times of crisis we tend to avoid risks and costs,” adds Serviceplan Italy’s ECD Oliver Palmer. “If our actual challenges are a Death Star we need the audacity to fly into it and blow it up with some creative bombs. Tough times can easily paralyse us and our clients. The only way to overcome them is to kick some ass together!”

Fabio from FCB is under the impression that level of work is gradually improving – but the economic situation has put the breaks on the rate of growth. “In recent years, advertising in Italy has sought to achieve a higher standard of creative quality by using recognised international standards for inspiration and trying to regain its former level of excellence. Italy has always been known for creativity and beauty, but the political and social conditions of the last 20 years have compromised our courage, creative spirit and enthusiasm.”

And that’s true. It’s no secret that Italy’s history in the realms of design, architecture, fashion, automobiles and more is a luscious one. It may be short-sighted to do so, but it’s easy to presume that that heritage would naturally filter into its advertising work too. In some cases that is true, but others not so much.

“Great taste, style, joy and performance! Ask any foreigner to think of Italian products and they will always say aaaaahhh!” enthuses Oliver from Serviceplan. “This is an Italian superpower. Whether you talk about Brembo breaks, Diesel jeans or De Cecco pasta. This is fantastic! Fantastic! We should talk about this more often. Who else can say this? This is really a national superpower!”

“Living in Italy you are surrounded by beauty: architecture, design, fashion, art. This is something that stays with you your whole life,” adds Alessandro from Leo Burnett. “But this is no substitute for the storytelling and other skills you need in advertising. This [link between design and advertising] has been the object of many debates. My personal take is that advertising – good advertising, that is – is based on truth. Italian advertising culture has a tendency to work its way around the truth, rather than facing it head on.”

Which is something that Luca Cinquepalmi, ECD at Publicis Milan, agrees with. “We have a very strong culture of beauty that expresses itself mainly in the areas of fashion, design, cars, boats and food. There are many fields in which our country excels. In advertising, we have lots of work to do.”

Sergio from J. Walter Thompson sees a different picture to Luca and Alessandro. He sees similarities between Italian advertising and the country’s design history – but that isn’t necessarily a good thing. “Italian advertising at its best expresses the same attention to detail, the same accuracy, and the same ability to transport people into attractive worlds as the beautiful objects this country produces,” he says. “I’m not sure that this is still the aim of advertising. Probably not – and that’s when Italian advertising misses its point.”

“We are a country of great artisans,” adds Fabio, enthused about the inspiration this serves to the country’s up-and-comers. “Today the trend is to rediscover this heritage and apply it to the most advanced forms of communication. A whole new generation of storyteller, digital artisans, typographers and filmmakers are getting inspired by what we used to be and what our culture used to be known for. And it’s cool that young people are looking to the past to learn how to their hands dirty.”

“Craft in Italy is extremely important,” believes Michelangelo. “When you look at the masterpieces in Italian jewellery, fashion and design… craft is also important in advertising where everything is always extremely well finished. Perhaps too much. We have a dominant idea of craft, an idea strictly linked with luxury, classical beauty, perfection – but we have less confidence with a more contemporary, less elegant or refined aesthetic.”

Agostino Toscana, ECD at Saatchi & Saatchi Italy, agrees: “There is an obsession with execution to cover up the lack of content. In fact, Italy is a big market for overpaid foreign directors.”

But, like in markets all across the world, client-level budget pinches are filtering down the production line too. “Good craftsmanship needs good craftsmen, time and conditions – and all of this costs money,” says Oliver from Serviceplan. “In the last (crisis) years the agencies and the productions were in a weak position for negotiating enough money for productions. That’s the problem. We absolutely have to create awareness for this cause – not for our Champagne-cocktails but for the client and customer satisfaction. We create desires and desires have to be desirable.”

Sergio adds: “We are going through a low-cost period in the history of advertising. Craft is suffering as a consequence. In addition, digital creativity does not have the same type of budgets that other countries have – and this makes a difference.”

Despite the political and economic situation, the future is bright in the eyes of most Italian adlanders. “We have resilience,” insists Agostino from Saatchi & Saatchi. “Creative people haven’t thrown in the towel yet. We are surrounded by a lot of talent from other industries, such as fashion and design. This country is filled with beauty and inspiration.”

What’s more, various initiatives are putting creativity back front and centre, the local Art Directors Club has exciting new management and opportunities are beginning to open up for the younger generation.

“We are starting to talk about creativity again,” enthuses Fabio. “Finally, the Italian Art Directors Club (ADCI) is increasing the spread of creative culture throughout the country. Thanks to its new management, the ADCI has broadened the consideration of advertising, opening its doors to a massive collaboration with all forms of creative expression, art and communication. This generates a new creative loop for a new industry of advertising.”

The industry is also giving birth to a new breed of smaller, creative agencies – which is cause for excitement for Riccardo from PicNic. “A few small creative agencies are growing into the most exciting newcomers,” he believes. “In many cases a lot of these new agencies are born by young creatives and managers ‘escaped’ from big and international agencies whose business model is flawed and broken. There is a lot of vitality if we look at these new-born, little agencies.”

Plus the world is a much more level playing field than it once was, which, believes Francesco Bozza, an ECD at Leo Burnett, stands the Italian industry in good stead. “In the past 20 years of so, the UK and US have ceased being the markets that dominate the global advertising scene exclusively. Since then, new regions and countries have come into the limelight. I can’t say that Italy was a trailblazer but the idea of a non-UK or US agency taking leadership is no longer a taboo – and the creative potential here is big.”

And while on a global level Italian advertising might get some stick for being “too traditional” – as Sergio from J. Walter Thompson puts it – if that’s its strength, then why change?

“Anyone who travels in Italy knows what Italy is,” he says. “A country that is sincere, with very real affections and strong sentiments that we would never want to change. We’re privileged to have grandmothers who taught us how to eat just by watching them. We’re privileged to be surrounded by so much art that we almost take it for granted. If this is Italy, why shouldn’t we be happy to be represented this way?”