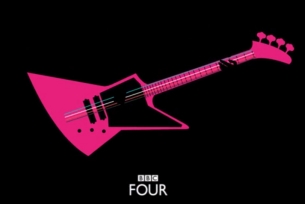 To promote BBC Four’s new series The Sound of Song Red Bee Media contacted Trunk to create two TV spots. The up-coming series explores the story of modern music and how elements come together to form our favourite songs. An initial brief centered around two "factoids" featured in the series. The first was how a riff can be modified and used by a variety of artists. In this case Chic’s bass line from 1979’s Good Times was modified and used by many artists, ranging from Queen to Daft Punk. The second was how, in 1926 while recording Heebie Jeebies Louis Armstrong's sheet music fell from the stand. Armstrong continues singing, improvising his lyrics and inadvertently inventing the "scat" singing style.

Layla notes “I wanted both trailers to share a restricted palette, a pared back illustrative style and sinuous lines to create unity across the two disparate stories”. To that end both spots use a simple and elegant graphic style infused with humour that flows beautifully with the music discussed in the trailers.

Each piece finishes with the voiceover strap line “You’ll never listen to your favourite songs in the same way again” a statement that is skillfully presented in these two lovely trailers.

New Horizons in Animation: Nostalgia, High-Tech Innovation or a Mix of Both
Planning for the Best: Why Gareth Goodall Believes the Best Strategies Have a Sense of Drama
Behind Louis Theroux’s ‘Jiggle Jiggle’ Music Video
Sex Trafficking Rescue Campaign Reunites ‘The Lost Daughters’ of India with Their Families