How Has the Middle Eastern Ad Industry Responded to the World Cup? 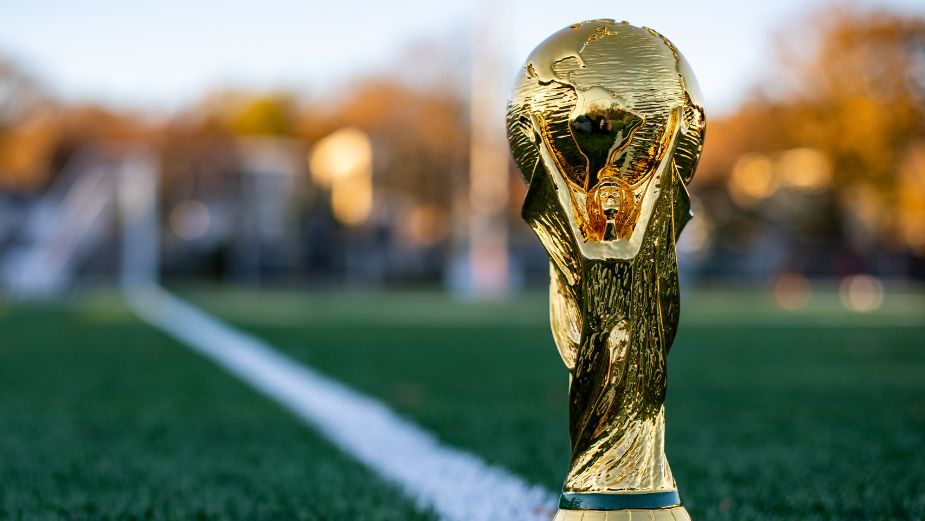 The FIFA 2022 World Cup has well and truly started. In the Middle East, it’s been a chance for football fans to showcase their passion and excitement for the tournament coming to their turf. Globally, discussions around the sporting event have been debated, but the show has gone on and the matches have begun.
While there have been many global World Cup campaigns, we wanted to hear from creatives in the region about how the celebrations – and ad campaigns – have transpired locally. From creative concepts which include launching Luis Figo into zero gravity, to gaming platforms such as ‘Roblox’ adopting a metaverse experience, and campaigns from McDonald’s, Burger King, Vodafone and more, there have been a variety of creative angles that agencies and brands have adopted.
LBB’s Nisna Mahtani heard from Fernando Miranda, creative director at VMLY&R UAE, Ramzi Ibrahim, creative director at Cheil Worldwide UAE, Natalie Cooke managing director at M&C Saatchi UAE and Luca Allam, CEO at PHD MENA, who shared their takes on 2022 World Cup advertising.

‘The world has gone mad’- my sentiment every football World Cup season. I have never been a fan of football, but every four years, I’m rooting for Italy, Brazil, Portugal, or whichever bandwagon I choose to jump on. Advertising may have something to do with that.
In our region, World Cup drama lives in every home, on every street, and is bouncing around in our hearts and minds. Brands know this and find wonderful ways to get in on the action. Here are a couple that come to mind.

Wow! This bit of ambient stunt started as early as August, because, ‘why not?’ - it’s World Cup football. Sending a team, led by the legend that is Luis Figo, into the sky to break gravity and records was just another hyperbolic way of saying that the World Cup is the greatest sporting event on earth.

Vodafone - We Fan Together

This is another great World Cup piece done in our region. Our wonderful team at VMLY&R realised that Vodafone, like many other non-sponsor brands, have communication restrictions when it comes to joining the world cup conversation. Can’t use FIFA, can’t say ‘World Cup’, can’t really say much at all. Since we weren’t joining the party as a sponsor, we barged through the doors as fans.
There are too many to list. Brands, campaigns, posts, statements – they all keep piling in. Celebrity gossip and politics are now out of the window. The world now picks sides on either end of a green field. And brands, fans and that tireless Arabic commentator have plenty to talk about.
See you in four years.

The region's ad industry and brands have gone into overdrive to provide meaningful experiences to fans and consumers. Most are focused on entertainment, with some diving deeper to create immersive digital worlds and games, while others advocated for causes.

VW has taken the opportunity to extend the global ‘#NotWomensFootball’ campaign, pushing for women in football. We produced communications that remind audiences there is a singular football, not ‘football’ and ‘women's football’. It's a message to keep the focus on growing football teams of women in the region, and encouraging women in football and sports.

Samsung has launched ‘Space Cup’, an exclusive football world within the Samsung Space Tycoon game on ‘Roblox’.
It starts with a unique and immersive metaverse football tournament that will see eight country teams from across the region compete for glory and prizes on an obstacle-style playing field unlike any other. It kicks off in the first half of December with the quarter, semi and final matches being broadcasted ‘live’ on social brand channels.
Leveraging on top gamers to lead as team captains and put their country’s team together, gaming fans are invited to register for a chance to make their country’s team on a dedicated discord channel.
Besides this, ‘Space Cup’ is also a place where players can connect with each other, play challenging mini-games together, and explore an infinite range of immersive worlds. 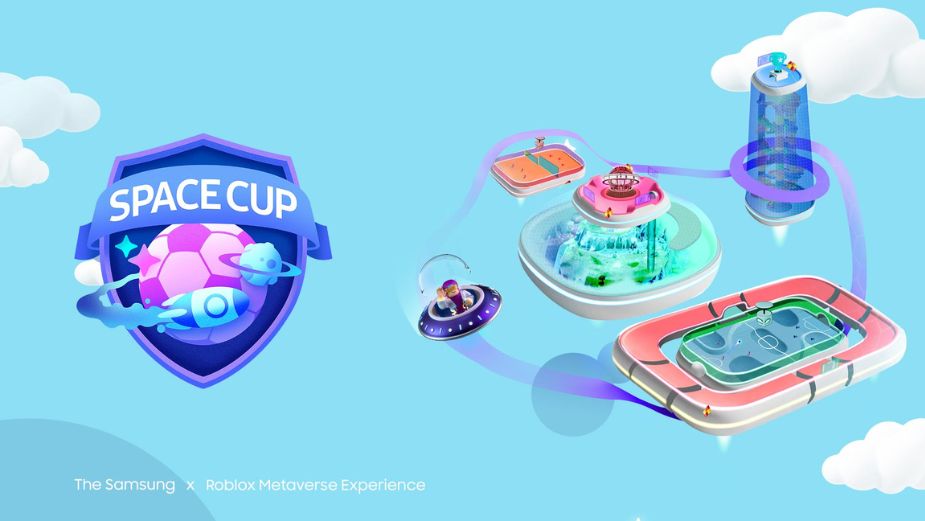 The UAE is awash with football fans and hotels are at full occupancy, because for the first time in the Middle East, ‘It’s coming home’. We are just down the road from Qatar, and we are all buzzing! Tactical promotions in every store, fan parks on every corner, tourism booming - there’s a great energy about the place.
To get the elephant in the room out upfront - the pride Arabs in the GCC (Gulf Corporation Council) feel this World Cup is not an overt endorsement of Qatar or its government. The world often forgets the Arabs' passion for football, because the Middle East and football - when discussed in the same sentence outside of the region - are usually in the narrative around the influence of Gulf money on the game!
For the Arab world, football is huge and has, for many years, played a critical role in capturing the collective imagination of the youth. Certain players born from the region have become generational heroes. You only have to look at Mo Salah, Egypt’s homegrown legend who has triumphed irrespective of the limits of opportunity at home and has captured the imagination and passion of the next generation.
Personally, it has been tricky to be excited by any of the global ads this World Cup. Understandably, many of the brands overseas have cleverly tried to distance themselves from any form of support or endorsement for Qatar, hoping to avoid the controversy or the onslaught of further press criticism.

We’ve seen many brands taking us on a trip down memory lane of past tournaments, and adidas focusing purely on the fact that it’s Messi’s last tournament with its ‘Impossible Rondo’ ad was definitely one of the strongest.

It feels like only Coca-Cola has answered the brief, with an ad that celebrates authentic and simple moments of connection for football fans. After all,  ‘believing is magic’. That said, whilst it's an uplifting campaign, avoiding any controversy that could be associated with the host nation has left me feeling… a little bored!
It feels like we have all forgotten just what the World Cup is about – football and passion.

It’s a great opportunity for advertisers to tap into both. Closer to home, HiSense as an official sponsor of the tournament has focused on the fact that, with the tournament being closer to home than ever, football fans in the UAE and Kuwait will definitely be watching all the games.
But, it doesn’t feel authentic and certainly doesn’t tap into the mindset of some of the region's most passionate fans.

Sadly, there are few brands truly tapping into rich regional insights. It’s a missed opportunity. McDonald’s Arabia makes a good attempt as an official sponsor to unite fans across the region with this spot. Focusing on uniting global fans. But it’s just that. A global ad – running regionally.
Activation-wise things get better, with McDonald’s partnering with famous Arab soccer commentator Raouf Ben Khelif, who encouraged TikTok users to duet his video with their own commentary.

I am trying hard once again to ‘believe’ that we might see glory, so I will join with the Saudis in their passion with a nice nod to nostalgia this year from Mobily, its challenger telcommunications brand.

The best example of celebrating the Arab world’s passion and tapping into regional insight (and I promise I am not biased) happens to be this great spot from Burger King Kuwait… OK it just so happens to be by M&C Saatchi, but you can’t deny that it shines a spotlight on the passion of Kuwaitis when it comes to all things football. They might not be making the 1000-mile road trip to Qatar, but they will certainly be tuned in and cheering!

The staging of the World Cup in the Middle East for the first time is a source of regional pride. In many ways, the Qatar World Cup is actually the Middle East’s World Cup - an opportunity for this part of the world to capture global attention with the most spectacular and iconic sporting event. It represents a unique opportunity for advertisers. For so long, they have ‘piggybacked’ off the World Cup from afar, but now, they have every right to lay claim to being an active part of this year’s showpiece event. Following the Dubai Expo, the proliferation of regional Formula 1 races, and the Asian Winter Olympics set to be hosted in Saudi Arabia, the Gulf is experiencing an unprecedented period of event traction.
Advertisers have responded to this. World Cup budgets have been planned and built in the marketing calendar since 2021, with all advertisers looking at innovative, credible, or alternative ways to take part. Across multiple industries, ranging from automotive, CPG, travel, banking and retail, there is an advertising opportunity and story to be told. Who wants to be the marketing director who fails to take advantage of this never-seen-before opportunity? The ‘how’ to get involved is the key. It must resonate with your brand purpose and objective. Doing something for the sake of doing something is still something we advocate against – despite the obvious reach advantages.
One of our advertising clients is looking at really clever guerrilla-style activations to own the e-mobility space, helping fans get to the stadiums in Doha in a sustainable way. Another client - focusing on developing deeper brand associations and bespoke football packages to drive inbound tourism - has recently partnered with arguably the most iconic football player the world has ever seen. Every advertiser knows they need to be involved in this opportunity. It’s simply about making sure the World Cup works for them and they don’t work for the World Cup.
[Photo credit: History of Soccer]
view more - Trends and Insight