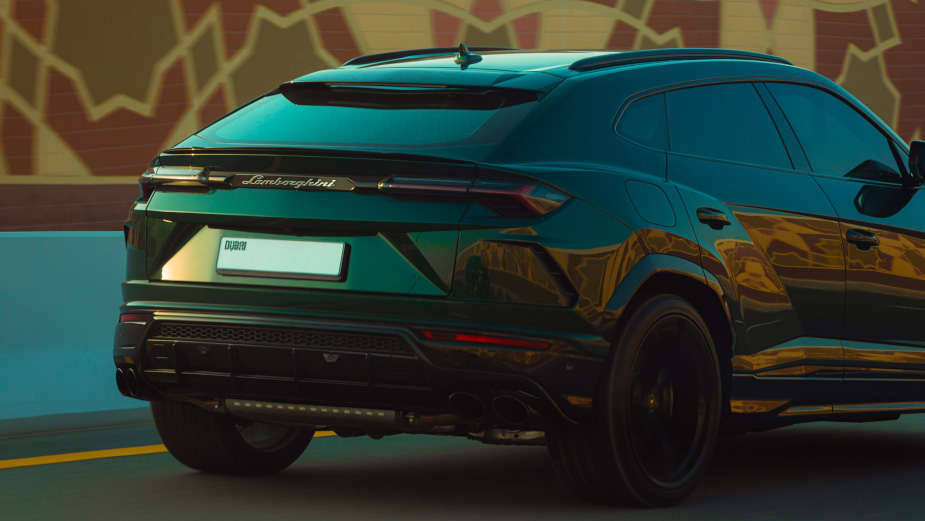 Global hunger reaches 800 million people each year, a cause that the Mohammed Bin Rashid Al Maktoum Global Initiatives has pledged to support by raising funds for 1 Billion Meals. Part of the holy month of Ramadan involves ‘zakat’, the third pillar of Islam which refers to charity, charitable donations and fasting. This year, as part of charitable efforts, the UAE Government Media Office partnered with Publicis Groupe and Saatchi & Saatchi UAE to create ‘Empty Plates’, a fundraising initiative.
The campaign involved car owners replacing their own number plates in favour of ‘Empty Plates’, a way to draw attention to the fundraising cause which had coveted number plates selling for the noble cause. As lavish cars drove around the streets of Dubai with no number plates, social media filled with the buzz about what could be happening and how people could get involved. At the following Most Noble Number Charity Auction event, audience members bid for 560 exclusive number plates which raised a total of AED 164 million [$43.8 million] within a two hour period – the largest ever auction for a humanitarian cause.
Speaking to LBB’s Nisna Mahtani about the campaign are Khaled Al Shehhi, executive director, marketing & communications at the UAE Government Media Office, Tahaab Rais, CSO at Publicis Groupe and Sebastien Boutabel, CCO at Saatchi & Saatchi Middle East.

LBB> Why did you want to bring the idea to life during Ramadan and what was the intended impact of doing so?

Khaled> The ‘1 Billion Meals’ campaign builds on previous fundraising drives also staged during Ramadan, the Holy Month when Muslims share the plight of the less fortunate through the daily fast. Last year, we met the target of 100 million meals, so this year we aimed significantly higher. No one should ever go hungry at any time of the year, but Ramadan is also a time when acts of charity are encouraged.
So, running a fundraising campaign that aims to alleviate hunger and feed over 800 million people in 50 countries then makes perfect sense. More than this, the Mohammed Bin Rashid Global Initiatives (MBRGI) aims to go beyond fundraising and create a social movement of humanitarian solidarity supporting vulnerable families in the Middle East, Africa, South Asia and beyond.

LBB> Tell us about the initial idea behind this campaign.

Tahaab> People in the UAE love having unique number plates on their cars. These car plates attract attention and user-generated content on social media. And they provide considerable badge value to car owners. So, the auction was designed to promote these unique number plates to ultra-high-net-worth individuals, with bid amounts going to the 1 Billion Meals initiative.
To attract attention to this auction, we tapped into the fact that while these car number plates were popular and noticed, there were many food plates (metaphorical and real) in need of food, in several underprivileged parts of the world, were not being noticed at all.

LBB> Can you tell us a little more about how you landed on the idea of using the double meaning of ‘Empty Plates’?

Sebastien> Our idea came from that strategic insight. The entire idea hinged on the premise that to fight the empty plates that truly matter, we wanted to focus on the empty plates that people do notice.
So, we created special empty car plates (with no numbers) and placed them on hundreds of cars across the country. We then created a video that was seeded to ultra-high-net-worth individuals to attract them to the auction.

LBB> The copy relays the message of supporting this charitable cause. How long did it take to create?

Khaled> Ramadan lasts for a lunar month, so we had a limited time to come up with the idea and execute it, regardless of its complexity. After the auctions were designed and built, we had 20 working days for the Empty Plates activation. This included creating the plates and stickers, locking the locations, getting the approvals, executing the operation, filming, producing and post-producing the film, with enough time to inspire people to donate.
It looks simple but it required a great deal of planning so we and our agency and production partners had to be agile. We had a set schedule of calls and reviews early morning, including weekends, to make sure we could achieve this at scale and in the right places to capture the right shots. 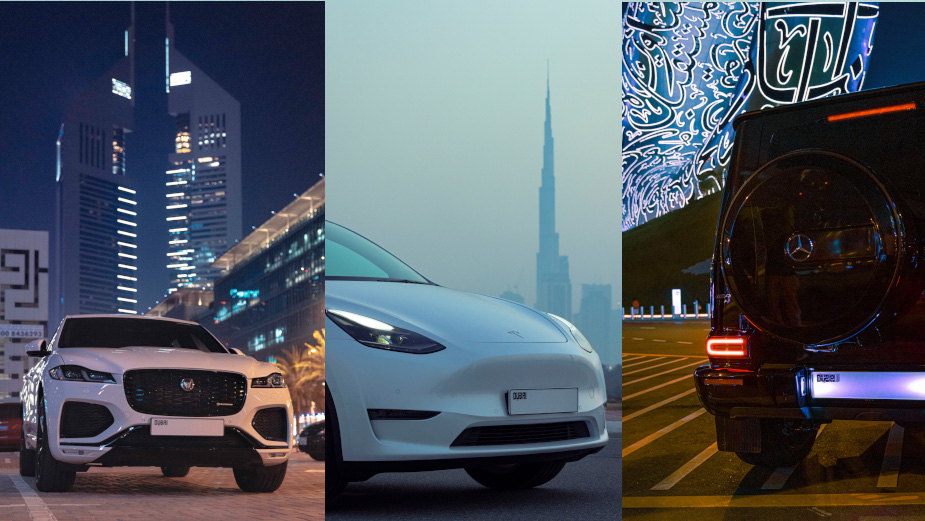 LBB> How did you go about capturing the footage of the cars from different angles and how long did the process take?

Tahaab> We shot this over one day! We set off at dawn and shot till late at night, during the month of Ramadan, while some of us were fasting. It was challenging with the heat in the UAE but with a passionate team, it all worked out just fine.
The intent was to be as real and ‘UGC’ [user generated content] in our approach as possible. Think of it as filming a news story for social vs a film for social. We didn’t want this to be a cinematic production as it’d just look fake. We wanted the plates to be on real cars, with real car owners, and follow them around in other cars – capturing them on the road for real, capturing them in parking spots with amused bystanders and capturing them in other hotspots where they got snapped up. This guerrilla style of filming with our partners at Prodigious helped us to create an authentic and believable story. Hence, why it went viral!

LBB> Who drove the cars that were featured and were there any challenges to getting a shot of all of them in one go?

Sebastien> The only thing we ensured that we coordinated and planned was where they were parked (to attract the right eyeballs), where they were driving (to ensure it caught attention) and how many of them were driving together (to create that visual impact for people seeing so many plates). This was challenging given the one day we had to shoot with a fasting crew, but it was a fantastic, well-planned production.

LBB> Can you talk us through the use of sound and how this helps deliver the message of this campaign?

Tahaab> In terms of sound design, we wanted to capture ambient sound to give it the realistic feel we were seeking. In terms of the music, we chose a track that took us on a journey – as music should. It starts sombre to respect the problem and it elevates to make us resonate with the solution and the end impact. The sound definitely helps elevate the film’s impact.

LBB> What has the response and donation been like so far and what can we expect to see next?

Khaled> In total, more than 560 special plates were auctioned off as part of 'The Most Noble Number Charity Action'. Having raised an incredible AED 164 million ($43.8 million), it is the world's largest plate auction for a humanitarian cause. In Dubai, one plate was sold for 35 million dirhams (just under $10 million).
The winning bids made a significant contribution to the 1 Billion Meals Initiative but not everybody can make such generous gestures. That’s why the Empty Plates activation cleverly involved everyone, inviting them to donate what they can. This was the last push before the end of the fundraising campaign and we can say it is what got us across the line.
As for what’s next, our creativity will be inspired by the campaigns coming up, their purpose, their audience and their timing.

Sebastien> We were very excited to create something culturally relevant yet provocative, meaningful and attention-grabbing – and that too for a government brand – that has driven effective results.
It shows that creativity will always win when it’s done with the right intent and with the right partners – both the client and agency alike.
view more - Behind the Work