How DoorDash Is Welcoming You to the ‘Neighbourhood of Good’ 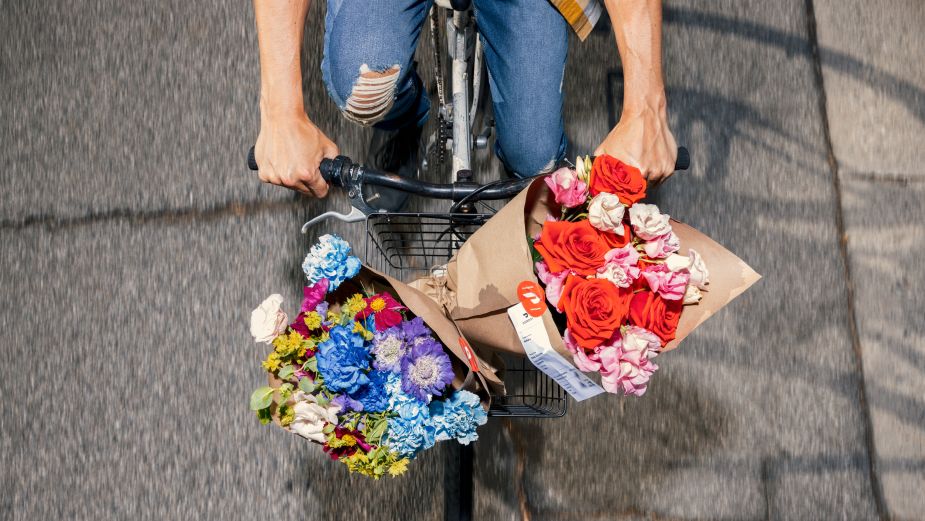 DoorDash’s new brand platform ‘A Neighborhood of Good in Every Order’ aims to celebrate each person that is impacted by the few taps you make on your phone. From ‘Dashers’, to merchants and consumers, every order creates a ripple effect of good in people’s lives and neighbourhoods, from creating and sustaining jobs for Dashers and store employees, to helping keep small businesses alive.

Working with The Martin Agency, the delivery app has launched a new campaign for the platform that will run across TV, radio, and OOH. Hoping to empower the DoorDash community, the campaign features a mix of 15-second spots that reframe ordinary, everyday orders and focus not on the consumers and the service, but on the people who are supported by and work with DoorDash. A relaxing voiceover reveals the economic truth behind each order, as the 15-second tableaus become snapshots of how ‘DoorDashing’ contributes to the collective good of a neighbourhood.

Speaking with LBB’s Ben Conway, DoorDash’s head of brand marketing, David Tai Bornoff says, “The inspiration and role of this platform is to create a powerful, emotionally resonant and cohesive presence that brings to life DoorDash’s mission to grow and empower local economies. ‘A Neighborhood of Good in Every Order’ is not just a line, but an ethos and spirit that should come through across all of our efforts - from the stories we tell to the way we show up in the world. From the bodegas of NYC to the avocado toast cafes of Los Angeles, we strive to be everywhere the neighbourhood is.” Demonstrating DoorDash’s positive economic impact on communities, the platform builds from the company’s previous ‘Every Flavor Welcome’ campaign, which championed inclusivity, and the ‘Open for Delivery’ campaign - a rallying cry to support merchants during the pandemic.

He adds, “Every order placed creates a ripple effect of good in people’s lives, livelihoods, and neighbourhoods. By creating access at the local level, consumers are able to make an impact in their communities, Dashers are able to fund and achieve their goals, and businesses are able to grow and succeed in the convenience economy.”

Discussing how the campaign for the new platform was developed, The Martin Agency’s creative director Danielle Delph says, “Our copywriters Paola Villatoro-Weir (senior writer) and Stacey Smith (creative director) honed in on a tone that could work hard for us while still bringing a human side (with a wink) to what the brand wanted to say. As always, we collaborated with our DoorDash clients to find that balance that we could all be happy with.” DoorDash has been a long-time client for the agency, which means that the creatives were aware of the brand’s desire to tell this story and - after several rounds of iteration - they finally found the right approach to take.

Describing the alternate angle that they decided to use, she says, “Rather than position ourselves as something used only out of convenience and necessity, which, frankly, anyone can do - we wanted to show how simple orders, and the completely ordinary reasons for making them, help keep a neighbourhood thriving. That behind every order is a collective effort that involves the neighbourhood - from the small business that prepares it to the Dasher who delivers it.” 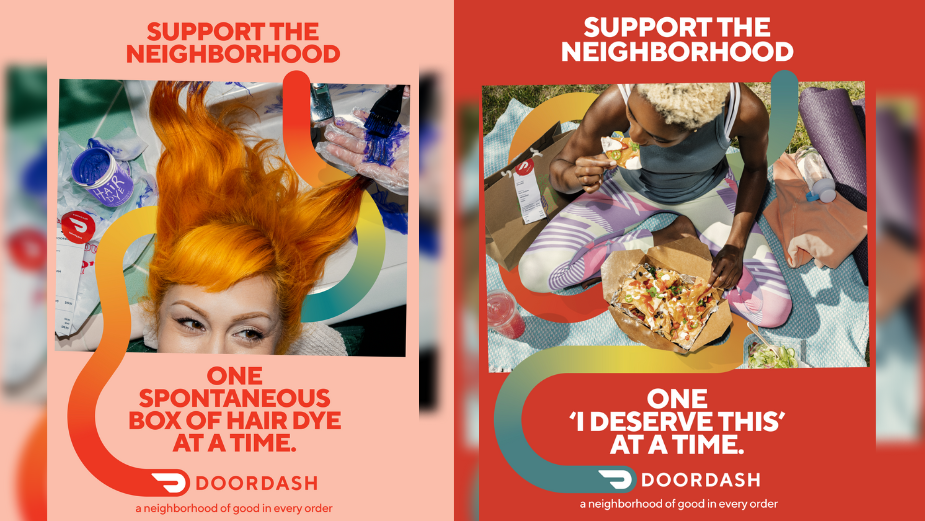 This angle was partly derived from insights gathered in DoorDash’s ‘Economic Impact Report’ - a study that the brand conducted to track the progress of its mission to empower local economies. David shares that some key highlights which influenced the platform included: “Over 500,000 merchant partners were active on the DoorDash platform in the US as of the end of 2021 and DoorDash drove over $25 billion in sales for its marketplace merchants that year. Additionally, Dashers in the US contributed more than $18.7 billion to the US GDP through their Dashing income.”

This research and platform also comes after a five-year, $200 million pledge that the company made in November 2020 to help grow local economies. “These resources are dedicated towards ‘Main Street Strong’ initiatives and directed by DoorDash in ongoing consultation with our Dasher Community Council, Voices from Dashers of Color Council, Restaurant Advisory Council and other community partners,” says David. “We believe that our communities thrive when we create equal access to opportunity for small business owners. Through the ‘Main Street Strong Accelerator’, we’ve worked to increase access to restaurant education to stabilise, adapt, and grow small businesses.

Our newest initiative to empower local entrepreneurs is the ‘DoorDash Accelerator for Local Goods’, a program designed to uplift people of colour, women, trans, and immigrant-owned local CPG businesses, by providing them with resources to bring their products to market.”

Embodying this work and philosophy into the new campaign, The Martin Agency’s senior writer, Paola Villatoro-Weir, says that the spots reframed quintessential DoorDash moments - a 2 AM burrito order or emergency toilet paper purchase - depicting them in a relatable and completely ordinary way while revealing the economic truth behind the transaction through the voiceover. She says, “That toilet paper and impulse-buy for wine from a pharmacy helps keep that pharmacy in business; an order for some ramen noodles helps to create local jobs and some extra cash for Dashers. Pizza three times a week isn’t lazy, it’s pro-business.”

Directed by Lisa Gunning and produced by Imperial Woodpecker, Stacey says that the agency, client and filmmakers became “one big team” to capture all the unique moments during the five-day shoot. A challenge that arose, however, was the need to keep things simple, as Danielle explains. “We set out to keep the creative for this stupidly simple but the more people involved, the more testing, the more time spent finessing there were times we started to overcomplicate things. Having honest conversations with ourselves, our partners and our clients goes a long way in stopping the inevitable swirl that comes from huge campaigns like this. In the end, the simplicity of these spots is what stands out because we pushed and pulled where needed.”

Despite writing “more than a hundred scripts” and, according to Paola, throwing “everything they could think of at the client”, the team managed to distil the platform’s character into 12 succinct spots. Even with this focus on the simplicity and the candidness of each video, the creatives still managed to take some risks and stretch the boundaries of the platform with some memorably cheeky ideas. Danielle says, “As the creative team, we’re always most excited when clients want to take a little bit of a risk. ‘None of our Business’ and ‘Flowers’ are some of our favourites because they push the brand tonally and don’t take themselves too seriously within a campaign that could easily stray overly earnest.”

"None of Our Business is the team favourite for sure," adds art director, Jayne Goodall, "The insight came from Reddit where Dasher’s would share screenshots of an occasional 'taboo' order, if you will. We felt this was grounds for some hilarious and unexpected storytelling but knew if we were ever to make a spot about vibrators for DoorDash, it would have to be subtle. These constraints lended themselves to the best of creative where less is truly more. In a 15-second spot nonetheless. From conception to production to post, this spot never got old."

Through these entertaining ads, which aren’t always quite as they first appear, DoorDash shows how your everyday orders do in fact have a real impact on your community. “We hope to inspire and engage consumers to be even more community-minded than they already are,” says David. “This can feel daunting but even the small act of an order is a connection and contribution towards the community: our customers, our merchant partners and our Dashers.”

He explains that, from its inception, DoorDash was built to empower local economies and protect the small businesses being left behind in the convenience economy. Now, continuing the momentum that they generated during the pandemic, Davidsays it’s time to help more people realise the power of the small action of ordering something on DoorDash, and the number of people and businesses it contributes to.

“We’re incredibly proud of our impact and grateful to further our mission to empower local economies by connecting consumers with the restaurants they love, supporting our merchant partners, and creating flexible work opportunities for Dashers. We’re celebrating the real people and businesses behind the order that help to build thriving, diverse, and vibrant communities. Brands alone cannot facilitate sustainable change but can inspire, engage, and guide communities to take part. It starts by helping them realise the level of impact they are capable of.” 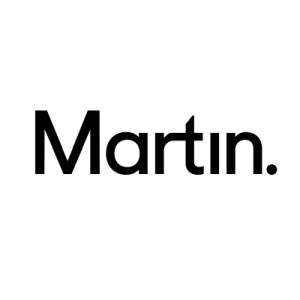 News from The Martin Agency 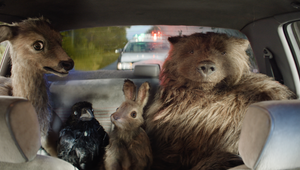 LegalShield Campaign Reminds You That Some Laws Are Stupid 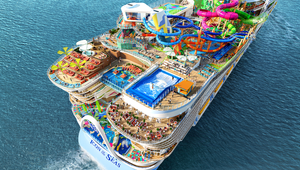 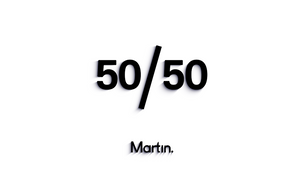 The Martin Agency Commits to Righting Gender, Race and Ability Imbalance Behind the Camera 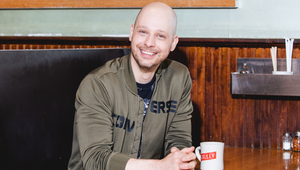 Work from The Martin Agency 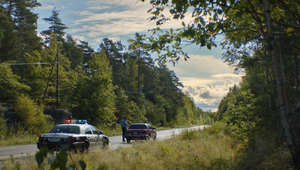 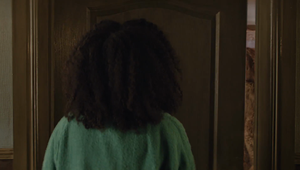 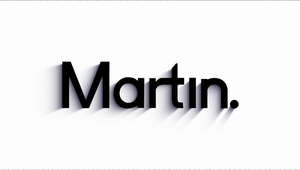 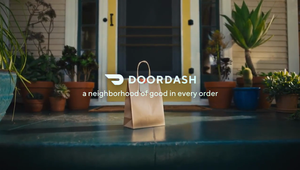