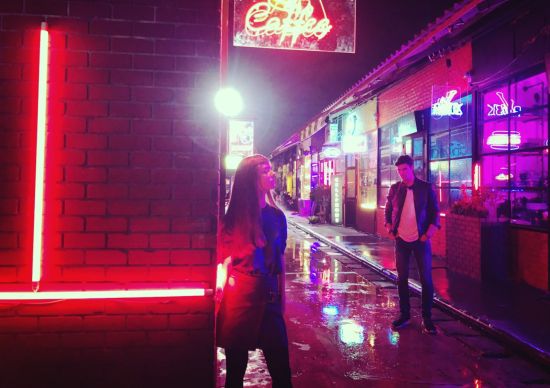 Last month saw the global product launch of Vivo’s V9, the official smartphone for the FIFA World Cup in Russia this summer.

Vivo is almost unknown in Europe despite the brand’s meteoric rise in the mobile phone sector - now 5th in global unit sales behind Samsung, Apple, Huawei and OPPO.

BBDO Hong Kong and Vivo entrusted Milan-based directing duo Jansen&Rodriguez before they had even seen the directors’ treatment. The only stipulation was that the commercial be filmed outside of Asia to give it a distinct Western feel. Vivo is expanding into Europe this year after they signed a $4 billion deal with mobile technology giant Qualcomm. The choice of locations was narrowed down to LA or Barcelona, the latter appealing to Jansen&Rodgriguez since they know the city well and the locations to recommend.

Already on a tight schedule, a discussion and eventual decision was taken to relocate the shoot to Bangkok. The city is the film hub of South East Asia and the industry’s high production standards and world-class crews are renowned. Along with an ethnically diverse pool of talent now residing in the capital, Indigo executive producer, Nigel Kenneally, remained unfazed by the change in plan despite the fact that it left him 12 days to prep for the three day shoot, across multiple city locations, ambitious set builds and a cast of 60.

With the limited post time came the usual availability issues when trying to work with the best in their various fields. So in line with the brief on the imagery, the choice went global with Smoke & Mirrors Amsterdam and NHB Berlin for pictures and sound respectively. All the while the approvals were taking place in Shanghai, Hong Kong, Milan, and Bangkok.

The Making of Vivo V9