Get Out the Vote: Introducing the AICP Community Award

Shortlists for AICP Show and AICP Next Awards announced 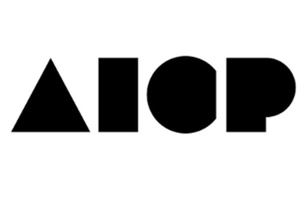 Matt Miller, President and CEO of AICP, today announced the first-ever AICP Community Award, to be presented during AICP Week in June, for which tickets and passes are now available. The new honour will be selected by the public from among the shortlisted work in the AICP Show Advertising Excellence/Single Commercial category.  Voting takes place via a chatbot powered by The Bot Platform, from April 25th – May 24th.
The AICP Community Award is an unfiltered way to give the entire industry the ability to voice its opinion on the favorite spot of the year. Voters will choose from among the shortlisted pieces in the Advertising Excellence/Single Commercial category of the AICP Show. The voting is open now via the Curator Bot, which lives on Facebook messenger and can be accessed here. The results will be announced during AICP Week (June 4th-June 6th).
“We are incredibly excited to find out what others think should be singled out as the best ad of the year, and hope all will join in and let us know their favourites. Using a bot – which is becoming an increasingly popular tool for marketers – is a fun and engaging way to encourage voting.” noted Miller. “Each year’s shortlists come into being because of the hard work of the 400-plus judges around the world who lend their professional and artistic voices to the AICP Awards; in turn the shortlists are reviewed by blue ribbon curatorial committees. It will be interesting to see how the public selection matches up with that of our judges and curators.”
The addition of the AICP Community Award means the viewing audience has a chance to weigh in on a favourite ad. The Bot Platform, which developed the chat bot on Facebook’s messenger platform, works with clients including CBS Showtime, Dyson, Viacom, Sony PlayStation and Facebook.
Also unveiled today are the shortlists for the AICP Next Awards and AICP Show. The winners of the AICP Next Awards will be revealed on June 4th, while the AICP Show honoress will be unveiled at The Musuem of Modern Art (MoMA) on June 6th.  All shortlisted pieces along with their corresponding credits may be viewed at: https://aicpawards.awardcore.com/shortlist/index.php.
The 2019 AICP Show Chairperson is Daniel Bergmann, Founder and President of Stink; the 2019 AICP Next Awards Judging Chair is Jaime Robinson, Co-Founder and Chief Creative Officer of JOAN.  Both serve as Chairs of their hand-picked Curatorial Committees that are made up of a virtual powerhouse of the best and the brightest in various disciplines in the industry. As part of the curatorial duties, these committees review all judging results determined by the hundreds of judges across all categories, and have been tasked with assembling the final shows.  To see the AICP Next Awards Curators, click here; to the AICP Show Curators, click here.
THE SHORTLIST TALLY
On the Shortlists, MJZ led production companies with 40 mentions, followed by 18 for Somesuch; 13 for Furlined; 12 for Park Pictures, and 11 each for O Positive and RESET.  On the agency front, Wieden+Kennedy led the pack with 34 mentions, followed by BBDO (across various locations and affiliates) with 30; R/GA with 18; 17 for various offices of DDB ; and 16 for Apple’s in-house agency.  Apple and Nike were the top brands on this year’s Shortlists with 22 mentions, followed by Hennessey with 12; and AT&T and Girls for Gender Equality with nine each.  The top 10 Production Companies, Agencies, and Brands appearing on  the Shortlists are as follows:
AICP Awards Shortlists: Production Companies
1. MJZ - 40
2. Somesuch - 18
3. Furlined – 13
4. Park Pictures – 12
5. O Positive - 11
6. RESET- 11
7. Biscuit Filmworks - 10
8. SMUGGLER  - 10
9. Epoch Films – 9
10. RSA Films - 9
AICP Awards Shortlists: Advertising Agencies
1. Wieden+Kennedy- 34
2. BBDO (various offices) - 31
3. R/GA - 18
4. DDB (various offices) - 16
5. Apple - 16
6. Droga5 - 15
7. Deutsch – 12
8. TBWA\Chiat\Day (including TBWA\Media Arts Lab) - 12
9. McCann (various offices) – 12
10. BBH – 8
AICP Awards Shortlists: Brands
1. Apple – 22
2. Nike – 22
3. Hennessy - 12
4. AT&T - 9
5. Girls for Gender Equity - 9
6. MedMen - 7
7. Samsung – 7
8. Skittles - 7
9. Dollar Shave Club - 6
10. GEICO - 6
11. PlayStation – 6
12. Squarespace – 6
The AICP Show & AICP Next Awards will debut during AICP Week, which will take place in New York City June 4th – June 6th. The AICP Next Awards will be on June 4th at the Tishman Auditorium, and the AICP Show premieres at The Museum of Modern Art on June 6th, before heading out on a National Tour.
More information about AICP Week, as well as Passes and Tickets, are now available on aicp.com.

AICP Awards Finds Someone as Passionate About Craft as They Are