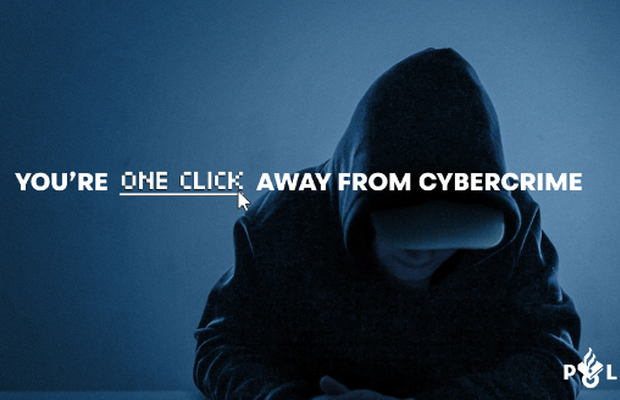 Holland’s national police force engaged FCB Amsterdam to help raise awareness about cyber crime and alert adolescents to the potential dangers of cyber-experimentation. The campaign, which reached more than 13 million Dutch nationals online, raised awareness around the multitude of risks that can lead teens to engage unwittingly in criminal activity, and last week was awarded two prestigious Lovie awards, celebrating the best digital work of Europe.
Cyberspace offers an unregulated online network of sources that can provide teenagers with simple instructions for code breaking, piracy, phishing and DDoS attacks. Police studies show that 90% of all Dutch youngsters (between 12-18 years old) will experience cyber crime. FCB created a campaign that tapped into their natural need for experimentation as a way of warning them about consequences of cyber crimes.
The content was available for one day only, putting almost 10,000 Dutch youngsters on the verge of committing a cyber crime. Young people may be more likely to commit cyber offences because they believe their actions online are less serious than their ‘real-life’ counterparts. The anonymity of the internet means young people believe they are invisible and are therefore more likely to engage in criminal activity. Teenagers have the tools to commit cyber crime literally at their fingertips but are often unaware of the consequences of their behaviour, which can include severe custodial sentences.
FCB Amsterdam’s campaign engaged 9,456 youngsters by fooling them into almost committing a crime. They focused on three common cyber crimes – phishing, hacking and committing DDoS attacks and set traps for potential perpetrators that redirected them to a police website. The first of these traps was set up in collaboration with the game platform IGN on which a short documentary was aired where a hacker details how phishing can enable gamers to steal V-Bucks (the currency used in the game Fortnite). Gamers who took the bait were greeted by a police video that informed them of the potential outcomes of the offence they were about to commit.

You're one click away from Cybercrime - Politie from FCB Amsterdam on Vimeo.

Popular YouTuber Marije Zuurveld, herself a victim of cybercrime, was enlisted by the police to post a link on Instagram that would supposedly teach users how to secretly log into someone else’s account. Again, when users followed the link, they were greeted by a similar video detailing the consequences of social media hacking. Last to be targeted were students who were searching for a way to disrupt their school portal using a DDoS attack in order to delay exams. The potential perpetrators were then taken to a site called Hethetpolitie.nl where they learnt more about cyber crimes and the impact that they could have on their future.
For the one day that they were active, the online traps managed to trigger almost 10,000 individuals to the point of committing a cyber crime. Since then over 13 million people have watched the campaign film, with 52% of young people revealing that the films made them change their online behaviour. A further 57% admitted that the campaign made them think, highlighting the importance of opening discussions around the legal and ethical boundaries online.
The campaign itself gained massive attention in The Netherlands with publications in all relevant (young) media, giving the Dutch Police the opportunity to talk about the risks of cyber crime for youngsters in all major media outlets.

‘We Have to Run an Extra Mile’