Experience the Sights of Seattle with Stimulant's '520 Teleporter' 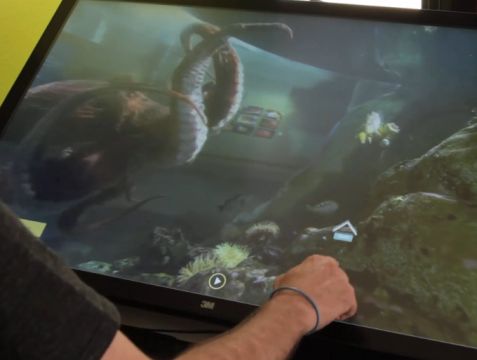 Seattle’s Space Needle, originally built as a symbol of the future for the Age of Space 1962 World’s Fair, just launched several new interactive elements to reimagine the tourist experience.

Working with creative agency Creature for creative direction and content production, Stimulant designed and developed the 520 Teleporter digital kiosks which instantly teleport guests from where they stand, 520 feet in the air, down to some of the coolest spots in Seattle. They used Microsoft’s Photosynth to augment their 3D imaging technology and create immersive views of Seattle hotspots that you can only experience at the Space Needle itself.

Viewers can check out the Pike Place Market for a ‘fisheye view’ as it flies through the air into a crowd of onlookers; see what it looks like inside the octopus tank at the Seattle Aquarium; or climb aboard one of the houseboats made famous by the film “Sleepless in Seattle.”