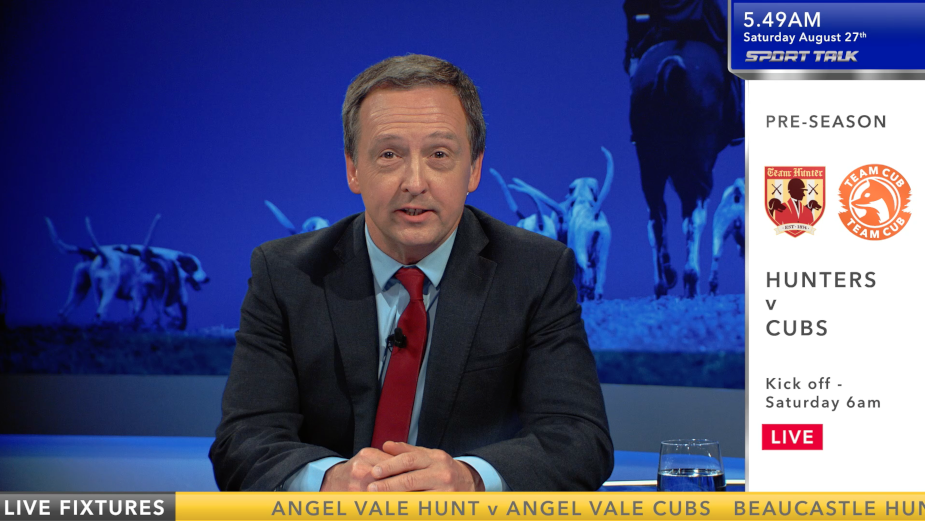 The cruelty of killing fox cubs for sport is highlighted in a TV sports show parody created by Engine Creative, officially launching as House 337 in September, for Keep The Ban – a non-profit organisation that campaigns against the hunting of wildlife for sport, including the killing of fox cubs through a practice called ‘cubbing’ which is used to prepare the hounds for the foxhunting season.

‘Cubbing’, the equivalent of the ‘pre-season’ for foxhunting – which typically occurs in late August and September – involves hunters training their dogs to kill fox cubs as they are easier to catch than adult foxes.

The practice is responsible for slaughtering thousands of defenceless fox cubs in England and Wales each year. Yet few members of the public know about it – 88% of people have never heard of it, and just 5% know what it is, making cubbing one of fox hunting’s dirtiest secrets – but when it is explained, 69% of people are against it, according to Keep The Ban research conducted in July 2022.

Under the 2004 Hunting Act, fox hunting, deer hunting, and hare hunting are illegal in the UK. Several exemptions under the act are used by fox hunts to avoid prosecution, however, making it difficult for the police and Crown Prosecution Service to enforce the hunting ban – a situation Keep The Ban is campaigning to change.

To support Keep The Ban’s work, Engine set out to raise awareness of cubbing and help efforts to persuade more people to support the campaign against it.

Inspired by groups in charge of fox hunts rebranding to The British Hound Sports Association earlier this year, it wanted to lambast the ridiculousness of seeing this barbaric act as a sport. So it set out to present cubbing – a brutal, cruel, ridiculous and one-sided activity that seems miles away from sound sporting principles – as the World’s Worst Sport.

In the new 118-second film, ‘The World’s Worst Sport’, a TV sports presenter and expert commentator in a TV studio discuss the countdown to a cubbing session as they might preview a football match, also interacting with a reporter ‘live’ from a field where the families of foxes live. The film will be launched on social media: Facebook, Instagram, Twitter and TikTok on 25th August 2022.

Rob Pownall, founder at Keep The Ban, said, “It's 2022, and there are people going out ripping fox cubs to pieces. It's shocking and bizarre. That is exactly what this film encapsulates - a normalisation of an almost surreal pastime continues to occur across the UK. Using an easily recognisable format, we could expose this grotesque activity to a new audience.”

Steve Hawthorne, creative director at Engine Creative, said, “The bad thing about a project like this is that it forces you to face up to how sick and twisted some human beings are. The good thing is that you get to work with some truly awesome human beings to do something about it. In this case, those human beings came in the shape of the wonderful people at Glue Society, Biscuit, the Mill, String and Tins, plus the endlessly inspirational and impressive crew at Keep The Ban. Go Team Cub!”