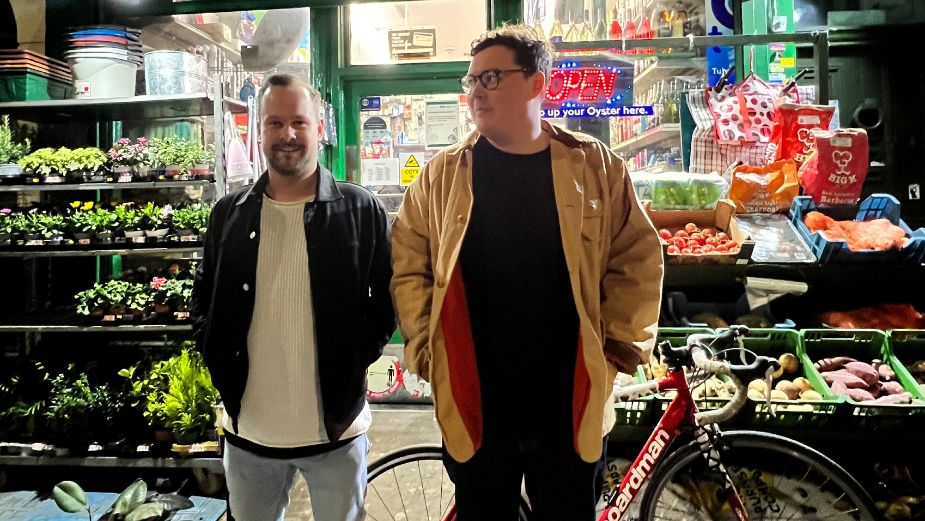 Who are Dash? The team of Ashley Wilding and Daniel Davison would have preferred the nickname Asda, but they make do. It’s the only compromise they make in their professional lives.

These relentless, passionate, good-humoured creatives describe themselves as “total opposites and completely the same” (in Dan’s words), and “more like brothers than colleagues” in Ash’s. The pair have twice been named Australasia’s Creatives of the Year by AWARD, and are founding members of TBWA\New Zealand’s From Nowhere, a fully remote, global agency division working from different countries and continents on New Zealand clients.

The pair have never not worked together, and seem (like so many of the best partnerships) almost preternaturally in tune with what the other is thinking, hoping, or even fearing. They spoke to us at LBB about just what it is that makes their partnership so unique, and so successful. And Ash, at least, was quick to point out their differences.

“I’m an extrovert, Dan’s an introvert. I’m a dreamer, Dan’s a realist. I can’t sit still, Dan gets his head down and focuses. I never shut up, Dan only talks when it’s worth hearing.”

Dan, for his part, is just as eager to clarify where those differences end.

“We have two very different personalities but when it comes to the work, we think the same. It’s almost telepathic. Spooky in a way. We like the same kind of ideas. We hate the same stuff too. We share the same values, and are only here to have fun and make things we find interesting with interesting people. As soon as that stops happening, we’ve both vowed to become postmen.”

Before Dash started From Nowhere, the pair were creative directors at CHE Proximity Sydney, which they helped grow from a handful of people to one internationally renowned for its effectiveness and creativity. At their new headquarters, the pair have done work which ranges from creating NRMA “slow-ways” for caravanners, to hi vis dog vests for Southern Cross Pets, to yoga poses inspired by products from the IKEA catalogue.  They’ve got a style all their own - one unashamedly quirky and offbeat - and are unconcerned with looking cool or chasing trends. As Ash says, “I trust my taste, and I don’t let what everyone else thinks is good influence what I like. If you start doing that, all of the work starts to look the same.”

Dan echoes his partner. “It’s really easy to get caught up in worrying about what a jury will think about your work. Measuring every idea against the latest round of case studies is inward thinking and a bad habit.

I’ve got the dad test. I care more about what my dad and his mates think down the pub on a Friday night. You get an unedited, honest first reaction and they’ll tell you exactly how it is.  In fact, I’ve done presentations in the past where we get him to review all of the work going through the agency. It’s a laugh.”

This philosophy of cheerfulness seems like a guiding principle behind much of the duo’s work. Dan certainly believes so, observing, “We have to remember we work in an industry that celebrates the weird and wonderful. I really enjoy ideas that make an impact in the world, but I also want to be entertained.

“The world is going through some very serious stuff, our work can be the thing that lifts people up. Great ads can pull you out of the funk of the day to day grind and, god forbid, make us laugh once in a while.”

Ash is quick to clarify, though, that as cheery and approachable as their campaigns may seem, the work behind them remains as serious and dedicated as ever. “I think when seeing ideas, we owe it to whoever spent time on them to be decisive and honest. ‘Umming’ and ‘ahhing’ isn’t helpful to anyone at any stage of the process.”

When it comes to that process though, Ash and Dan are happy to admit they don’t have one. Rather, they have a continual evolution of ideas and observations. “My mind is constantly ticking,” says Ash. “Brief or no brief, I’m always jotting things down on scraps of paper, filling my phone with ‘wouldn’t it be cool ifs’ and flooding my own inbox with insights, ideas and references. There’re creative goodies all over the place.”

And how do those observations become fully-fledged ideas? Collaboration - with anyone willing and able to help. “How good is the invention of Google Slides?” Dan is enthusiastic in his praise. “Without it, our From Nowhere with TBWA\NZ concept wouldn’t have seen the light of day. We get to work collaboratively from anywhere in the world, with people we’d never usually meet.

“We build all of our ideas and presentations together, with little notes and comments back and forth. I couldn’t name a more prolific creative crew than anonymous walrus, anonymous camel, anonymous anteater and anonymous beaver.”

Dash’s campaigns and their process both reflect that same earnest cheerfulness, one likely borne from the sheer thrill of getting to a job they genuinely love.

Ash certainly seems to think so. “I grew up in Manchester. For 90% of my teachers at school, I was a nightmare. But when it came to art and sport, I enjoyed it, so I behaved myself. The dream was always to become a professional footballer, but I stopped growing aged 11, and I wasn’t that good.

“I got really lucky in one of my art classes when I was around 15 or 16. We had to create something for a famous brand. It was pretty open. I remember designing stamps for the Post Office based on footballers. It was the only ‘A’ I think I ever got, and from that moment, I knew what I wanted to do.”

Dan’s experience, again, echoes his partner’s, “I grew up in Sunderland. After winning the cutest baby competition at Butlins in 1993, I thought a career in modelling was on the cards. When that fell through, I was ordered to learn a trade and plumbing was the best I could come up with. A ‘real job’ as my dad would say. So when I left school, I did two week’s work experience with my dad. Never again.

I’d always been creative. I loved drawing, tinkering with different materials and painting models as a kid. So I thought I'd give it one last shot at doing something I'd actually enjoy for a living. Making ads seemed fun and easy at the time. The ones I saw on TV at least. Little did I know how hard it could be. So, naively I enrolled in a design and advertising course at Salford University. I met Ash on the first day, and as they say,  the rest is history.”

Both are keen to speak on the virtues of resilience. “We must be the only industry that’s happy to chuck many of our greatest ideas in the bin,” they say. But it’s more than just resilience that’s made Dan and Ash who they are today. It’s joy. And, when it comes to their work, their joy does show. 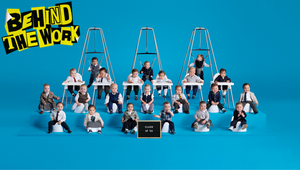