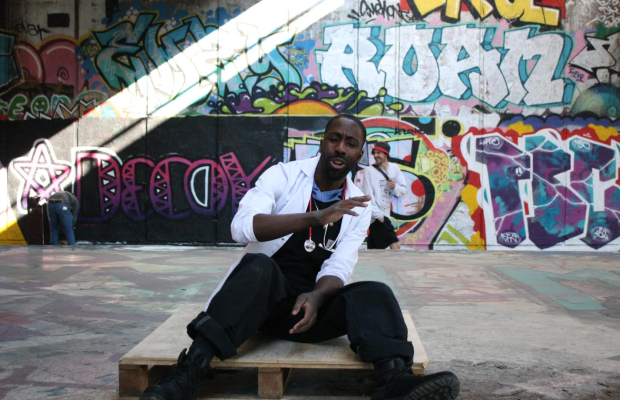 Shockingly, black men are twice as likely to be diagnosed with prostate cancer than white men.

So a creative team, Daisy Bard and Orla O’Connor, from Wunderman Thompson London, contacted the Leeds-based organisation Black Health Initiative (BHI) and together they are raising awareness with their comedy take on the rap mogul’s song. Directed by Neuron Hub, the video stars Joey Akubeze as the doctor and takes place on the graffitied streets of Hackney instead of the sunny climes of California. They are launching the track on 13th October 2019, on the 20th anniversary of the launch of genre-defining ‘Still D.R.E.’ which at the time of writing has over 658 million hits on YouTube and is universally recognisable from its opening four bars.

You can check out the video below:

To discuss the campaign, LBB spoke to Daisy and Orla.

LBB: So how did this idea come about?

Daze: We’ve had the idea in our pockets since we were at ad school. When we realised the test you had to get was called a DRE, the rest was history!

Orla: And then we realised it would work better specifically for a cancer charity. The stat about black men getting prostate cancer also made the creative vehicle of rap a lot tighter.

Daze: We got tired of waiting for clients to make our idea, so we made it ourselves. We are lucky to be surrounded by great people who wanted to help, like our star Joey Akubeze, our director Hunter Allen, and the musician who wrote our spoof track, Archie Henderson.

LBB: How will you measure if this has been successful?

Orla: If more black men get checked for prostate cancer, this will have been a success. Black Health Initiative already do amazing work in the community; we’re just trying to amplify them.

Daze: Exactly. Doing a silly internet video is fun, but  the real point is getting people to see the doctor if they’re high risk.

LBB: And what do you think Dr Dre would say if he saw it?

Orla: Hopefully he will! Obviously we want his full support and a retweet, tick that off the bucket list.

Daze: Or a Cease and Desist. We’ll see.

Heather Nelson, Chief Executive Officer of BHI, said, “We were totally amazed at the creativity of the video and this take on the well-known track by Dr Dre. We need to be current when trying to reach those who are disproportionately affected by prostate cancer, and how better than by using a medium we all know: music”.