Christmas Is for Football in Cosy Festive Spot for Sky Sports 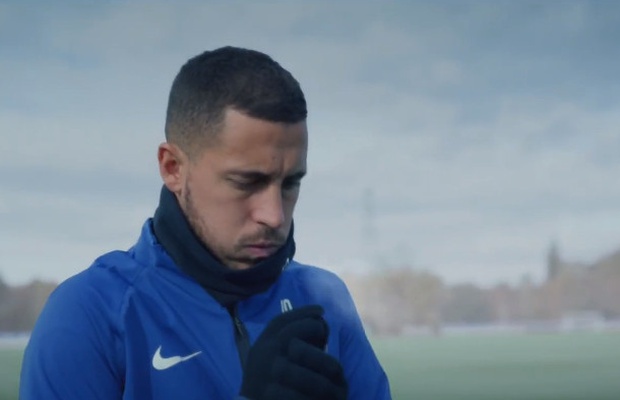 Sky Creative Agency, Sky’s in-house advertising agency and the UK’s largest in-house creative shop, has created an emotive on-air and digital media campaign to highlight the vast amount of live football available on Sky Sports over the festive period. With over 40 live games being broadcast in December and January, Christmas really is for football as this stunning campaign demonstrates. Written internally by SCA Creatives Ed Mallin and Will McMullan, the whole team pulled out the stops to film authentic, fan’s-eye-view content that truly captures the essence of Christmas football emotion. The ad, starring Chelsea star Eden Hazard, plays on familiar and relatable festive truths whilst showing the drama and togetherness of the traditionally packed British festive football fixture list. Festive Football will be on-air from November 24th until January 3rd ensuring no football fans will miss out this Christmas.

The 2018 Festive Football spot was led by SCA senior creatives Will McMullan and Ed Mallin and produced by Alistair McGee. The production process involved shoots covering the length and breadth of the UK with the team embarking on 10 shoot days in total, with the most involved of these being a bespoke VFX shoot with Eden Hazard at Chelsea’s training base in Cobham, Surrey. The Sky Creative Agency team was ambitious with the number of shots it wanted to capture with Eden to try and get the most value out of the time the agency had with him. Once the production team had captured the moment it was passed to VFX house Coffee & TV to work its magic, and place Hazard in a fully rendered Stanford Bridge to bring his free kick scene, the climax of the spot, to life.

Sky Sports brand controller Martin Rogers commented: “For football fans, Christmas is such an exciting and important time in the domestic season and Sky Sports really is the best place to see all of the drama unfold. We’re as passionate about the fixture list as the fans are and it‘s this shared passion that helped to create an emotive and engaging advert at such an important time of year for football”.

Campaign creative Ed Mallin also commented: “While the rest of the world puts its feet up at Christmas, the football fixture list goes into overdrive. This ad is about celebrating a unique and special British tradition by coming together and feeling the drama of football at Christmas on Sky Sports”

Sky Creative agency director, Simon Buglione, added: “This is Sky Creative Agency at its best, rooted in the authenticity of the Sky Sports brand, beautifully executed and creative bursting with confidence. I’m proud of the lengths that the team went to create such a wonderful campaign that truly celebrates being a football fan at Christmas!”