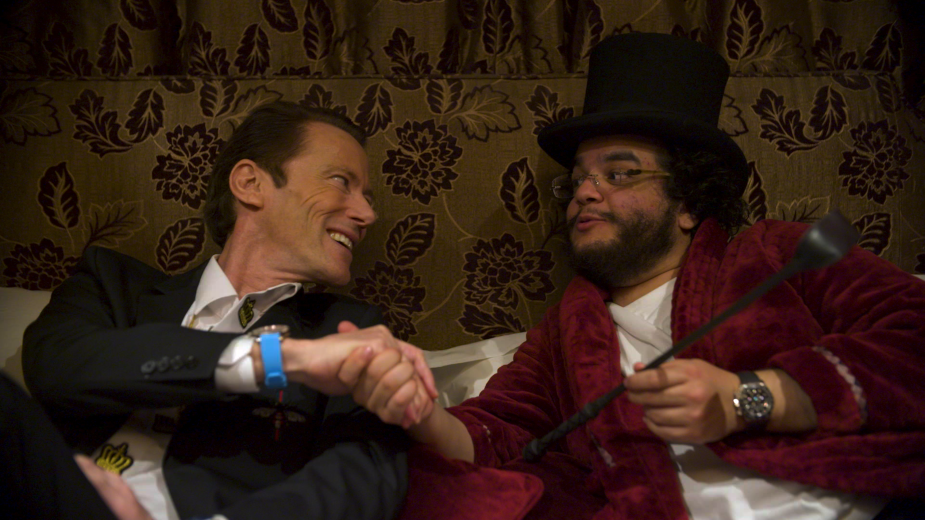 Channel 4 is to launch an all new digital-first brand, Channel 4.0. The new content destination will be home to masses of fresh new social formats and returners, all rooted in youth culture, with playful mischief at their heart. The content will have a core focus of reaching, engaging and entertaining 13–24-year-olds.

Launching on Wednesday 26th October, Channel 4.0 will be a dedicated space on YouTube and across social, for Channel 4 and the greatest and funniest content creators to collaborate, giving our young audiences a new place to get their daily hit of laughter and entertainment, through a series of elevated programmes online.

Featured series will star a host of established content creators, from Chunkz, Nella Rose and Alhan Gençay, to Spuddz, Mist and Dreya Mac as well as playful and unexpected collaborations. Channel 4.0 will also be a platform for the next generation of stars, both in front and behind the camera.

The Channel 4 editorial leads on the project are head of digital commissioning, Sacha Khari and digital commissioning editor, Evie Buckley. Audience development, publishing and community engagement strategies are led by 4Studio, Channel 4’s social first content and distribution powerhouse, which produces and partners with creators from across the UK to entertain young people with relevant content on their favourite social platforms.

Channel 4 have partnered with the Big Smoke Corporation, a multi- faceted creative collective, whose founder, and CEO is the multi award winning artist, Joseph Adenuga aka Skepta.

Big Smoke Corporation are launch consultants for the new Channel 4.0 platform; providing talent insight and strategic vision to ensure young audiences are authentically engaged and excited about the channel.

Channel 4 head of digital commissioning, Sacha Khari said, “Channel 4.0 marks a new era for Channel 4 and is another significant piece of the Future4 strategy. Not only will Channel 4.0 be a place where established stars come to spread joy, genius and a bit of chaos, we’ll be scouting for the next generation of talent – creating opportunity both in front and behind the camera. We want to collaborate, elevate and enrich the great content already happening in this space, giving creators funding and another platform to authentically showcase their brilliance.”

CEO and creative director of Big Smoke Corporation Joseph Adenuga aka Skepta said: “It is important that the next generation of creators are provided the space to innovate and ideate in an uncompromising style. Big Smoke Corporation has worked closely with the editorial team at Channel 4 to ensure 4.0 champions the next generation of storytellers.”

4Studio managing director, Matt Risley said, “Channel 4.0 is a hugely exciting addition to our impactful social portfolio, offering new, exciting and rambunctious ways to reach and engage young audiences with content and creators that really resonate with them. 4Studio is going from strength-to-strength since its launch two years ago, and this is another example of how Channel 4 is leading the charge when it comes to understanding and entertaining social audiences.”

The Channel will launch on YouTube on Wednesday 26th October with a whole range of exciting new series and formats. Some of the confirmed titles are:

This new 10-episode series will see Chunkz again go head-to-head with a famous guest in a cookery battle to recreate a favourite family recipe. The guest's relative picks the winner - will they favour their family member's flavour, or will Mum choose Chunkz?

Nella Rose hosts this outrageous six-episode airport game show, where two sets of friends battle it out to win themselves the ultimate party holiday. The games are mad, and the contestants will have to pull out all the stops to win. One team will be jetting off to paradise, the other will be getting a cab home. Period.

An outrageous new interview and karting series hosted by Birmingham-based rapper and petrolhead, Mist. Across six episodes, Driven sees Mist invite one of his celebrity pals from rap, music and entertainment down to chat, hangout and race at his favourite place; the go-kart track.

Mist and each guest place a wager on the go-kart race; the challenger gets to name their prize, but Mist’s prize is always the same, the guest’s custom kicks. MIST is a creps man and, in this show, if you lose, Mist gets your shoes. Who will leave Mist in smoke, and who will be leaving in their socks?

It’s Alright to be White – Fronted by Alhan Gençay

Presenter and entrepreneur, Alhan Gençay is on a mission to discover the curious ways of some very British activities, in this five-part series as he immerses himself into worlds that are very different from his own culture, race and background. He meets - what he thinks - are some of the ‘whitest tribes’ of Britain, to celebrate, question and try to understand their past times. He charms, confuses and ultimately teases out fresh truths and a new thoughtful lens on well-established beliefs and ways of being.

Dreya Mac welcomes you to Box Fresh – a six-part series where hypebeasts don the drippiest garms and sneakers before facing an obstacle course designed to completely trash them. To what lengths will they go to keep their prize outfit Box Fresh and win big £££ designer gear intact?

Each episode sees one lucky streetwear fanatic get the chance to win a holy grail outfit worth mega money. But there’s a catch.  Before they can take their prize outfit home, they must wear it to face the muddiest, snaggiest, creasiest obstacle course of all time, specifically designed to destroy it. How much dignity will they sacrifice to retain their new drips and kicks’ crisp resale value?