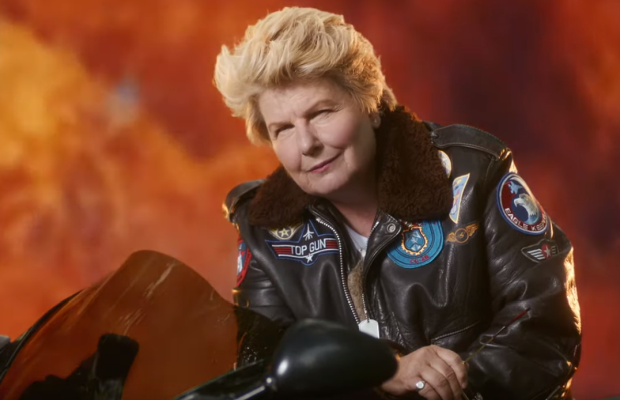 Channel 4 has today released a film featuring on-screen talent bringing to life genuine complaints which viewers have made about them. The spot celebrates the range and diversity of Channel 4 stars while also acknowledging the broadcaster’s remit to stimulate debate and discussion.

The promotion, entitled Complaints Welcome, features a host of actors and presenters including Bake Off’s Sandi Toksvig and Prue Leith, Big Narstie and Mo Gilligan, Channel 4 News’ Jon Snow, Catastrophe’s Sharon Horgan, The Last Leg’s Alex Brooker and Adam Hills, The Derry Girls and Grayson Perry as well as five-time gold Paralympic medallist Ellie Simmonds.
All of the on-screen talent share complaints based on real complaints viewers have made to Channel 4 in the campaign film made by in-house creative agency, 4 Creative.
Ian Katz, Channel 4’s director of programmes, said: “This campaign celebrates one of the things at the heart of Channel 4’s identity: challenging the way our viewers think about the world. When there isn’t someone complaining about one of our shows we should be worried.”
Channel 4 marketing and media controller James Walker said: “This bold, cheeky film is so uniquely Channel 4. It not only shows off our fantastic range of talent, it reinforces the message that stimulating debate and discussion is part of what we do.”
In the film, just before kissing his husband, gay Hollyoaks actor Kieron Richardson reads out the complaint: “I’m not homophobic but do we have to have gay kissing at dinner time?”
Great British Bake Off presenter Sandi Toksvig appears wearing a Top Gun leather jacket, sat on the back of a powerful motorbike while explosions fill the background as she says in a deep, macho voice: “She looks like Tom Cruise.”
Grayson Perry appears as his female alter-ego Claire reading out the complaint made against him: “It wouldn’t be so bad if he tried to make himself look like a normal woman!”
The complaint read by Big Narstie is: “Too black”. And Paralympic swimming superstar Ellie Simmonds states the objection put to Channel 4 about Paralympians - “They’re not real athletes.”
Sharon Horgan, co-writer and co-star of Channel 4’s awarding-winning Catastrophe, sits amidst a group of elderly men in a gentleman’s club and repeats her complaint: “This just confirms my suspicion that women aren’t funny.”
Other Channel 4 faces featured in the film include: Kevin McCloud, Katherine Ryan, Fatima Manji, Dick Strawbridge and Angel Adoree, Jimmy Carr, Jamali Maddix, Krishnan Guru-Murthy, Rachel Riley, Cathy Newman and Jamie Oliver.
The campaign will launch on Channel 4 on 20th August just before 24 Hours in A&E at 9pm and viewers wishing to contact Channel 4 to make a complaint can contact ComplaintsWelcome@Channel4.co.uk.