The four-part series was produced by Kalel Productions 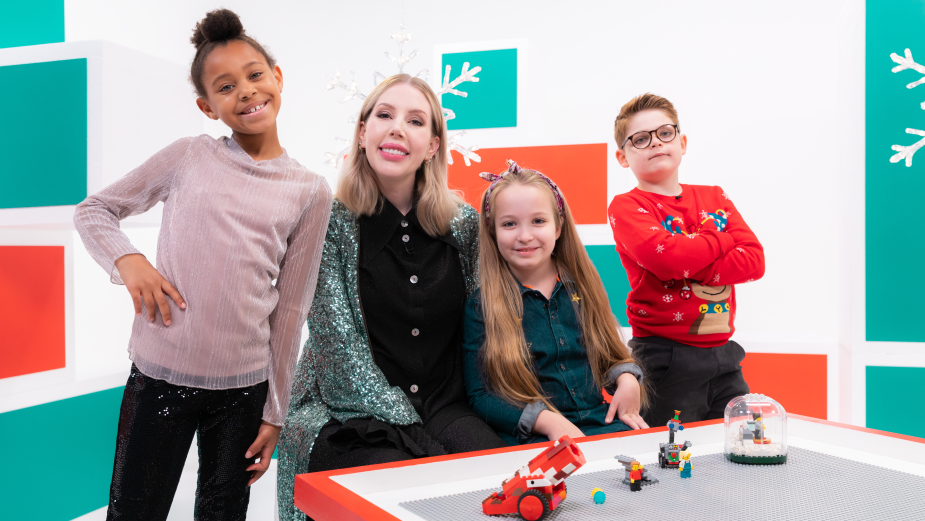 The four-part series, produced by Kalel Productions, features comedians Judi Love, Aisling Bea, Rhys James, and Katherine Ryan partnering up with kids to build LEGO creations that show the limitless world of their imaginations and ideas for a brighter future. The kids’ imaginative ideas result in some interesting builds including a ‘super gadget school uniform’ and a ‘time-pausing watch’ – making the show both entertaining and inspiring.

Kids Rebuild the Future is part of the LEGO Group’s Rebuild The World campaign in the UK, which celebrates children’s endless creativity and imagination. With LEGO play children can build anything they can imagine, trial it, work out how to improve it and rebuild it.

Kids Rebuild the Future was commissioned by Channel 4 Digital Commissioning Editor Charlie Hyland and Executively Produced for Channel 4 by Hanzla MacDonald, and the executive producer for Kalel Productions is Nick Parnes.

David Amodio, deputy head of digital innovation and 4Studio said: “We are thrilled to be working with such an iconic brand on this new digital branded series. It’s another great example of how we’re working with brands to speak to new audiences across our growing social and owned channels. The LEGO Group have been the perfect partner which has enabled delivering something authentic, fun, entertaining, and impactful.”

Isabel Graham, head of marketing, UK and Ireland at the LEGO Group, said: “The LEGO System in Play has long been the ultimate platform for creative expression and we’re really pleased to be working with Channel 4 on this new digital series which showcases how, through LEGO play, children can build and rebuild anything they can imagine.”

4Studio, Channel 4’s social first content and distribution powerhouse, produces and partners with creators from across the UK to entertain young people with relevant content on their favourite social platforms.

Channel 4 is the only UK broadcaster to offer a slate of social-first branded entertainment opportunities to advertisers for publication across quality, brand-safe, social channels – including Facebook, YouTube, and Instagram.