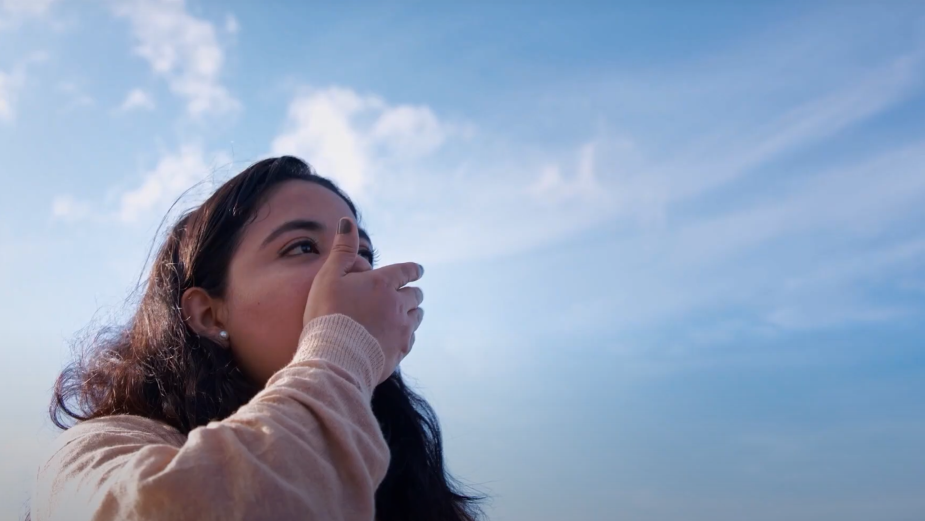 To mark International Women’s Day 2022, LBB has spoken to female creative leaders from across Latin America to find out their favourite campaigns that champion females. Check out their picks and reasoning for choosing them below.

‘Morning After Island’ is a multinational campaign that represents the voice of women in Honduras. We’re proud to join the fight for women’s reproductive rights with Grupo Estratégico PAE. We’re seeking to overturn the 2009 ministerial decree banning the sale, distribution, and use of emergency contraception pills (the ‘morning after’ pill). Since the ban, more than 300,000 underage Honduran girls have given birth. Morning After Island’ is about Rocío Walkiria Reyes, a Honduran woman who is forced to journey out to international waters and stand on a small wooden platform to take a medication that, anywhere else on the continent, she could buy and use legally. Through her story we want to make visible the reality of millions of women whose rights are being affected. The campaign’s final objective is to generate solidarity and support from international and local communities and to pressure for the overturning of the ban that is partly responsible for making Honduras the country with the second-highest underage pregnancy rate on the continent. To join this fight and show your support for Honduran women’s reproductive rights, please visit www.platformofchange.com and sign the petition.

In a time when the importance of gender equity in the workplace is so prevalent, I'm reminded of one of the first times I saw Brazilian advertising portray a woman in a position of more power than men at work. A film from FIAT in the early 2000s, called ‘President’, was one of the first ads to show a woman as a company president – even surprising a man who mistook her for the secretary. It was a striking and inclusive piece that for the first time used a non-stereotypical view of women to promote a car. The campaign asked people to rethink preconceived notions and sought to promote behavioural change in a society that had so many deep-rooted prejudices, including against the ascension of women in the workplace. Unfortunately, more than 20 years later, that film remains current. The gender gap in leadership roles is still significant, and the wage gap is far from closing, all of which means we are still surprised when we find women CEOs at large organisations.

I chose GM’s Tracker ‘Pilots’ campaign from W/McCann because it speaks directly to women in an industry that usually talks to men. It brings a fresh approach based on relevant and mobilising insights, since it was born from social listening to traffic behaviour and combined with the knowledge that the SUV is the most searched for car by the female audience. The campaign brings real women to the centre of the story, redefining the phrase that was supposed to be an insult - ‘stove pilot - demonstrating that women can pilot whatever they want, including a stove, if they want. It also had a female majority at all stages of the development process, from planning, creating, directing and photographing.

Personal care brands show a perfect picture of super women who have everything figured out and handle daily struggles with class. In that world, making a campaign that celebrates the chaos that comes with being a woman in this age, for a soap brand that promises to bring balance for our skin, is totally unexpected. That's why I like Carey’s campaign developed by DDB Colombia, because it challenges a cultural mindset in our country that puts pressure on women, by forcing them to fight against chaos, and has everything under control. This campaign really empowers women by showing that only balance is necessary in our skin. I can see myself, my friends, the women in my family represented in this campaign. All of us who celebrate the ups and downs, the heartbreaks, the stories after a night out for drinks, and all the beautiful chaos that comes with being a woman. Us women need less messages, photos and content that pressure, stereotype, and idealise us, and more campaigns that truly represent us, as this one does.

I like and choose this video case campaign, which is by Wunderman Thompson Brazil, because it is possible to reflect on the act of being a woman in several aspects. One, and in my opinion one of the most important of them, is that Marta, this brilliant soccer player, is often compared to other men as a social benchmark for approving her success. What catches my attention here is the act of being feminine within a sport that often, due to the stigmas rooted in our society, demands masculinised behaviour for them to gain some respect. It's scary to realise the amount of criticism that Marta receives for playing with lipstick, as if that wasn't allowed. The provocation here is to value female success without her looking like a man.

Colectivo Constelación is an organisation in Mexico that generates education and prevention tools for women in situations of vulnerability and this 8M (IWD) will raise its voice in favour of women's rights in an innovative and special way. The movement, called #MiPrimeraProtesta, invites all girls and women to participate in the Minecraft platform where they will have a space where girls can begin to express and demand their rights, as well as practice sisterhood from an early age, and can show us the world they want to live in, the world we must continue building. An initiative that not only seems different and relevant to me, but beyond being present on 8M, it teaches women, from an early age, to fight for their rights, to realise the strength that we have and that all of us can be part, regardless of age.