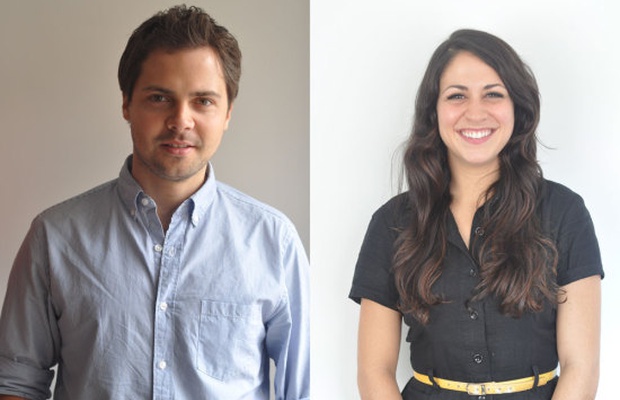 Butter is expanding its New York based team with the addition of Composer Joel Dean and Associate Producer Annick Mayer. The pair of nimble talents can dart easily between the advertising and music worlds, fitting right in with Butter’s dynamic culture.
“Annick and Joel are incredibly talented and are a great addition to the family,” noted Butter EP Ian Jeffreys. “Both have a sophisticated musical acumen that will help to enrich the diversity of services we offer our clients.  We’re thrilled to have them on board.”
Mayer, an agency world veteran  who was most recently at Saatchi & Saatchi, has already been grinding at Butter for several months, spinning out work for Dunkin’ Donuts, Marriott, Crown Royal and Domino’s, among others. She is a founding editor of the Arcade44 webzine where she produced live events and documentary-style shorts profiling bands such as YACHT, Housse De Racket, and Poliça.
Joel Dean is an award-winning writer, composer and producer whose wide-ranging sonic portfolio includes work for artists such as Blindside, Reggie Watts, Doxi Jones, J Rand, Hyori Lee and U-Kiss, as well as spots for Chrysler, Lexus, Hershey’s, AT&T, Crown Royal, Dunkin’ Donuts, Converse, Discover Card, Ford, FreeCreditScore.com, McDonald’s and Toshiba, among others. Dean’s TV and feature film reel includes musical placements in American Reunion, An Invisible Sign, Flight of the Living Dead, American Pickers, SNL, Tosh.0, E News Daily, Shameless, CSI: New York, Jersey Shore and Y&R.