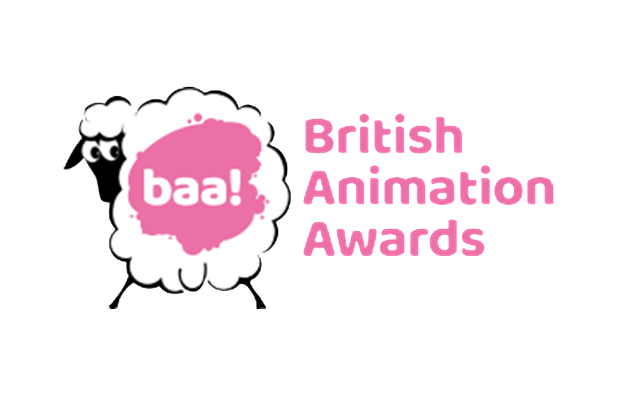 The finalists were announced today for the prestigious British Animation Awards 2020. Rewarding the very best in British animation across a variety of categories, the British Animation Awards (BAAs) – now in their 24th year – attract the great and the good from across the industry to this biennial celebration of their craft. This year’s ceremony, being held at London’s BFI Southbank on 12th March 2020, will unveil the latest names to join the list of illustrious winners from past years which includes Nick Park, Joanna Quinn, Tim Burton, Martin Freeman, Simon Tofield and Gorillaz.

This year’s finalists include in the Best Voice Performance category renowned British actors Sally Hawkins (Paddington, The Shape of Water) and Bella Ramsey from Game of Thrones, who are nominated for their work on The Snail and the Whale and as Hilda in Hilda – The Hidden People respectively. They are up against strong competition from the cast of The Rubbish World of Dave Spud and young newcomer Clara Ross for The Tiger Who Came to Tea.

The Best Long Form category includes nominations from some of Britain’s leading animation companies. In A Shaun the Sheep Movie: Farmageddon by Aardman Animations, our hero saves an amazing alien from a sinister organisation; two festive family favourites from Magic Light Pictures, Zog and The Snail and the Whale tell of an accident-prone dragon learning the ropes, and an adventure-seeking snail’s taste of the big wide world on a voyage courtesy of her hump-backed friend; another Christmas hit, The Tiger Who Came to Tea from Lupus Films, is a delightful adaptation of Judith Kerr’s evergreen story; and Aliens Love Underpants And…Panta Claus from Tiger Aspect sees the aliens save Christmas for everyone when they help Santa deliver all his presents by spaceship.

Contenders for the Best Children’s Series award include The Amazing World of Gumball from Cartoon Network – which waltzed away with the prize at the past two awards –the Shaun the Sheep series from Aardman, Moominvalley from Gutsy animations, The Rubbish World of Dave Spud from Illuminated Films and 101 Dalmatian Street from Disney.

Up for the Best Animation in a Commercial award is the charming take on The Wind in the Willows for The Wildlife Trusts, the commercial Whatever You Call It by Moth Studio for Marie Curie and the organic baby food NatureNes by Studio AKA for Nestle.

The family favourites Hey Duggee, The Adventures of Paddington and Clangers are each nominated for the Best Children’s Pre-School Series award.

Some of the leading British animation courses are represented in both Best Undergraduate and Best Postgraduate Student film categories including nominees from Falmouth University School of Film and Television, University of Creative Arts in Farnham, Arts University Bournemouth and the Royal College of Arts London. In an encouraging sign for the industry, all four finalists in the Best Undergraduate category are women.

New for 2020 is the Best Social Good Award, with nominations for Voicing CSA: The Mouse from Katie Speed, helping adult survivors of child sexual abuse; What Is Beauty from Anna Ginsburg, in honour of International Women’s Day; and New Mindset from Danny Capozzi, created for United For Global Mental Health.

Four additional award categories will be announced on the night.  While the bulk of the awards are decided by a panel of industry experts, the two Public Choice Awards – for Favourite Short Film and Favourite Music Video – are voted for by audiences at screenings held across the UK in early 2020.

BAA director Helen Brunsdon said: “Animation leads the way in visually imaginative and innovative forms of storytelling. From a record number of submissions, I am delighted to see rich and diverse talent make it through to the final stages of the various categories. The nominated finalists for 2020 are shining examples of the best in the business. I wish them all the best of luck and look forward to the big night on March 12th at the BFI South Bank where all will be revealed.”

The BAAs are the only awards to recognise all forms of animation and reward the work of both new and established animators across all aspects of the UK Animation scene, from student work to commercials, children’s entertainment, short and experiential films, music videos and new technologies.

The awards themselves (the BAAs) are unique artworks, featuring sheep, created especially for the occasion by a range of leading international and UK animation artists: a measure of the worldwide respect felt for British animation.