INFLUENCER: Kode's Dan Mallerman tries to find a measured response to the ASA’s recent rulings on Philadelphia and VW 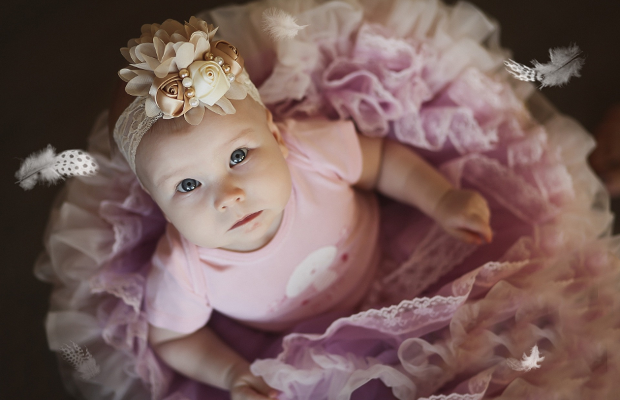 About this time last year - give or take - I was hoping my wife would give birth to a baby boy. I was so eager to have a son that I had scarcely thought about having a daughter. Then came the news that we were, in fact, not having a son at all. And in that moment I became completely thrilled by the prospect of having a daughter. My daughter is now eight months old and I dote on her. I envy her too.
There’s no secret that the greater landscape is a minefield of division, pettiness, food banks, desolation and ultimately extinction - and I am sorry that in her future lies uncertainty. But right now I envy that everything in her life exists within a tiny bubble devoid of otherness. There’s no gender, race or sexuality that influences her. Take her on the train and she’s as likely to (and indeed has) sit on the lap of an elderly West Indian couple as she is to gurgle and fling her arms around at a group of lads playing mumble rap loudly (I suspect because mumble rap is identical to what babies are saying).
As it’s 2019 we thought it wouldn’t happen, yet me and my wife have more pink dresses, skirts and T-shirts than we thought remotely possible. My nephew, Tommy had as many ‘boy’ colour tops. Some things are ingrained in people to such an extent that it takes a movement by influential folks to help shatter this preconceived idea of what constitutes ‘boy’ and ‘girl’ -  we’re in an influential industry so it would be great for the advertising and creative folk to be at the forefront of that movement. And in many respects we are, but not in all.
The recent ASA banning of two commercials has had the hand wringers out in droves; those who call the complainants ‘liberal loons’ and those who cheered the decision as another step toward the abolition of tired clichés. This is far more the latter than the former, but I can’t help but wince ever so slightly at elements of reaction or overreaction by the outraged, which quite probably says more about me, a 40-year-old white man (a liberal one, but one all the same).
The middle ground, where I reside, has a quality issue first and foremost. Neither commercial would have been weakened by having had an even number of men and women - or all women - as the cast. The gender wasn’t the pivotal point, and in the case of the Philadelphia commercial, it wasn’t really funny, which is the point.
I once went to a talk with Chris Morris, a man who must have faced criticism more than most for his numerous teeth-clenchingly, close-to-the-bone sketches, and indeed features. I asked him if he had ever refused to film something due it being too offensive and his response was enlightening: “Nothing is out of bounds so long as it’s genuinely funny”. And I suspect, had the Philadelphia commercial been outrageously funny, the complaints would have been fewer - not that there would have been none, but fewer.
I stress that this isn’t to belittle the cause of the aggrieved, more that people are less inclined to find offence if they have been entertained.
The VW ad was lazy casting. There’s no reason why each cast member bar the mother was male, and for that I do understand the need to raise a hand and ask why the one female astronaut is barely visible in the background. Why isn’t the parent a dad? It seems to be a pretty straightforward casting mistake but I don’t think it’s worthy of being banned.
It’s worth remembering that VW really doesn’t seem too poorly affected by bad publicity (the emissions scandal couldn’t derail them, and this, you have to think, is hardly the pube in the soup that that was).
I can’t think of a solitary brief that we receive that isn’t at pains to reiterate the need for diversity in our casting process. So it’s frustrating to think that these two commercials are getting what feel like pretty straightforward decisions wrong.
What is additionally disappointing is that a lot of good work has gone into the VW commercial, and a lot of people who aren’t responsible could find themselves tarred by the fallout.
I have been told that sitting on the fence will only give you splinters, yet I have also been informed that being able to see both sides of an argument is a strength. I wanted to attempt to do both simultaneously - whilst wearing multiple layers of undercrackers. But ultimately it’s a lack of communication long before the camera’s roll that has caused these commercials to be banned.
In the coming weeks what will be asked is “have lessons been learnt?” Despite this being a step in the right direction, the cynic in me suspects we’ll be discussing this all over again before too long.
Now, time to take those pink dresses to the charity shop.
Dan Mallerman is partner and head of new business at Kode Media.
Image by Pro File from Pixabay