Caviar director Maxim Kelly takes the helm for the video 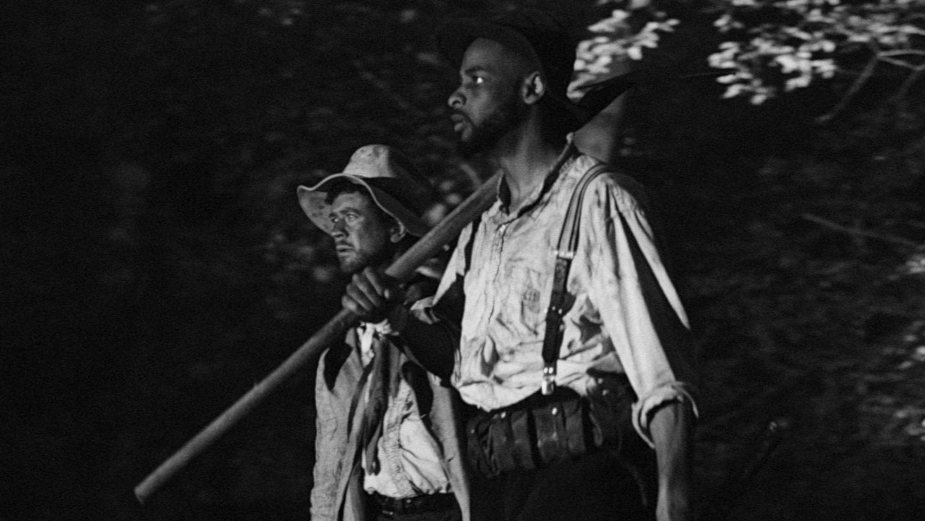 Eat Men Eat is taken from their forthcoming album Hellfire, out on July 15th via Rough Trade. Musically, the track is a fusion of Rock and Flamenco, the latter being the working title found on early setlists. The lyrics, written by Cameron, tell the story of a couple’s quest to overcome a militaristic Mine Captain cursed with an acid tongue as well as their own uncomfortable grumblings. The recording also features more than 50 fan submitted recordings layered into the end of the piece as we as palmas and various percussion elements provided by Demi García Sabat.

Cameron elaborates: “The story starts in the desert with two men engaged in a desperate search for missing friends.  Their quest leads them to a strange mining facility which, despite a death of natural resources in the area, opens its door for even stranger hosts to welcome them.”

Speaking about the concept and directing the video, Maxim adds: “I first listened to black midi in 2018 when my friend recorded a Live performance in his studio for NTS Radio. I think this might be one of their first-ever recordings? And it blew me away. So I’m thrilled to have the honour of making their latest music video.

Concept wise, there was most of the story already in place in the lyrics of the song. I just worked to visualise that narrative whilst staying true to the band’s vision and song writing. So, I had this idea in my head of an old Silent movie aesthetic with inter-titles. But every now and then it turns into a 'talkie' with parts of lip-syncing.

It’s a structurally unusual song, so it’s wonderful when a track like this comes along and forces you to break your usual patterns and habits and push yourself as a director.”