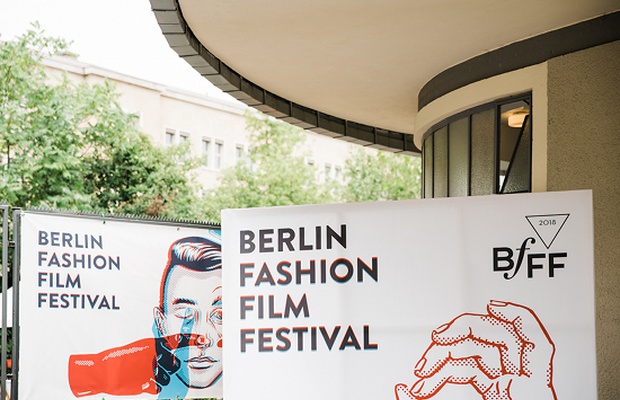 The seventh edition of the Berlin Fashion Film Festival (the other BFFF) marked my first attendance at the event. Although I am no stranger to fashion films, I was curious to see how this festival would differ from the typical advertising clique. As a director with a foot in both worlds, I often find myself comparing the two. For me, those films able to fuse the best from these universes truly spark excitement. That being said, films can of course also excel merely as a fashion film. To me, the main topic of discussion is storytelling, in its various forms, and the craft. But first, let’s dive into something that really stood out this year: diversity of cast.

The main feature standing out to me about the work in comparison to, let’s say, a traditional advertising-heavy event like Cannes Lions, is the casting. It is exciting, fresh and (at times) surprising. Not only is it interestingly diverse in terms of gender, age, body or ethnic representation, it’s memorably original. Fashion films are by their very nature heavily driven by the aesthetic, and a big part of that is of course the cast. Which makes this fearless new direction all the more praiseworthy. It doesn’t feel like crowbarring diversity into a cast that ultimately will feel unrealistic.
The diversity debate, in its various phases, has put the fashion industry under attack for a long time. So, it is perhaps logical that they are a step ahead of the advertising gang on this one. ‘Sgualdrina’ by Nadia Lee kind of makes my point for me; it was the gold winner in casting and well deservedly highlights why we think this is one of the major points of inspiration from the world of fashion film.
Other inspiring examples are ‘Etro Roots’ by Pietro Coppo, Jonas Lindstroem’s film for ZEIT Magazin and Kenzo’s ‘Gidi gidi bu ugwu eze’.

This point is one where fashion films could do with stealing a little from traditional advertising, or actually, film in general. I’m not implying that all films should have a narrative, but those who try to without the craft to build it up often fall short.
Unfortunately, many felt somewhat long and unsurprising. Films such as Diesel’s ‘Go with the Flaw’, with a linear build-up of narrative and a clear story, are scarce. Of course, this film had the budget to go with it. Regardless, the overall feel of many fashion films is that of an abstract ‘art-like’ expression or a moving mood-board. The tendency to almost move into surrealism or art film can be seen in examples such as ‘Sound and Vision’ by CANADA, which I personally find extremely pleasant to watch. Well deservedly, this spot was the winner for experimental film.
‘Behind the Vase’ by Ivan Jurado is an example of a film which implemented a narrative, but could have had even more impact by utilising conventional film tools regarding storytelling.
On my second point, the support of lookbook-like shots is not always a bad thing; one does not always need a storytelling script in order to communicate a brand story. ‘La Bomba’ by Jacquemus is a beautiful example of a film that has the craft to support the film’s aesthetic language. Reinforced by a highly stylized choreography and art direction, the carefully produced and directed spot keeps the audience attention to the very end. And that’s what it’s all about.. which brings me to my next point.

I personally think that from a director’s point of view, fashion films are a stimulating category to play with because of the freedom one gets in terms of format. Branded content in longer variations than the typical 30-second TVC is of course an exciting prospective. Unfortunately, I think many of the films struggle to capture people’s attention, or connect with its audience in an expressive way. Some tendencies I personally see working for the longer pieces, are relying on basic storytelling tools like a voiceover. Chloe’s ‘The Full English’ by Sophie Edelstein is one example of this, and ‘Nipples’ by Matt Lambert another. In both cases, the VO truly connects you as an audience to the visuals, helping to communicate a story to which the brand comes even stronger out of.
Other mechanisms that stand out to me in this ever growing long-form, branded content universe, are of course the music and soundscape. That is perhaps also the reason why music has its own category at the BFFF awards, to highlight its major influence on fashion films. It brings me back to the mood-board tendency, where the music truly is essential in communicating a specific feeling. I’ve mentioned this winner before in casting, but it also took a prize for the music. Have a listen to Sgualdrina again, or Carhartt x LAW Magazine’s collaboration spot by Leonn Ward.
Moving from fashion editorial to fashion film, the soundscape is probably one of the most electrifying aspects available to communicate a brand story. It’s not like this is new to advertisers, but I do feel like fashion films may have more interesting collaborations with their music partners. There has always been and continuous to be a deep-rooted connection between the world of fashion and music, two ecosystems that live in close symbioses.
Trends come and go, but fashion film seems like it’s here to stay. I admire the genre for its curious and adventurous character. It’s an ever-developing space which seems to attract the crème-de-la-crème of creative new talent. What I hope to see more of in the future is content with a purpose, such as the previously referred to ‘Nipples’. Content that communicates a real story, and adds value to a brand narrative. As it currently stands, I feel like a lot of it is ‘desperate’ attempts to push content just for the sake of it. Trying so hard to be relevant and cool, and with that comes the quantity versus quality debate. But in all honesty, that is no different from the traditional advertising world. I am already excited for next year’s selection. Take a look at all the winners here.