Lanre Malaolu, Chen Hui, Femi Ladi and Guen Murroni win the opportunity to turn their proposals into a film 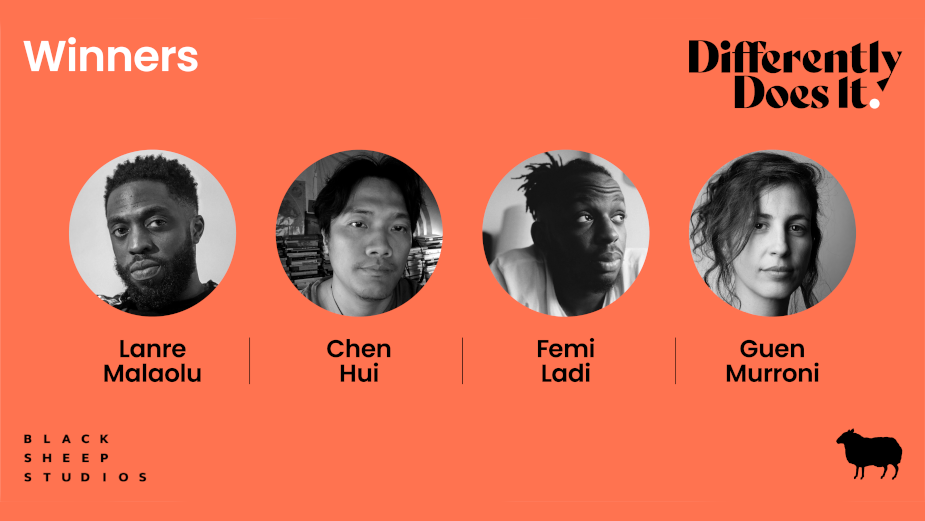 BBH has announced the winners of its global short film competition ‘Differently Does It’, which launched earlier this year to mark the global network’s 40th anniversary.

The aim of the contest is to find more diverse voices in film and support the next generation of creative talent. Entrants were required to submit ideas that spoke to the theme of difference.

The four winning films that have been chosen from the global entries are:

Where I Can See Them, directed by Lanre Malaolu; is a British documentary-dance hybrid short exploring the emotional and psychological effects of police officers 'Stop and Search' on black men.

Flee and Engulfed, directed by Chen Hui; is a Chinese fictional short which explores whether the politics of sameness are leading us to the destruction of the concept of difference.

OBA, directed by Femi Ladi; is an Afrofuturist fictional short; the King of Oyo has just died and the news sends global ramifications amongst the Yoruba people. Now they must choose a new king.

As For Me, directed by Guen Murroni; is a British fictional short that fights against the mainstream negative portrayal of mental health and specifically Dissociative Identity Disorder (DID).

Each winning team will now receive a budget of £20,000 to turn their proposal into a film, along with masterclasses from renowned playwright and screenwriter Rita Kalnejais (Babyteeth) and writer/director Shola Amoo (The Last Tree), both of whom were part of the judging panel, plus guidance from BBH creative leaders to support the development of their vision.

The finished films will be launched at a special screening in London this December.

Stephen Ledger-Lomas, chief production officer and partner at BBH, said, “Our aim was to spotlight and support the best emerging talent and we were so encouraged and inspired by the entries we received. Our incredible winners represent a diverse selection of filmmakers and we’re proud to partner with them as they begin to make their mark on the film world.”