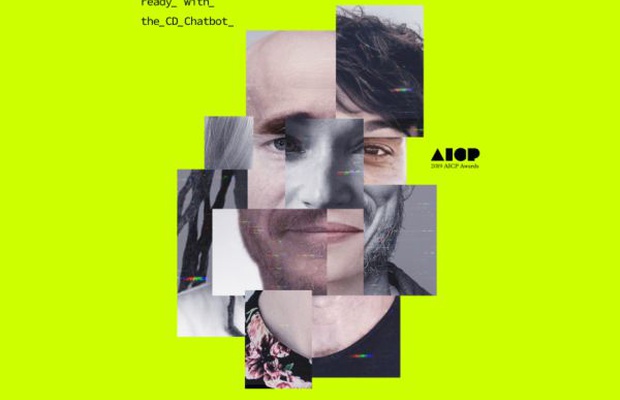 With the entry deadline for the 2019 AICP Show and AICP Next Awards approaching later this week, the AICP has unleashed the Creative Director Chatbot (CD Bot) to assist entrants with their last-minute questions and entry issues.

Created by JOAN and The Bot Platform, the CD Bot will remind everyone of how to approach awards submissions from a creative director’s point of view, and further remind entrants from all corners of the industry that while advertising is a collaborative craft, it is ultimately all about the CD (according to most CDs).

To create the CD Bot, AICP and JOAN worked with The Bot Platform, the trusted platform for building bots on Messenger and Workplace by Facebook and used the AICP’s expertise gathered from their experience with the tens of thousands of judges who have worked with the AICP on previous shows.

“For 28 years – since the first AICP Show - we have covertly siphoned thinking patterns from the brains of the hundreds of the most storied creative directors in the history of advertising and marketing, leaving us with a treasure trove of data the we can now put to use. Unlike some of today’s more dubious data gathering efforts, it’s being used only for good – to save the creative world at this stressful time of awards show entries in the same way that day-to-day creative directors save the real world from afflictions like dandruff. This really is an important public service,” said Matt Miller, president and CEO of AICP.

The AICP Show is the preeminent advertising showcase in the United States, and the AICP Next Awards highlight the winners of the 12 Next categories, which honour innovative marketing communications. Winning work from both shows is preserved in The Museum of Modern Art’s Department of Film’s state of the art archives for future generations to study.

Learn more and interact with the AICP CD Chatbot by clicking here.