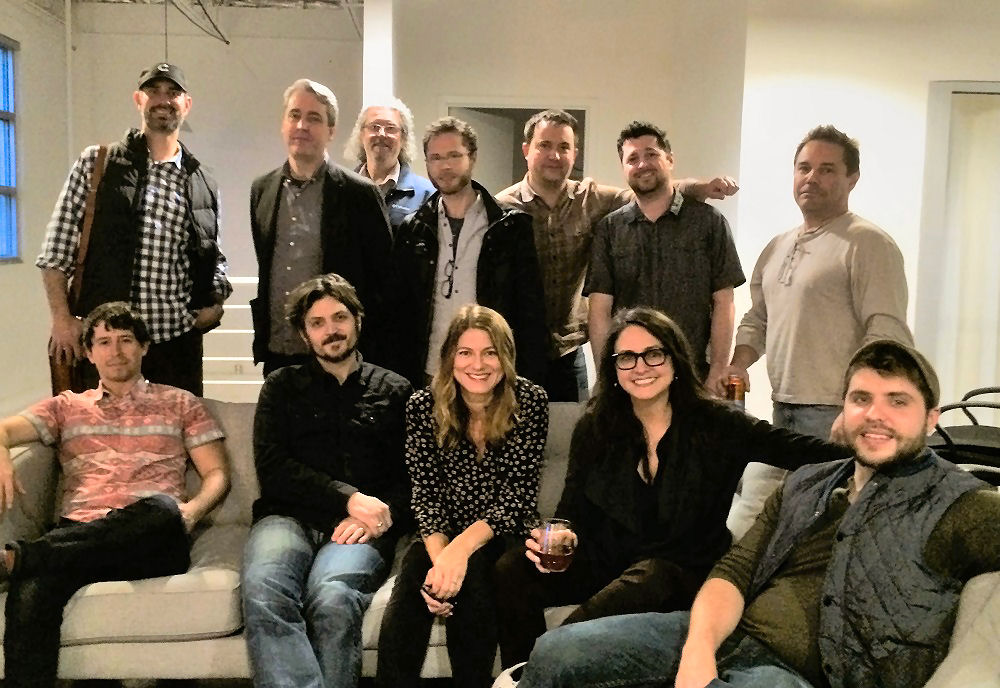 AICE, the international post production trade association, has announced a new chapter has formed in Atlanta. Months in the making, the Chapter has elected its first Board and elected Molly Baroco, Executive Producer and Partner of Hero Post, as its new President.

The companies that make up the newly reformed Atlanta Chapter, in addition to Hero Post, include Beast/Method/Company 3/Company 3 Sound, Bare Knuckles, Mad Had Creative, Moonshine Post, Nine Mile Circle and Tunewelders. (Officially this is the second iteration of the chapter; one existed in Atlanta between 2000 and 2008.)

The Chapter held its first meeting in early February, at which time the following company representatives were elected to serve on the Chapter Board: Stephanie Martucci of Mad Hat Creative; Soraia Callison and Brian Anderson of Beast/Method/CO3/CO3 Sound; Ben Holst of Tunewelders; Drew Sawyer and Vinisha Rumph of Moonshine Post; Kyle Kramb and Kenneth Lovell of Nine Mile Circle; Molly Baroco and Jeff Jay of Hero Post; and Chris Basta and Chris Nicholson of Bare Knuckles Creative.

Several of the Atlanta Chapters members were already at-large members of AICE, including Hero Post, Nine Mile Circle and Beast. Baroco, who has also been named to AICE’s International Board, was among the local industry members who’ve been pushing for the formation of a new Atlanta Chapter for the past few years.

“From what everyone expressed at our meeting, the most important reason for joining AICE was to be able to engage with and strengthen the post community in Atlanta,” Baroco says. “Networking, fellowship and solidarity are very important to our members.”

“We’re thrilled to have Atlanta back in the fold as a recognized Chapter,” says AICE Executive Director Rachelle Madden. “This move underscores the value of membership in our association. The demands on post production companies have increased while competitive pressures have made it imperative that we run our businesses in smart, innovative and creative ways. There’s no better solution for that then sharing information and resources, which forms a large part of our mission.”

Like Baroco, Nine Mile Circle’s Kyle Kramb says he’s had the formation of an AICE Atlanta chapter on his radar for some time. An editor, he started his career at BlueRock in New York, and says the spirit of camaraderie and sharing he experienced amongst AICE members there is something he’s looking forward to extending to the new Atlanta Chapter.

“Creating more of a sense of community for editors, VFX artists and audio mixers is a big motivation for me,” says Kramb. “I also think it’s important to be part of a group that champions not only the craft of post production but also all those working locally in the industry and the creative community. There is a lot of talent in Atlanta and the more we get that out the more quality work we’ll attract.”

Several Board members say they feel being part of an AICE Chapter gives them not only a stronger collective voice, but a greater sense of national credibility as well. “It’s great to have national visibility along with the chapters in New York, L.A., Chicago and elsewhere,” says Callison. “And this gives us a platform for the community to work together to collectively promote the capabilities and resources available here. I think it’ll foster much more interest from talent, who used to think that New York or L.A. were their only options. We want them to see that Atlanta is not only viable, but a vibrant and thriving place to pursue their careers.”