Acceptance and Inclusion: There's Everything to Play for in the DOOH Games 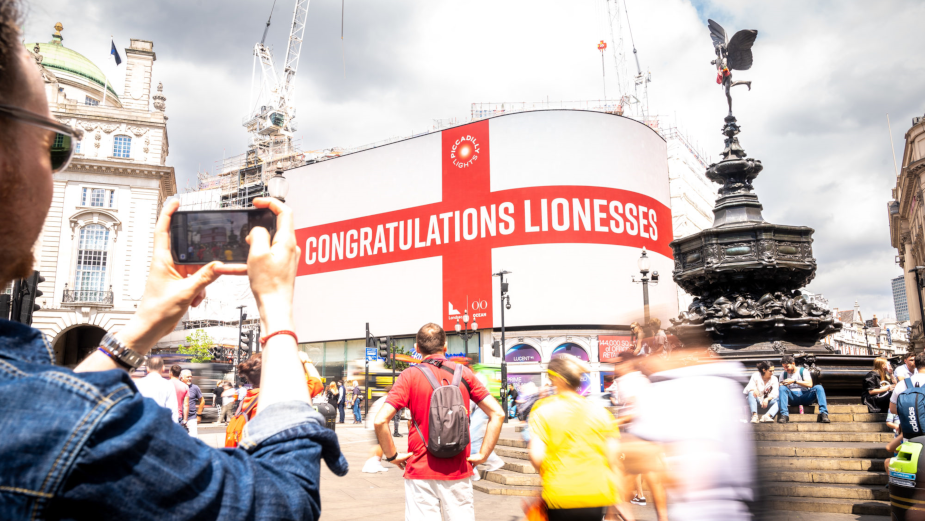 This summer’s sizzling sports schedule shines a light on diversity and inclusion and as a host nation, England has given sponsors, brands and partners a golden opportunity to bask in the halo effect of two historic sporting competitions.

When it comes to public arenas, there’s no bigger platform than digital out of home (DOOH) which put in a sterling performance as the UEFA Women’s Euros and Commonwealth Games 2022 evoked the spirit and celebration of triumphs old (London 2012) and new.

Ocean’s OOH sports jamboree kicked off with the UEFA Women’s Euros 2022. As a sponsor of the tournament, Visa went full out, wrapping the iconic BFI IMAX in Waterloo and taking to the Piccadilly Lights with a grand DeepScreen finale.

Visa’s message, When more of us play, all of us win, focuses not only on individual performance but the synergies between sport and female run businesses. And bringing to life the Player of the Match trophy was the perfect photo finish for Sweden’s mid fielder Kosovare Asllani who posed in front of the famous London landmark with her prize. 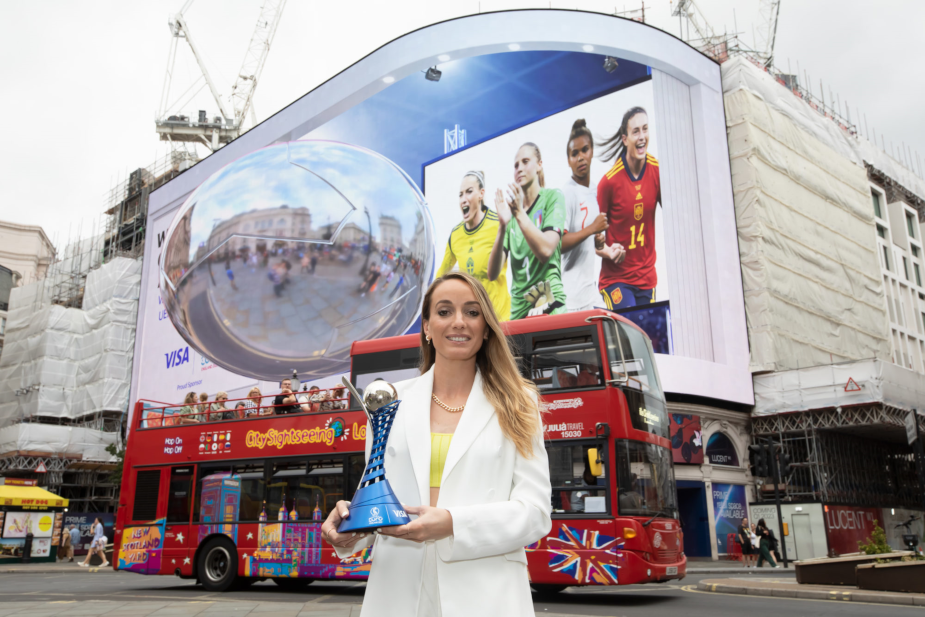 Piccadilly, the grand dame of DOOH, later switched to a giant message of congratulations as the Lionesses finally brought it home and partied in neighbouring Trafalgar Square. Displaying both speed and technique with equal panache were Pepsi and Starling Bank which featured tactical messages of congratulations across Ocean’s home nation estate.

Canvas for the Friendly Games

In Birmingham, Ocean’s substantial city centre network and roadside portfolio was at full capacity as sponsors amplified their association with one of the most diverse Commonwealth Games ever.

Providing a family friendly, brand safe environment, out of home is the perfect platform to capture the millions of spectators who travelled to and around Birmingham to watch the Games. 1.2 million tickets were sold for the 15 venues hosting events across the West Midlands all connected via Ocean’s screens.

Supporting the ambition to make these Games the most sustainable yet, energy supplier E.ON encouraged visitors and residents to take environmental action. Its campaign featured drawings with climate focused messages from children who are taking action.

The University of Birmingham evoked the tournament’s Game Changing spirit and the organisers took advantage of Ocean’s dynamic flexibility with an animated DeepScreen campaign on the Media Eyes and welcome messages across the city centre.

The Commonwealth Games present strong cultural opportunities and a chance for brands to celebrate special moments, different perceptions, democracy, equality and freedom, as personal bests are smashed, records fall and athletes do their countries proud.

Britain’s always been good at putting on a show. The Commonwealth Games were no different. What Birmingham did was demonstrate the region’s genuine commitment to multi-culturalism, something that’s rightly a key criteria for all the advertisers and brands involved.

Which brings us neatly to Special Olympics GB’s summer series of sport 2022. Britain’s largest ever celebration of intellectual disability sport is underway, with 17 single and multi-sport events providing competition in around 12 including athletics, swimming and basketball.

Supporting this brand new competition is Ocean’s campaign to champion support and inclusion for the 1.5 million people in Great Britain who live with intellectual disabilities. Our first ads are appearing until September across more than 50 large format screens in Leeds, Manchester, Nottingham, Bristol, Birmingham, Liverpool and Derby as the sports events happen. 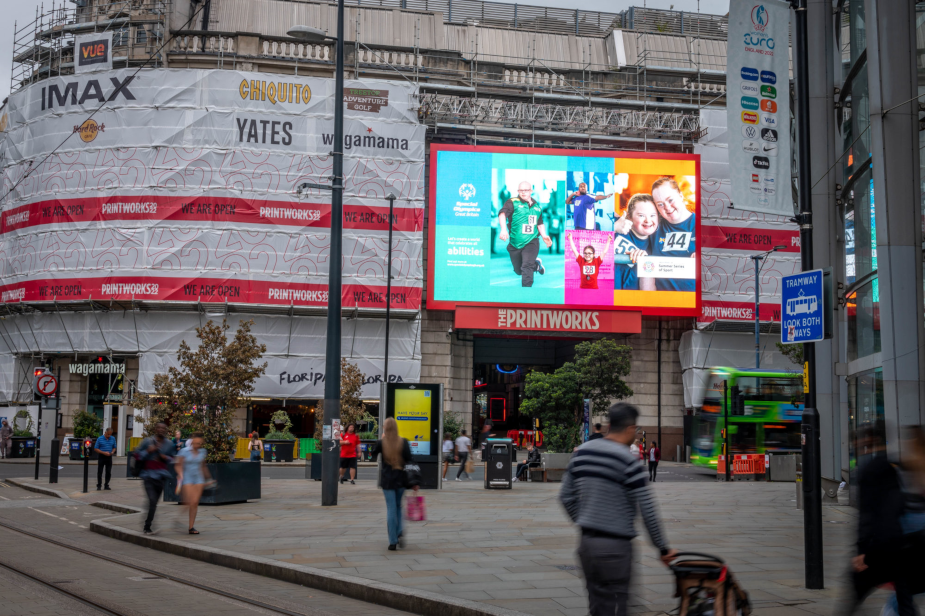 This is part of Ocean’s new partnership with Special Olympics GB which aims to deliver positive change by shining a light on young people and adults of all abilities through the opportunity of sport.

New research conducted by Ocean’s @The Local consumer panel reveals that 66% of respondents say they would like to see greater representation of disabled people in the media. Supporting these findings, a recent YouGov study reveals that 53% of intellectually disabled people feel less likely to be represented in advertising.

Ninety-eight percent of the UK population are reached by OOH every week (source: Outsmart), making it the perfect media channel to begin to address the imbalance.

The media has a key role in challenging bias and discrimination, but our survey shows that film and TV, advertising and social platforms are clearly not doing enough to encourage fairer representation. We need to do more.

No-one should be excluded from opportunity, something we are tackling head on, using our network in every major city to ensure that people of all abilities have the chance to lead fulfilling lives.

Special Olympics GB plays a huge role in tackling the lack of inclusion for thousands of children with intellectual disabilities and our partnership will go a long way to better represent and celebrate them.

The summer series of sport acts as a qualification for any athletes interested in being selected to represent Great Britain at The Special Olympics World Summer Games in Berlin 2023. With 107 GB athletes taking part in 18 sports, the opportunities for brands to level this particular playing field are for the taking.

Beyond Berlin are the Olympics and Paralympics in Paris 2024. Ocean is the world’s only OOH media owner to have long term partnerships with all three organisations recognised by the IOC, bringing all the action to the biggest and best screens.

Plenty to play for. Everything to win.