A Handbook for the Next Generation of Ambitious Female Leaders 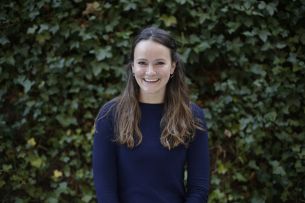 This is the introduction of a six-part series called A Handbook for the Next Generation of Ambitious Female Leaders. The series is based on 18 interviews from top women and aims to empower young women in the transition from university to their first full-time workplace. To get started on the series, click here to read Chapter One on personal branding.

“Everyone has something very unique to contribute to this world and you are not an exception.” — Vânia Cera

As a young woman just entering the workplace, things can be a little intimidating. You no longer have your posse of friends to cheer you on. Nor do you have your trusted professors to constantly give you the recognition and pat on the back that you sometimes crave. You don’t have the reputation you’ve carefully built up (whether consciously or not) among your peers, you’re probably way less experienced than all of your new coworkers and you might even be the youngest at the office. It’s a whole new playing field.

All of a sudden you need to reestablish yourself and you have no idea what you’re doing, where you’re going, who you’ll meet along the way and who you’ll eventually become.

Let’s start with a spoiler to this series: chill.

Too many recent grads in broader communications and marketing degrees (like mine) have no idea what they’re doing with their lives. Sure, that includes what to do career-wise but it penetrates more deeply and many also lack a genuine interest in something that ignites a fire within them.

I consider myself lucky to have grown up in a family where everyone had their own creative passion. Everyone, that is, but myself. Not having that right off the bat made me feel like something was wrong with me. So I proactively searched for what ‘my thing’ would be. It was by reading endless articles and books, and speaking to people in different fields about their work that I found out what happens to be that ‘thing’ for me. For now, at least.

More importantly though, I’ve found that it’s not about ‘finding your passion’. That’s never been the point. But more on that in a later chapter. 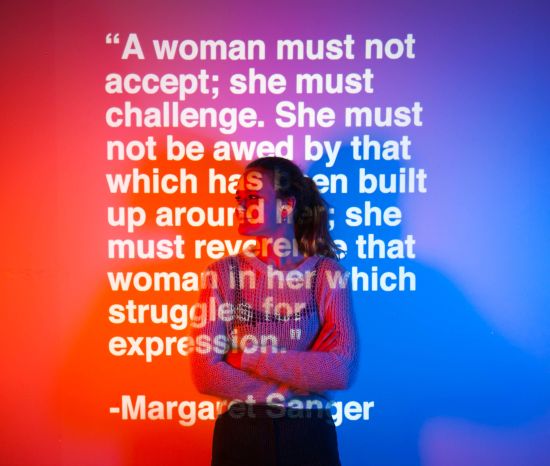 What to Expect From This Series

Expect a bunch of practical, cut-the-crap advice from female leaders in marketing, creative communications, blockchain, web development and more on how to act fearlessly at your workplace, be kinder to yourself, and to live by your own definition of success.

The women featured in this series all attended the Web Summit 2017 in Lisbon, an annual meeting point for change makers in tech, where I have met with (most of) them over coffee, wine or dinner to hear them out on a variety of relevant themes.

Each chapter in this series will cover a different topic of interest, ranging from the role of personal branding to the (un)importance of early career choices.

How to Use This Handbook

I look up to strong women and feel empowered by celebrating them. This project started out as a personal attempt before my traineeship to arm myself with actionable insights that I could employ in my own life from women who’ve been there. In speaking to peers about this project, I quickly realised that I’m definitely not the only person on the planet who could benefit from this wisdom.

This handbook won’t tell you ‘How To’ do anything. It won’t reveal the ‘5 Secrets to Success’ and it definitely won’t give you the ‘Easy Steps to Achieve Your Goals’. The biggest takeaway should therefore be whatever you make it out to be. It’s time to take control of your own learning (can you tell I’m a Hyper Island alum?) and your own career.

It’s been written by women, for women. From seasoned, successful women, to you  -  the new generation of ambitious female leaders. Straight from the trenches. These are women who have endured and eventually overcome the insecurity, anxiety and equal parts excitement that come from being at the starting line of your professional future.

That said, even though the conversation was framed around women in the workplace, most of the findings are equally relevant for the other half of the gender equation.

So on the days you feel a little less #boss and need a quick reminder of how awesome and capable you are, this handbook has got your back.

Finally, as women it’s important to remember that our success is never only all about us. It’s also about all the women who paved the way so we could be here today to pave ours. And it’s about the women who come after us to whom we hold responsibility in making that path even more accessible.

The 18 women featured in this piece have been so generous with their time and knowledge for which I am indescribably grateful. I look forward to, one day, following in their footsteps and sharing what I know with others. And, in part, that’s what this Handbook means to me. We’re stronger when we support and celebrate each other.