The M&C Saatchi Stockholm creative director dropped out of medical school for a career in advertising, but medicine’s loss is creativity’s gain 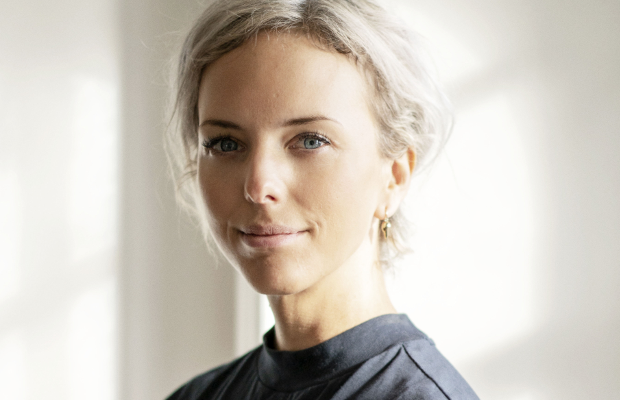 Linda Elers actually loves advertising. She can remember a time in her childhood when Sweden didn’t have ads on TV, but when they appeared she couldn’t get enough of them. So it shouldn’t be surprising that the M&C Saatchi Stockholm creative director gave up on a medical education in order to pursue her passion for advertising.
She’s been at her current agency since 2013 and for the past three years she’s been a creative director / co-lead and partner there, with a firm hand on the creative tiller. LBB’s Alex Reeves caught up with her.
LBB> Where did you grow up and what kind of kid were you?
Linda> I grew up outside of Stockholm in a loving home in an ordinary suburb, nothing fancy. I looked like a boy and was extremely shy. At age three I started reading, so I spent a huge part of my childhood with my nose in a book – when I wasn’t at the ice rink practicing figure skating (five days a week) or hanging out with friends.
LBB> What do you remember about your early thoughts on advertising? Were you interested from an early age?
Linda> Commercial TV didn’t really exist in Sweden when I was a child. I remember in 1992 when the first terrestrial commercial channel was launched, how I used to run to the TV when the commercial break started... (that interest lasted a few weeks). But no, I don’t think I was any more or less interested than the average kid.
LBB> You went to the Berghs School. It's such a well known advertising course. Why do you think it has the reputation it does? And what was your time like there?
Linda> I absolutely loved Berghs (which was lucky, since I dropped out of medical school to go there). I had always performed really well in school, but for the first time ever I thought it was fun going. I started liking Mondays. And I felt like I belonged. I think Berghs has its reputation because of the atmosphere and the culture it has created. The students want to work hard and want to succeed, so they do.
LBB> What lesson or piece of advice do you wish you'd had earlier in your career?
Linda> I think all my good and bad choices have taken me to where I am today, and I really wouldn’t want to be anywhere else, so I don’t think I would have changed anything (but I should probably have gotten to bed earlier many nights. Sleep is underrated).
LBB> Your 'Earn the Jersey' work for Adidas was incredibly powerful. What will you most remember about working on that campaign?
Linda> Thank you! That has been an amazing project to work on, on so many levels. We had many challenges along the way – we didn’t have a huge budget and we only had 20 minutes with each player in front of the camera, to name a few. But everything worked out well, and I think the challenges only contributed to a very honest and vulnerable feeling to the campaign.
LBB> What other work are you proud of working on recently and why?
Linda> We recently did a fun project for Reebok where we launched ‘Reebok To Go’, a rentable shoe service in order to make people walk instead of using electrical scooters. And last summer my colleagues created an amazing campaign for the Jewish Museum where people could pay the entrance fee with words, since the museum is all about stories. Both campaigns are creative and fun ways of addressing serious problems – that people are becoming less physically active and the increasing intolerance in society today.
LBB> Who are your creative heroes and why?
Linda> My 10-year-old daughter, Lilian. Why? Probably because I’m biased. But she is a super talented dancer and artist, and I really admire her stamina and learning curve.
LBB> What are your main aims and ambitions for M&C Saatchi Sweden in 2020... or for yourself?
Linda> At M&C Saatchi Stockholm 2020 is all about creativity. Our aim is always to raise the bar and this year we are focused on producing even more creative work and to be the best agency to work at in Sweden.
For me, personally, I want to find more balance and less stress in life and continue having fun at work with my amazing colleagues.
LBB> What do you like to do in your spare time? Any current obsessions?
Linda> I always have current obsessions. Right now, it’s meditation and vegan food. A few months ago, it was kombucha brewing and the stock market. Before that it was yoga and skin care. The list goes on. I think I’m just a compulsory student. Which probably makes copywriting the perfect profession for me.